We were up at 6.00am this morning because we wanted to get onto the water point early so we could beat the rush (if there was one), we don't do rush...... 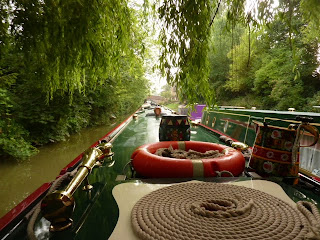 We tip toed our way past the moored boats in Cropredy and managed to get filled as the Cropredy bell struck 7.00am and the sun came up over the trees. 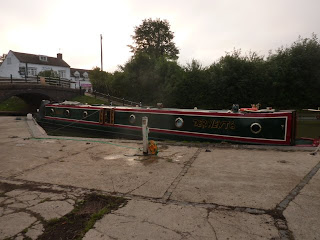 It was very quiet till we got to the Claydon flight of five locks where we had a couple of boats in front of us waiting to go through. 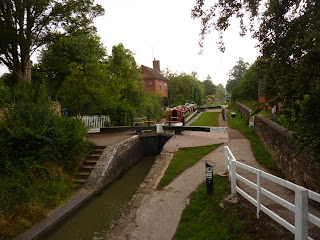 When we got to the summit we realised how shallow it was and as we were now full of diesel and had a full tank of water, we were very heavy. So we were nearly at idle for most of the way!!
We got through (with no scratches) the Fenny cutting (the old tunnel) which was very overgrown and tricky in places. 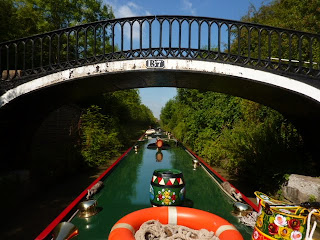 We arrived at Fenny Compton at midday, and there were a couple of spaces on the 14 days.
We had to go to LeeSan and pick up a couple of carbon filters which set us back £150.00, but these are needed to stop a smell we seem to be getting outside when we flush the toilet, more about that later. 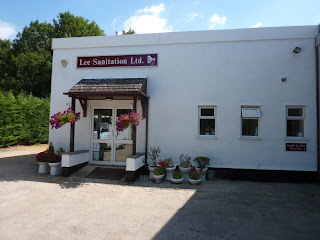 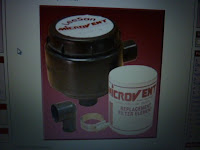 To drown our sorrows we spent more money and had lunch in the Whalf inn pub. We got talking to another boater (Whistler) who had engine problems, that made us feel better. 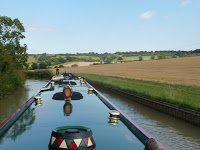 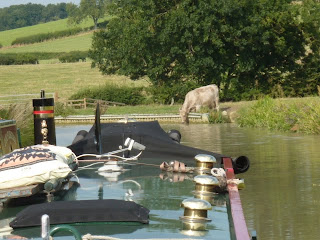 We then set of for the countryside and cruised for another two hours before mooring up. We are back to a poor phone and internet signal but we have got peace and quiet............. 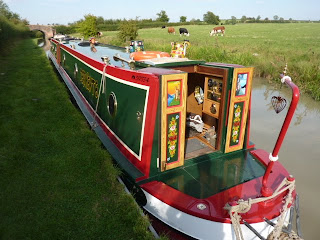 It was good to meet you at the weekend. I really enjoyed the atmosphere at the festival and had quite a few laughs. I'm sure we will run into each other again as our home grounds are not too far from each other.