Day Three at the Cropredy Festival

Well it was our turn to get up early and join the queue for a good seat for the last day of the festival. 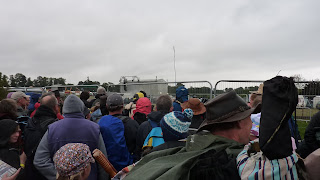 The gates opened at 11.00am and we managed to save a spot using chairs and blankets and a few plastic sacks. It then started to rain and the rest of the crew turned up at about 11.30am. 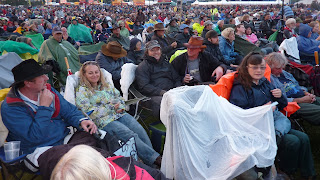 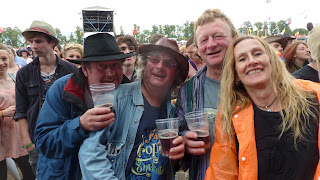 We stayed and watched Richard Digence, who turned out to be very good, before we headed back to Derwent6 for some breakfast while a Reggie band playing Sergent Pepper and Pink Floyd tracks.....Sacrilege.

A couple who we met in the Brasenose (and we have forgotten your names, sorry) had managed to get us some go-cart tyres for fenders and had left them on the roof for us, so thank you very much for those.
We then met up with Dusty the coal boat and got topped up with diesel. By this time the rain was tipping it down and the field was now becoming a quagmire, but we didn't care, we had the right gear on and it was good fun. 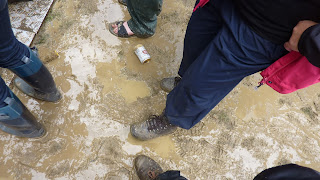 We then watched the group Ahab, who we saw in the pub and they didn't disappoint on stage, we will be getting their new album in November. 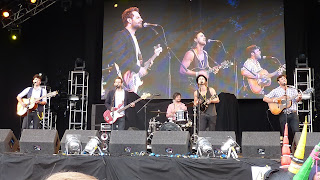 Then came Rick Wakeman and he was a bonus and a joy to watch and listen to. He can make a keyboard talk. 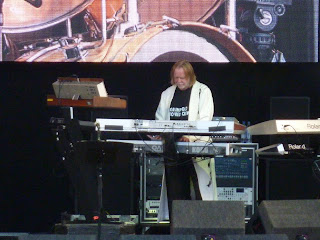 Then it was Martyn Joseph, who was a bit like Bruce Springsteen, with acoustic guitar, though he will never be the Boss.
Then it was Fairport Convention who done their thing. They did a section on Excalibur a musical they are involved in, but we feel they should have stuck to the folk music, which they do best. 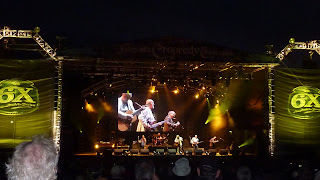 While they were on we had thunder and lightening and the rain.....oh the rain!!! We got soaked again. When it ended, we said our goodbyes to all the crew we had spent the festival with, and when we joined the crowd walking out, it was like walking in a mud bath. We all sang songs to lift our spirits. 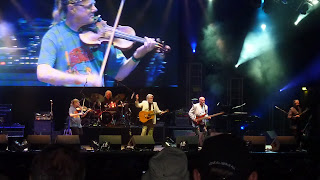 We got back to Derwent6 at about 1.00am and cleaned ourselves up a bit before getting into bed.
Posted by Del and Al at 7:59 AM