What a difference today!!!!After the showers we had yesterday Del was out doing the brasses while Al made some flapjacks and cleaned inside Derwent6.

We then fired up the BBQ and at 12.30pm Phil and Marlene joined us for burger and sausages in a roll. Pat and Keith then walked along with some extra rolls and we sat in the sunshine listening to music. 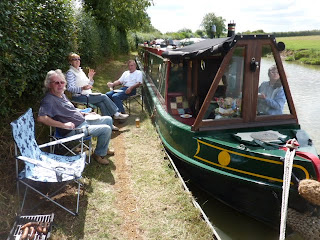 After everyone had wandered off, we walked back up to the shop and replenished the meat we had used.
We got back to Derwent6 at about 5.30pm and had a bite to eat with some wine in the cratch on Derwent6.
We left for The Red Lion pub and got there just in time to see the Swamp Band who are from Banbury and are very good. 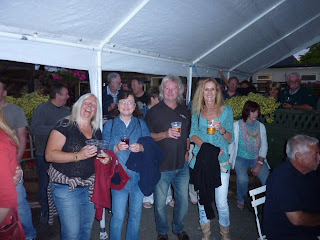 They played a lot of Country stuff. 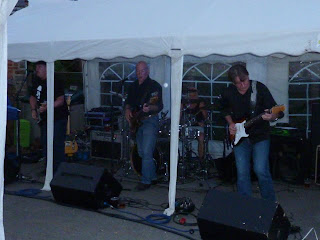 The 9.00am band came on and were very disappointed, so it was drink up time and we made our way over to The Brasenose Arms. A band called Ahab were on with a folky rock mix. They were fantastic and really new on the scene. 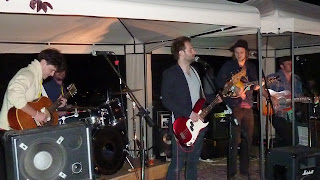 After the gig we got talking to the lead singer and were invited to a session with them with Bob Harris from Radio Two. Rude not to!!!
After a great night we got back to Derwent6 at around 12.30am and had cheese on toast before bed....
Posted by Del and Al at 5:20 PM

Hi both, hope you are keeping well. Looks like a great time is being had in Copredy!

Derwent6 is looking great with those barrels and if Del keeps polishing them brasses there will be nowt left of them soon lol ;-)