While the sun shines

We had a slight drizzle this morning, but had the itch to move. As we pushed off there appeared to be a blue patch so just like the north star we followed it. The rain stopped and we had a hazy sun on our backs as we went through Cosgrove lock and made our way on to Yardley Gobion, minding the older ducks on the way.. 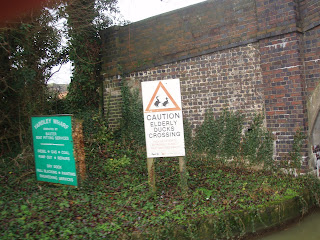 We passed only one boat and it was very easy cruising with very light winds and it was at this point we felt that we were back in the very rural part of the country again. 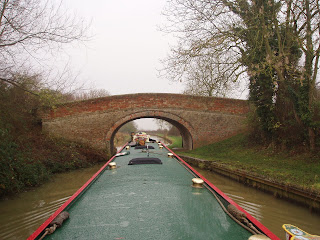 Does anyone know what happened here? 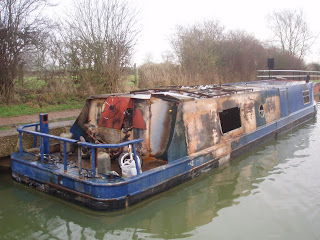 We then hit the Stoke Bruerne flight and most of them were in our favour. At lock 19 someone had left a fridge right by the lock, Umm wonder where that will end up. If someone can be bothered to get in their car and dump it here, they might as well take it to the tip, the mind boggles.... It then started to rain as we went through the last two locks, and we decided to top up with water. 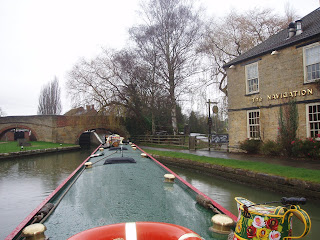 We know we appear to be topping up with water all the time but we do have a big water tank and if you leave it to get low it can take a hour and a half to fill on a slow tap. Also we always do our washing when cruising and it uses a fair bit of water, so it pays to top up when you can, and at the least inconvenience to others.
The rain by this time was getting heavier, so we found a mooring opposite the water point and moored for the night. We have switched to coal now the temperature has dropped as it lasts longer and Derwent6 gets hotter than ever. You can also keep it in overnight. 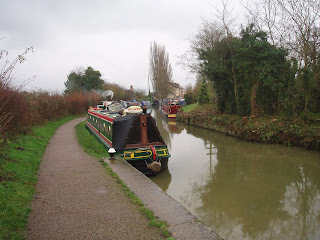 All the boats around here are decorated on the outside for Christmas and Derwent6 looks a bit bare. Good job the brasses are clean and it reflects the lights from the other boats and looks rather pretty. 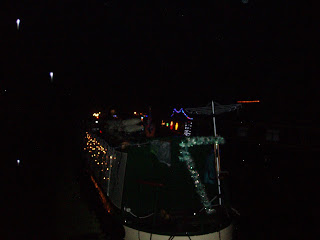 This is the first time for about three months we are now back on 2G. We really have been spoilt from being around London and having the super fast 3G+, lets hope they get it all over the country in 2010.
Yummm lamb chops tonight (with mint sauce) so another snooze could be in order.
Posted by Del and Al at 8:24 AM

I came through this stretch today, I wondered about that poor burnt out boat too... Moored at Yardley tonight, onto Milton Keynes tomorrow! Seems like we're cruising very close to one another at the moment! I'll keep an eye out for you.