Weedon our way up

We left early this morning again with a damp mist and it being very cold, but it didn't stop us moving on today. The worrying thing was we could hear one of the multi belts slipping on the engine, but as the engine warmed up it disappeared, something to look at later we think. We soon entered Blisworth tunnel and we were amazed at how much warmer it was in there. We could feel the cold air when we got past half way and got near the tunnel exit. 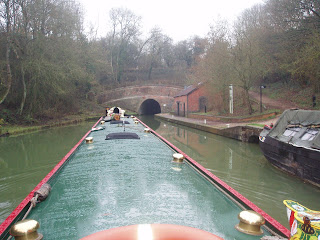 The scenery was fantastic with a cold damp feeling and peace and quiet. 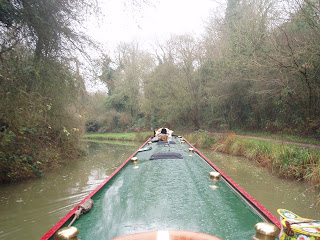 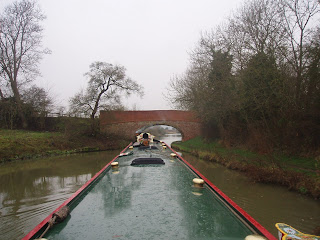 We had no locks today as we made our way up to Weedon. We loved this phone aerial disguised as a tree. 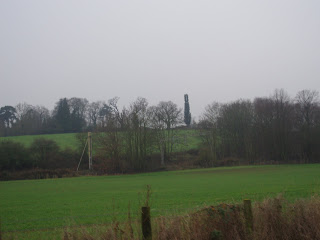 We got to Weedon at about 1.00pm and just about squeezed through as they were doing something to the marina, and all the boats were out on the cut. They were adding pontoons and things, all we can say is there must be some money in marina's.

We saw a spot which looked a bit tight for Derwent6 but we gave it a go and we slotted in with inches to spare. The rain and sleet started to come down and we thought it might freeze, watch this space to see if we can move in the morning.

We then had a look at that belt slipping, so off came all the engine covers and on adjusting the belt noticed some play in the adjusting pulley, which we had mentioned to our boat builders Fernwood ages ago because it was squeaking in the mornings. We ended up adjusting it to stop it slipping, but it has made the squeak from the pulley worse. A call to Fernwood we think....We also carried out some engine checks while we had the covers off, like antifreeze checks and stern gland greaser, levels and engine mount bolts checked. Derwent6 will soon be due a service in the new year.

After messing about with the engine we played games all afternoon, all good fun, with a bit of telly in the evening.

As Harnser says Brinklow?, a typo surely it is Blisworth.;-)
Make that call quick, they are launching a boat tonight (Wednesday) very near you (Weedon).
Maybe there on Thursday I guess.

Sorry typo due to brain freeze!!....all sorted, Thanks!

typo my foot, you were too wraped up in those games you mentioned.