The wind and rain this morning was hammering against the roof so hard we thought we weren't going anywhere today, but by 9.30 the sun was trying to come out. The good thing about the rain is we found out where the water in the bilge had come from. It turned out that the drain holes were blocked on the weed hatch, and a quick prod with a stick and a clean out was all that was required. 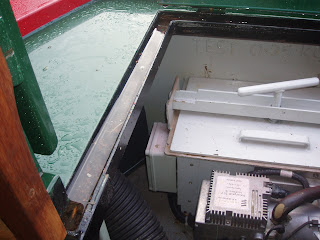 We made the decision to move, a odd one for us on a Sunday, but it turned out to be a good one. We had about a hour cruising before we got to the first lock which would be the one of many today. 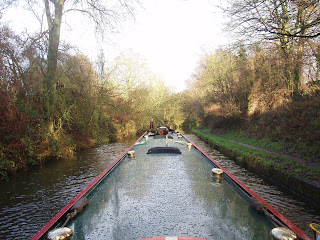 The Marsworth flight is a series of nine locks which are quite spread out. We were very lucky that a boaters party had been going on the night before and they were all leaving this morning to go back up the flight, this meant that all the locks were in our favour and we soon got through them. 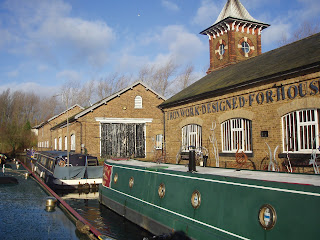 We remembered this time to make a flask of coffee, as you don't get time between locks to make one. Bet this fellow could have done with a coffee, as he was taking a break from making toys and wrapping presents. 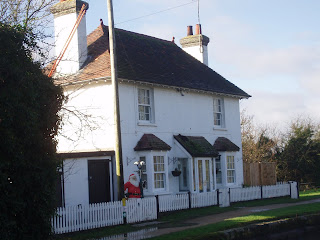 On the second half of the journey a boat pulled out in front of us, so we got some help down the other nine locks we did today. The scenery down this section is just lovely with all the hills in the background. 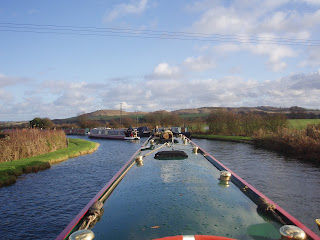 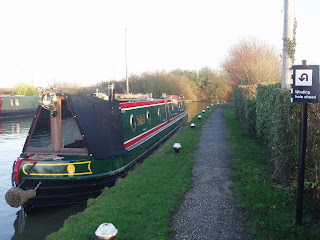 We had planned to stop at Slapton, but managed to get up to Church lock where someone has now bought the church and turned it into a house, pretty cool Huh. 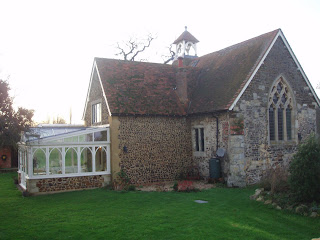 We moored up with the sun setting and a very pink sky but it had turned very cold in the strong winds. Al made a lovely Shepard's pie to warm us, before hugging the fire for the evening. 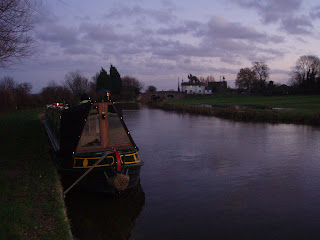