We had a bit of a drama this morning.. Al was drying her hair when she let out a loud scream as her hair dryer had blown up right by her face. She threw the hair dryer down on the floor and Del (who was standing on the stern) leapt in to find Al in a bit of shock. It is only 6 months old and had broken up inside and was smoking as Del unplugged it and got it off the floor. Luckily Al was ok... Still in a bit of shock we set off at 8.30am and as we untied two single handed boats came racing past us. So we just took our time to get up to the lock which was walkable.. 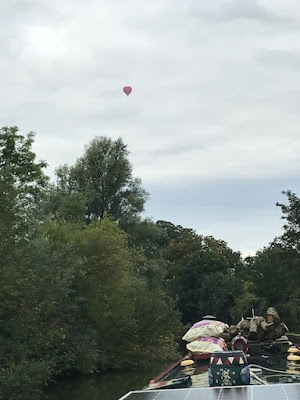 Went Al got there she found the top gates had been left open and the boats were in the second lock just ahead.. Not in a good mood after the hairdryer incident, she did no more than walk up to the guys and let them have it. They seemed very embarrassed about doing it, apologised, and sheepishly closed the gates from the lock they were in.. The lock gate was leaking bad and already the pound was down by a foot.. 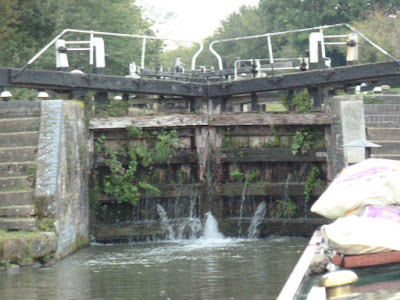 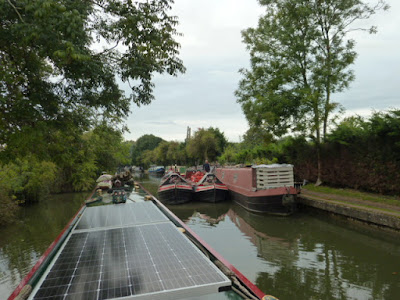 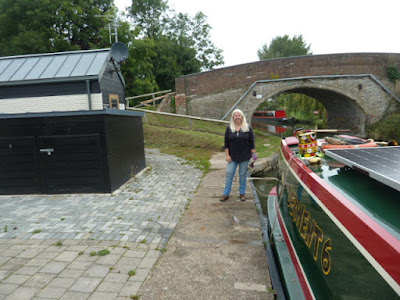 We then got to the Marsworth flight of seven locks and soon met Keith who was the volunteer lock keeper. 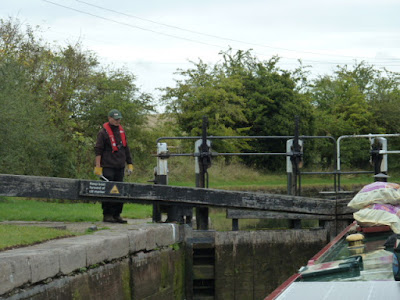 We just have to say he has been the best volunteer locky we have ever met on the system.. 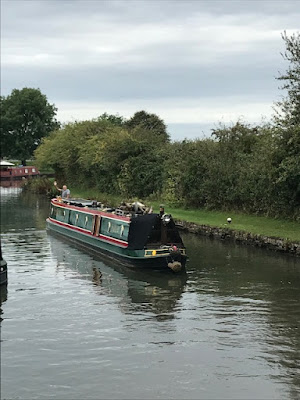 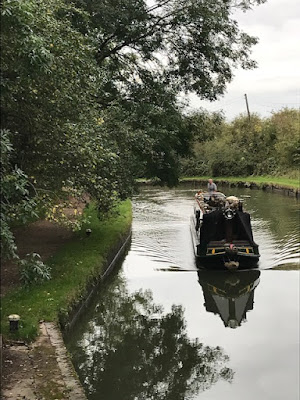 He was polite, friendly and efficient, and asked us how we wanted the lock opened. He then did the paddles and Derwent6 didn't move at all as we went up. He helped us up the whole flight, alternating with Al to go ahead and set the next lock. Thanks Keith!

At the top we took a sharp right turn and went up the shallow Wendover Arm.. 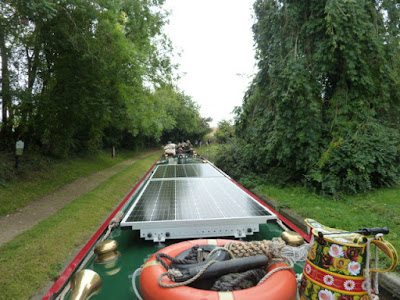 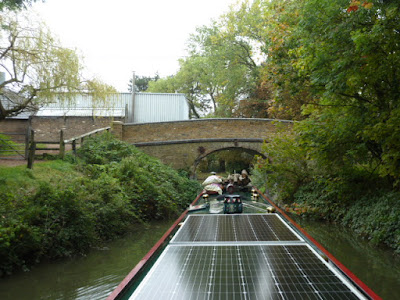 We were warned about how shallow it was but we have done it before so thought we would risk it.. The art is just to go slow, very slow. In fact idle the whole mile and a quarter till you get to the basin.. 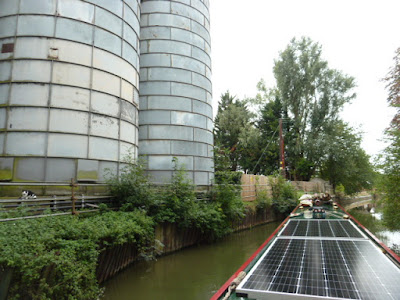 It is very pretty along this section and god help you if you meet anything, but you are well rewarded when you reach the end.. 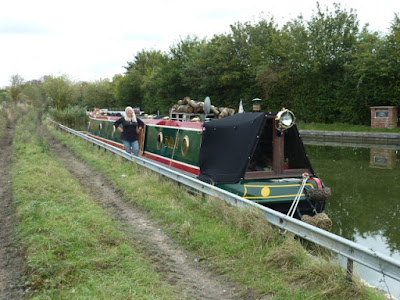 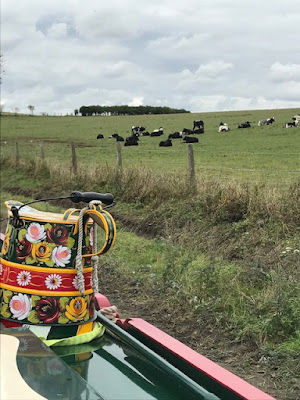 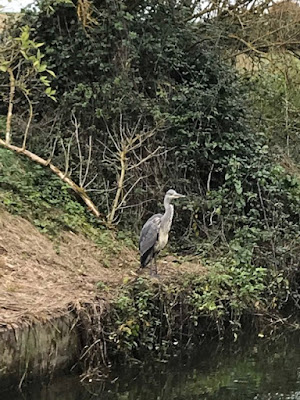 We were the only boat here and we had it all to ourselves. 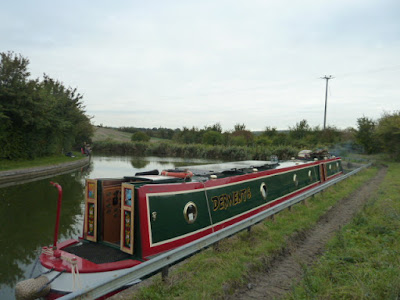 It was good to see the Wendover Arm Trust working on the last section of completing the canal all the nine miles to Wendover, but more on that later.
Del watched the football and then did the brasses on Derwent6.. It is so quiet here you can hear a pin drop, but you can just listen to the birds and watch the planes in the distance landing at Luton.. Oh and we lit the fire for the first time this autumn.. 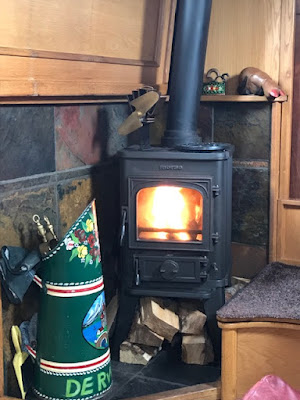 What adventures! Glad you are safe! Sheila and Steve

I remember a very long warm sunny afternoon down the Wendover arm with the two of you! Think we were the only boats down there.

Thanks Sheila & Steve, there's never a dull moment! Hope you're both well x

Hi Amanda, we remember it well, and when we were going down the arm remembered seeing you cycling the towpath! Apart from one boat for one night we were on our own down there this time as well, it was lovely! x