Long day back to Cosgrove

We had another long day planned for today and we were surprised there wasn't another frost.. We waited for the sun to burn off the mist and then made our way up to the Soulbury Three Locks.. 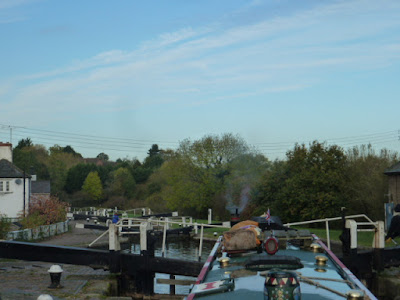 Just as we entered the top lock the volunteer lock keepers turned up. This is their last week and it is still half term week with the schools off. They were straight on the case and getting the other locks ready for us, which made light work of us going down. 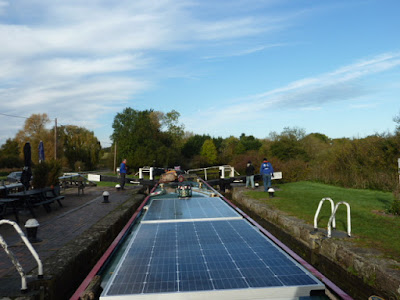 We then went round to Stoke Hammond Lock and it suddenly turned very cold in our faces, but the sun was shining on our backs.. 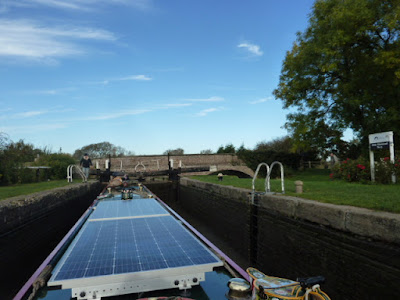 We then set off through the avenue of trees, which were a sea of colour with their raining leaves covering Derwent6.. 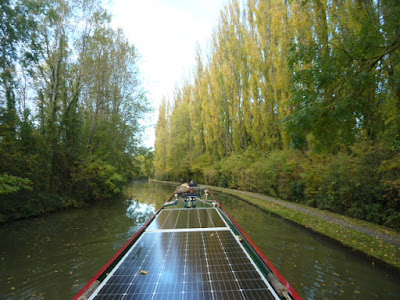 Then we had a swan display where two of them were fighting. 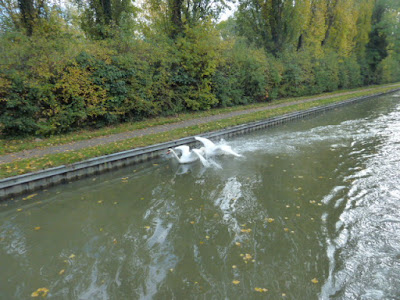 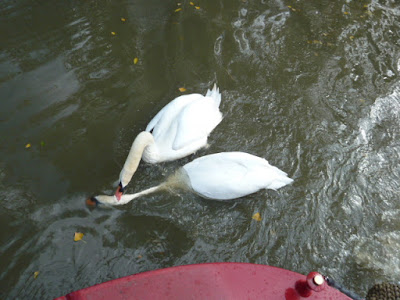 And then another male joined in and made it three. 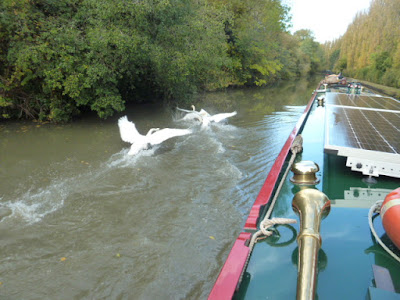 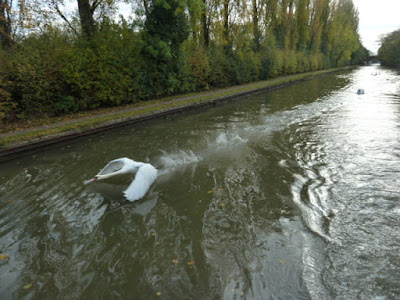 All this happened while we were cruising.  We reached Fenny Stratford lock with is swingbridge in the middle of it. 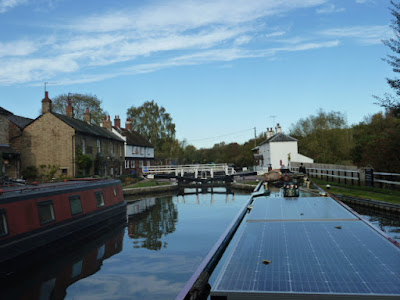 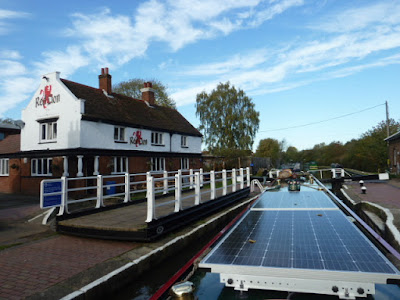 We then spotted some wood, and there appears to be loads of it at Milton Keynes. We quickly stopped and loaded up the roof with more fuel to fire, boaters gold! 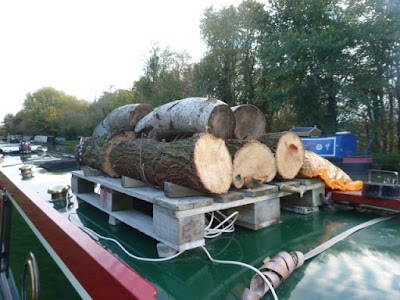 It was a tad cold but very pretty as we carried on past Newlands, which should be called Newbridge.. 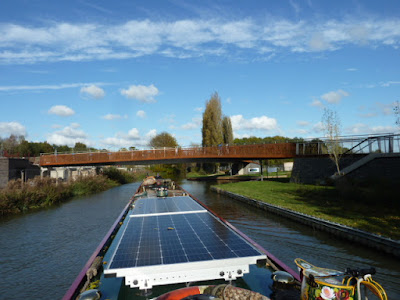 This time it was busy at Campbell park with boats even breasted up. 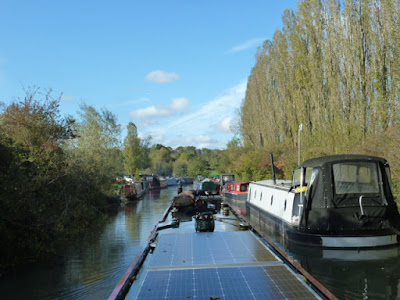 It had been very quiet cruising, but as we got to Wolverton things just got very busy and we passed five boats in succession.. 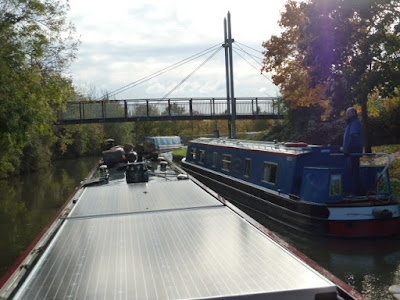 We passed the most famous wall on the GU. 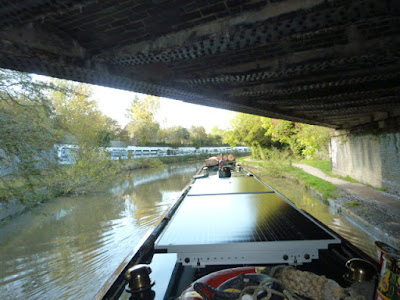 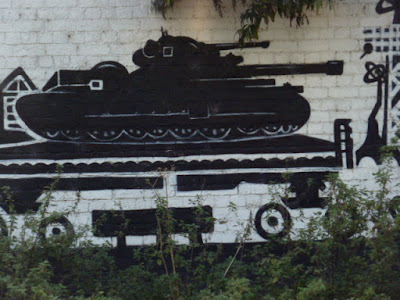 Then on to the Iron trunk aqueduct. 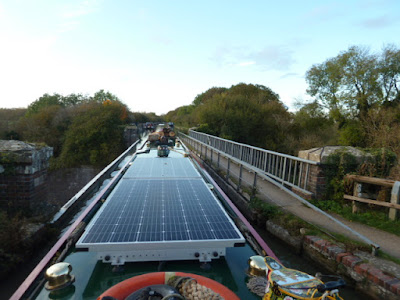 We then looked for a mooring at Cosgrove and on doing so got something wrapped round the prop.. It turned out to be a piece of cord, a boating fender, and a pair of ladies knickers!! Nice! 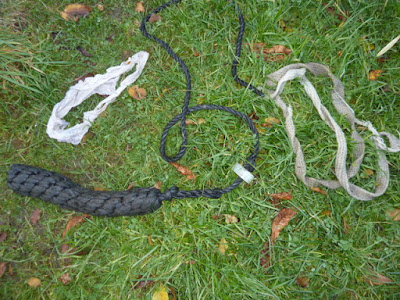 We ended up mooring on the winter moorings which start at the weekend. The weather looks ok for the next two days, then its rain for the following four days, what shall we do? 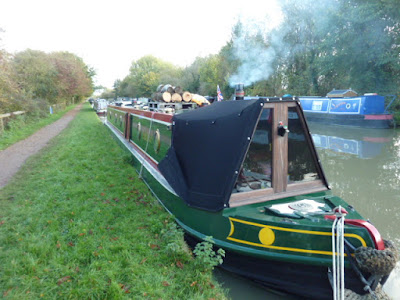