Tea at the Ritz

We were up early again as Al was getting the train down to London. Del was having a chilled day but Al was having a bit of a treat. For Christmas, Sarah got an afternoon tea at the Ritz and she asked Al to join her.. 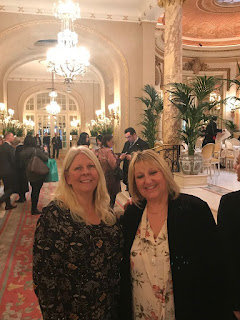 They met in London and got there for 11.00am and had a wander around the Ritz until they could be seated in the Palm Court which is like a big conservatory. 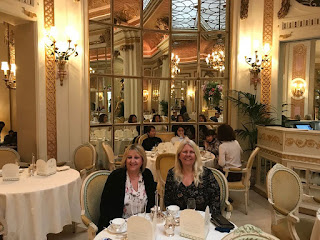 They chose their tea from the menu and then it arrived. Its as much as you can eat, so you don't leave hungry! 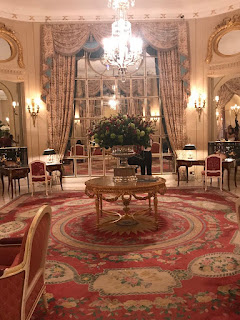 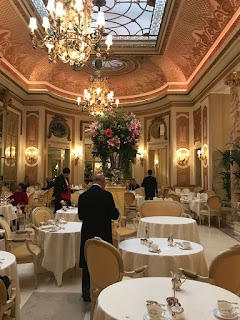 They got back before the rush hour and were still full up and didn't need anything to eat when they got back..
So it was football and the Olympics in the evening..
Posted by Del and Al at 7:10 PM

See you can take pics now.When I went you were not allowed.!!!!

Lovely top/dress you have there Al, looking absolutely fabulous!
Ann and keith xx

Hi Tel, well I think we were allowed lol, put it this way they didn't tell us not too!!!

Thanks Ann & Keith, had such a lovely time! x