We don't get each other cards and things for Valentine's Day, because every day feels like Valentine's Day, a good excuse for Del, but Al still likes to do little things and it started with breakfast.. Yep that is heart shaped toast! 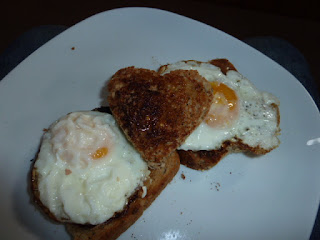 We then made a few phone calls because we wanted to sort out some things on Derwent6, but more about that later..
It was a very cold night and the central heating had to come on for only the third time this year as we had ice on the inside of the portholes and the fire needed support! Mmm it was lovely when we did that, looking out the window to see we were iced in. 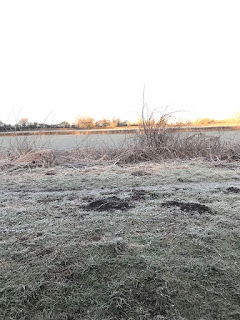 Soon the fire was roaring and the ice on the canal was melting as things warmed up a little outside.
Del then re-checked all the belts on the engine, as when the generator was used the other day we could hear one slipping, also the bilge was cleaned out and some greasing was done, as the covers were off..
We still have this drip from the oil seal but we will have to go to the safety of a marina to change that because Del has to remove the main pulley which became loose and it means the keyway will be inspected and all the re-torquing will have to be done again. Finger's crossed it comes off and goes on alright.
In the evening Al had cooked a lovely Valentine meal with loving wine!! Bless! 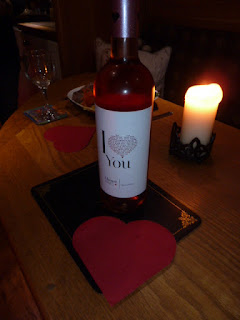 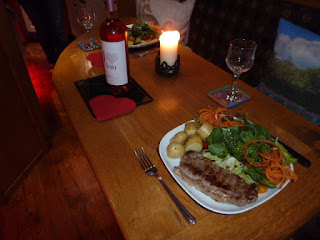