Beer top up at Leighton

With us sitting at Tring Station it was an opportunity for Al to go and see her Mum and Dad and also pick up the things she left down in Kent when we went to see Bon Jovi. So we were up early and she left at 9.30am. Del did some jobs while she was away like checked the diesel tank for water and cleaned the filters. He also checked the water levels, sorted out the bilge and regreased the stern glad greaser.. we also had to repair a bank of lights which had gone out and Del found a loose terminal. Inbetween all that he went out on his bike. The latest on Al's Dad is that he is now having a scan before his second bout of chemo to see if the first bout has made an impact on the tumors found. Al got back to Derwent6 at 6.00pm and we sat out in the cratch with a lovely salad tea.

On Thursday we decided to move so we were up early again, 6.00am in fact and we set off at 6.45am and made our way across the Tring summit to the flight of locks at Marsworth. 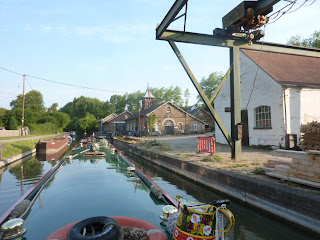 We only had to wait fifteen minutes till another boat arrived so we could save water and go down as a pair.. 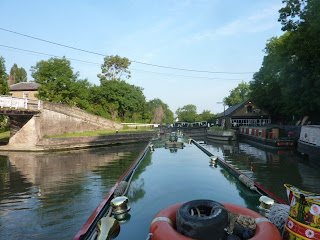 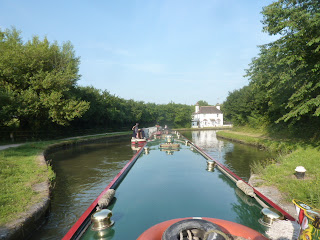 They turned out to be a nice couple who had a lot of boat experience and we made good progress through the flight.. 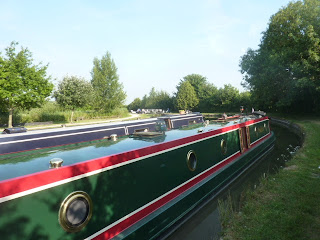 On the way we passed Jill and Graham on n.b Matilda Rose. It was difficult to stop, but we will catch them later in the year we hope.. 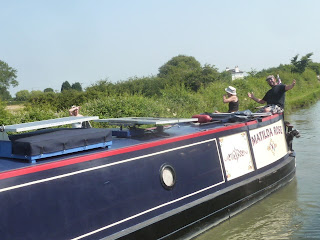 We did spot some otters on the way, playing in the warm waters of the canal. 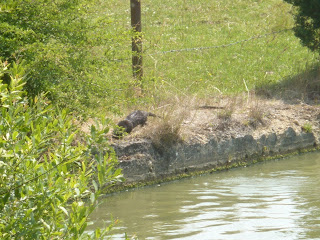 Al also managed to find a cherry tree so rude not to have a few for a pie or two... 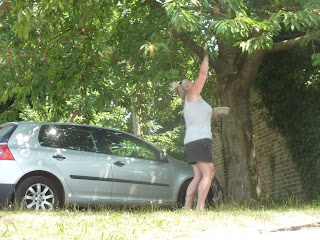 We ended up doing 19 locks and 18 of them were with this other boat. We stopped at Leighton Buzzard for a Tesco's stop and go as we were dry with drink. 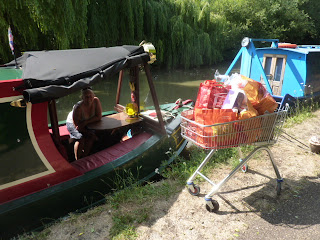 So topped up we set off again and did one more lock before mooring up..  We found a spot where we could get telly and have a bit of a decent phone signal. We had some tea out in the cratch and watched a bit of telly in the evening for a change..
Posted by Del and Al at 9:11 PM