So we sat tight here in our lovely spot along the Grand Union at Flecknoe as we were waiting for friends Clive and Jackie on their lovely Hudson n.b Jacana.. 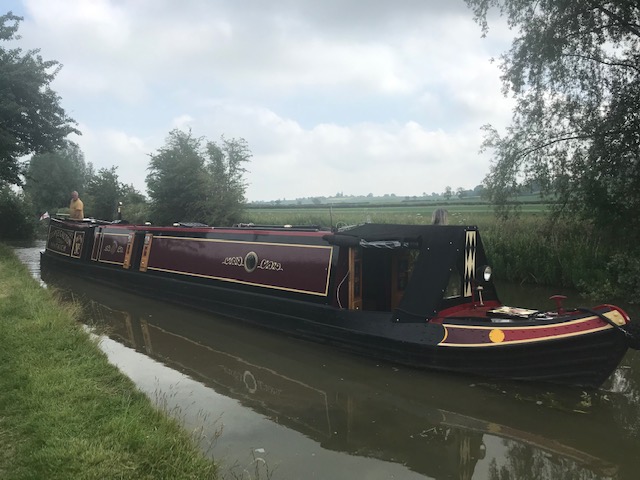 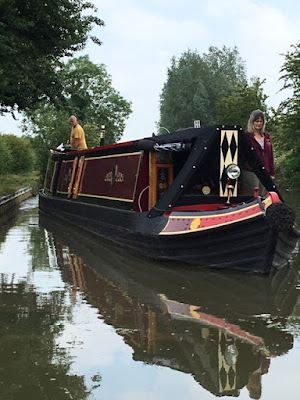 It was lovely to see them again and we soon got the chairs out and also the bbq with drinks of course, and Jackie made some amazing burgers! 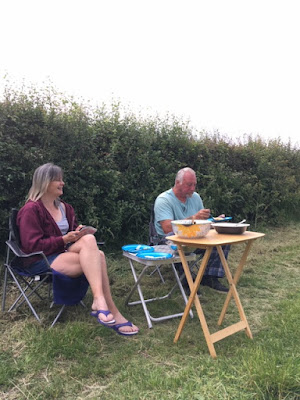 We had a lovely catch up with them in between storms..  They are now full continuous cruisers after being in a marina for two and a half years and they are finding it exciting but also so different.. We both enjoyed each others company so much we stayed a bit longer than we thought we would, but we did have to watch our water as we had done a load of washing before they turned up..
They needed to turn round as they were meeting up with their son for father's day, so we saved a spot for them on their return..
Del got out with his glider again and Clive joined him as he used to do ballooning and was very interested.. 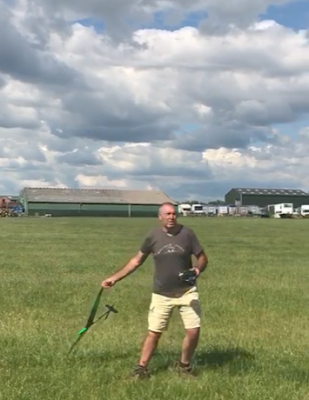