We had a very heavy downpour overnight and the whole day to ourselves, so Al did some washing and Del went over his brasses again..  We enjoy listening to "the sounds of the seventies" on a Sunday aftrenoon, and we did just that before we made the decision to make a move.. I know it seemed a bit irrational but we had our reasons as we had a lot going on tomorrow. It also made the most of the longest day as we like a bit of evening cruising. 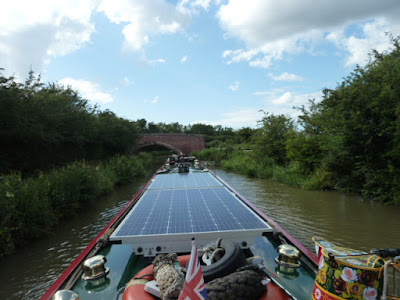 It was still very warm and we made our way towards Hillmorton Locks, the weather looked iffy though.. 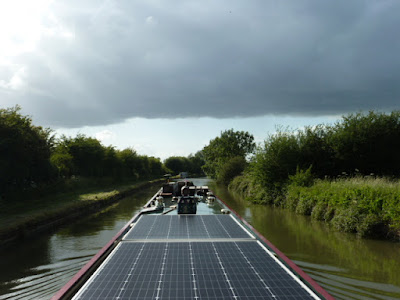 We were surprised how fast again the housing is going up in these areas.. 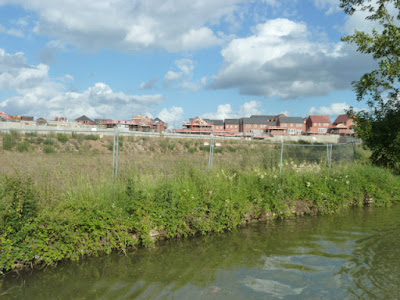 At the locks it got quite busy with boats and people walking around but we seemed to avoid them alright.. 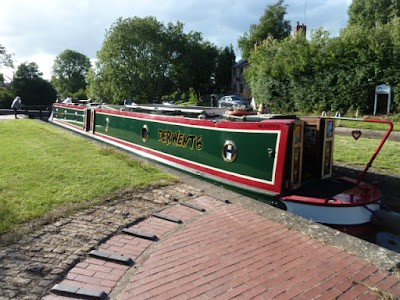 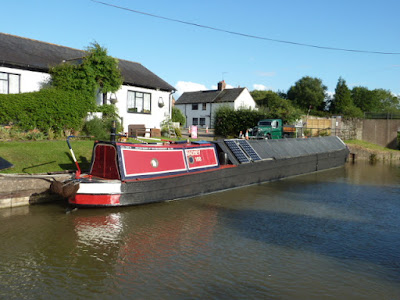 At the bottom lock it was so nice we hardly got off tickover just taking in the scenery and thinking how lucky we were..  We moored at our old favourite at Clifton which was empty. We .have started to notice a bit of graffiti on the bridges here so things are changing with the houses all going up.. 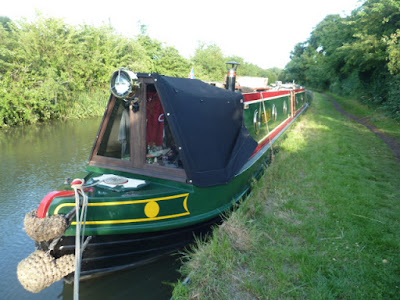 It was busier than normal on the towpath, but we felt it was still fine..
We watched a film and then took an early night as we had an early start in the morning..
Posted by Del and Al at 10:06 PM