Friends will be Friends!

Today we hired a car from Enterprise here at Leighton Buzzard and made our way down to Kent. We picked up some logs from a farm we know down there and then went to Sevenoaks, a old haunt, and had something to eat on our taste card.
From there we went to another old haunt, the Sydney Arms in Old Perry street at Chislehurst. Many moons ago Del used to work in the garage opposite and this was the after work place to wind down.
We were met there by Paul, a friend who Del used to work with in that garage opposite, and also Zoe, Gregg, Terry, Ron, and Simon. 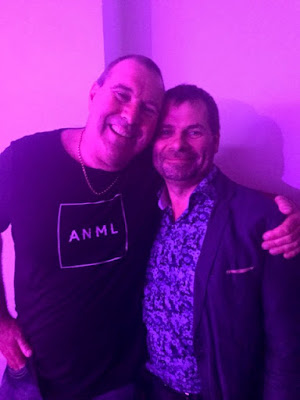 Then Shipmate's Mark and Sian turned up with the Forever Queen band member's Craig and Mark, which was the whole reason we were all down there.
We went over to the gig at the Beaverwood Club and met up with Steve, Erica, and Tanya who had saved prime seats. 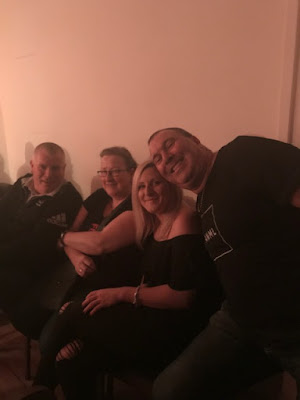 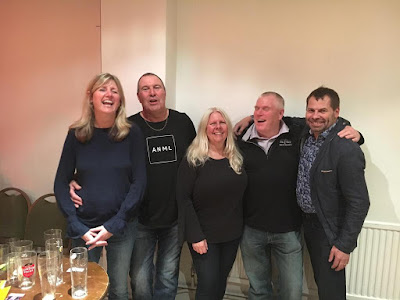 The band came on at 8.30pm and done the business as usual. 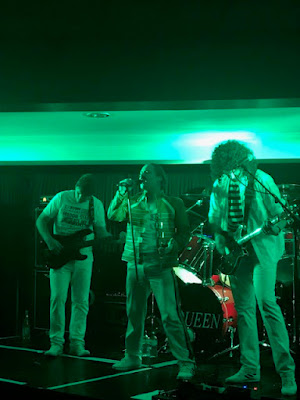 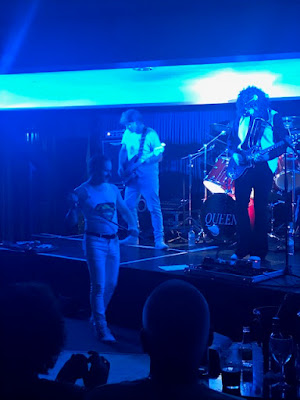 They rammed in so many tracks from early to late to a 180 crowd, not bad on a Thursday night. Well done guys! 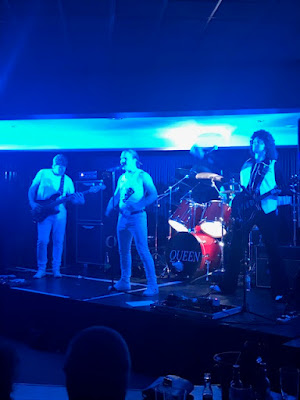 We came out of the Beaverwood at 11.45pm and jumped in the hire car and drove back to Derwent6. It was a great run actually, and at least the tunnel fees were free. We were hungry again when we got back so it was a bit of toast and marmite and bed..