We did as we said and stayed put over the weekend watching sport and sorting ourselves out.. The brasses now are in desperate need of TLC as Del still can't polish with his arm. The lump has gone down a bit and now he has chronic tennis elbow in it. So lets hope it heals before the engine gives up the ghost!
We decided to set off on the Monday as the weather was so nice, and do a long cruise. 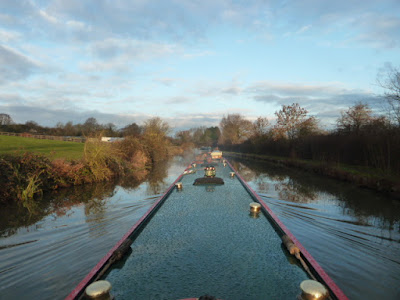 We soon got to the three locks at Soulbury and got rid of our rubbish at the first lock.. 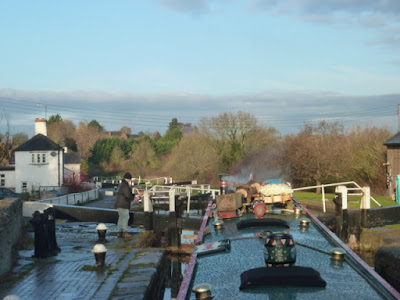 It has been so quiet round here with not much boat movement now winter is upon us. We pulled up on the fast water point at the bottom of the locks and while filling a wide beam came round the corner. 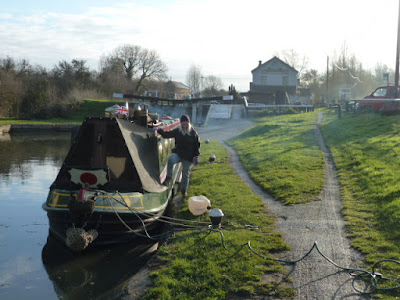 We both walked up to the lock gates and opened them to which they were very grateful.
We then set off to Stoke Hammond and this lock was in our favour, in fact the gates were even open for us. 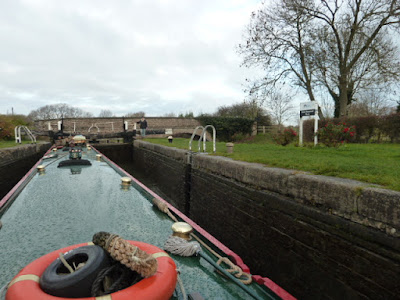 We then kept going to Fenny Stratford and this lock has a bridge through the middle of it. It was open and the paddles were up with no boat to be seen.. After waiting a bit a boat pushed off about 500 yards away and we opened the gates for him.. During this time another boat had pulled up behind us,  just as the boat coming up pulled out the lock. 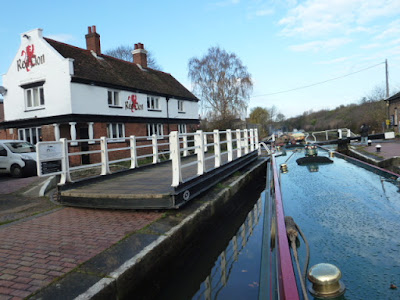 It turned out that they both needed water and we left them with boat rage on who was going to get water first. We just went down the lock and shut he gates leaving the bridge open as they sorted themselves out. It was good to see the Red Lion pub renovated and reopening tomorrow.
It is plain cruising from here around Milton Keynes, and apart from the leaves and plastic bags it was easy cruising. We did a couple of washes on route and we now had fresh bedding for tonight. 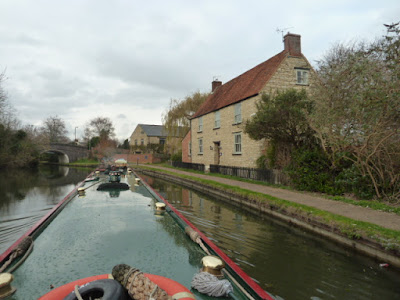 Our next stop was at Wolverton where Al walked up to the shops to get a few bits while Del waited with Derwent6. 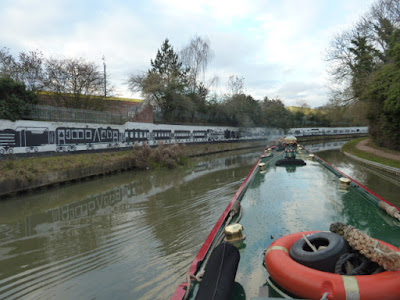 We then went up to Cosgrove where mornings were abundant, so we picked a nice spot that Tooty the cat likes (yes he does rule the roost) 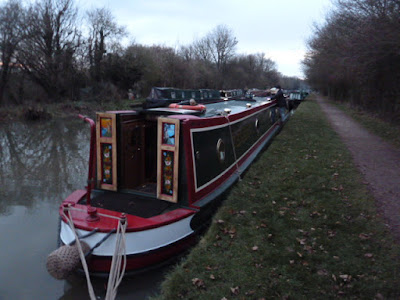 It was a cruise which took us six hours with a couple of stops along the way. It had just started to drizzle and we just got there before it started to get dark.
Posted by Del and Al at 3:25 PM