To miss this hot weather we decided to do some early morning cool cruising..  We left at 6.45am and trickled by the moored boats at Willington. Someone was on the services and pushed off behind us with the same idea as us. 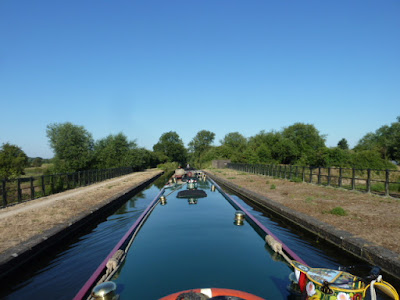 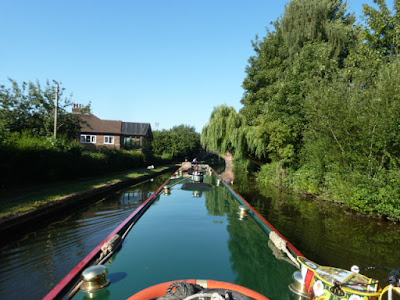 It was an hour and a half before the next lock so it was a nice slow and pleasant cruise through Egginton and Stretton before we got to Dallow lock in Burton on Trent. 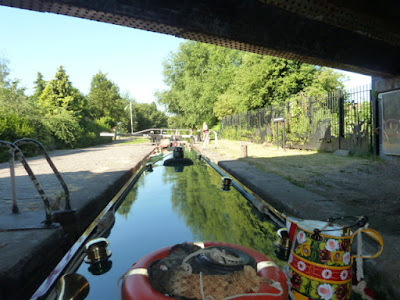 These are all single locks from now on. These locks are a bit tricky with the paddles up because they push the boat into the gates and a lot of reverse is needed to keep off them.. Slowly, slowly is always the answer..
We then passed the Brewery of Marston's with that lovely hop smell to get your taste buds moving. 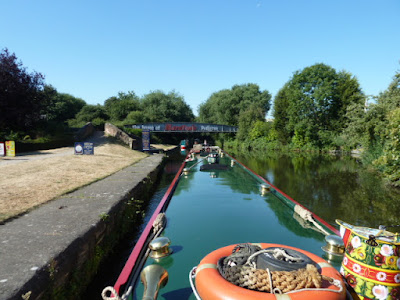 We then got to Branston Lock which feels like its in the middle of nowhere. 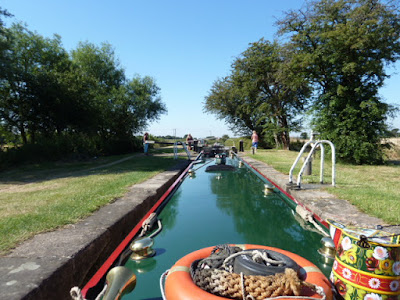 It was all a little bit black and white here!! 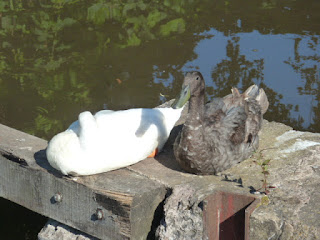 At this point we had lost the boat behind us and then passed the water park and on to Barton turn lock, which is the trickiest of all, because it is difficult to close he gates. Derwent6 gets a little bashed in this one and its difficult to stay away from the gates with its water rushing in over the bow.. 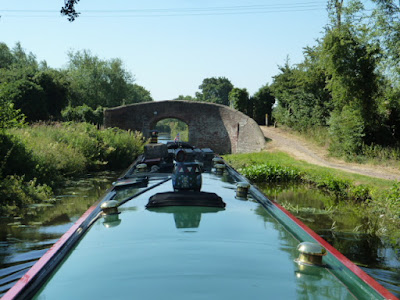 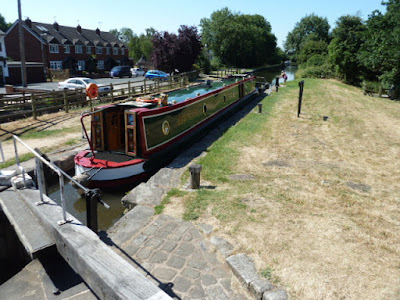 Its so noisy on this section due to the lorry's from the works on one side and the A38 on the other, not a good place to moor.. The canal gets cleaner as it turns back into river here and we get to Wychnor Lock.
As you exit you're back on the river and we pass the weir and then get to Alrewas Lock. 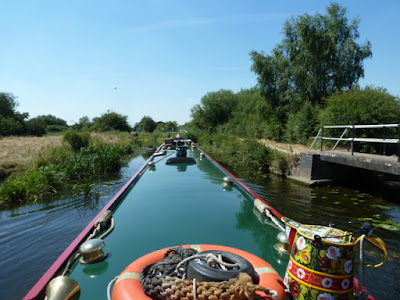 As we came up we had our fingers crossed for a mooring, and there was one which fitted Derwent6 perfectly.
Phew! it was midday and the heat was just beginning to take its toll, now we could just chill in it.
Del posted a card at the post office and Al did a little bit of lunch to keep us going.. We were just relaxing about when friends Carol and Alan of n.b Hollyhobble turned up to see us.. It was great to see them again, as we tried to see them on the way up, but somehow missed each other.. 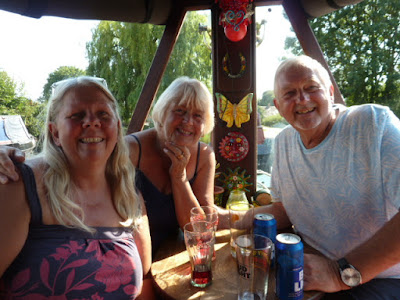 We had a quick catch up and a few beers together before they had to go back to their boat and we were also meeting up with more friends in the evening..
After a shower we walked to the Crown pub to meet John and Louise who were just planning a trip out on n.b Ploddin' along, and heading for Wales. It was more beers and eats for us with some fun mixed in as always.. lol we're smothered in it !! Its been bloody gorgeous!