Tooty woke us up at 6.00am and we made a cup of tea before we got ready to set off. We left at 6.45am and crept past the boats on our way to the services. We are always happy with Derwent6 and its cocooned engine which keeps the noise levels down.
At the services we were able to top up with water, get rid of our rubbish and also do a manual pump out. 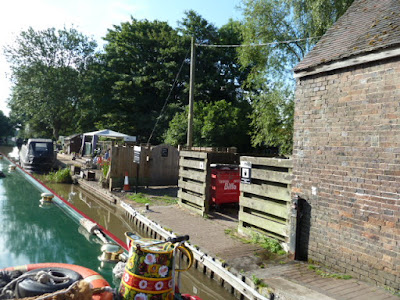 This meant we were heavier at the bow, lighter at the stern so we were ready for any shallow water problems..
We hit the first lock at Atherstone just before 8.00am and they were all against us, but it was only time. 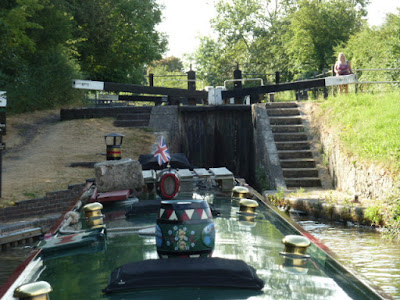 It was nice because it was a lovely temperature to be doing the flight. We found we had a boat in front of us and another one pushed off as we came out of a lock, but we chilled in the sunshine as it began to break through. 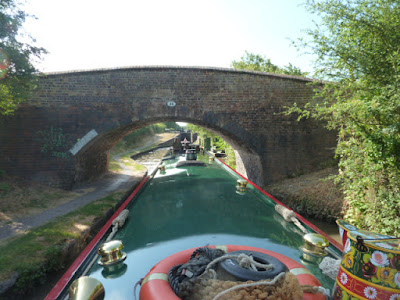 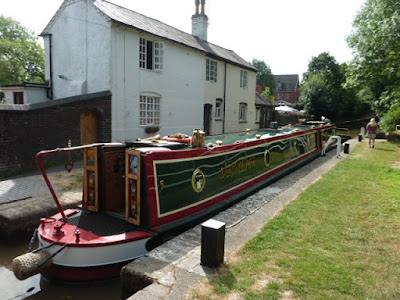 At the last three locks help was at hand with the volunteers getting locks ready. We did hit one pound which was very low and we sat on the bottom till the lock was emptied in front of us and we could get over the cill.
At the top it appeared to be so busy as three boats were waiting to come down. We were right, as we tried to get a mooring for Atherstone town centre but all the moorings were taken between the two bridges. We managed to get in after the bridge and was amazed Derwent6 didn't have any shallow problems. Al then walked to Aldi and did a small shop to top things up for a few more days.
We then carried on to find a middle of nowhere spot. 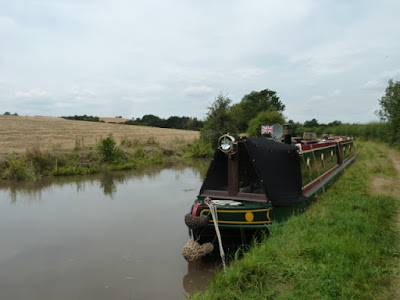 It was slowly clouding over and again was a nice temperature in the stronger winds. We felt like we had done so much today with the locks, shopping and stopping at the services, we even had a cat nap in the afternoon.
Black clouds came over, and fly screens were put away and the roof cleared for a down pour, but it never happened. In fact on the horizon we could see sunshine.. 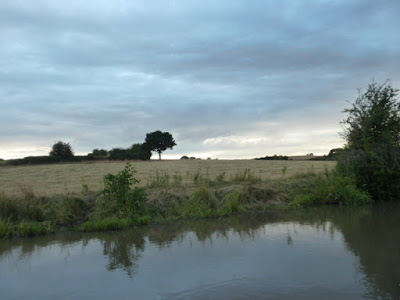 We can't believe we are getting excited about RAIN! What are we British like.....

Passed you yesterday afternoon (Thursday 19th) moored at the north end of All Oaks Wood. Gave you a toot on my feeble horn, but no one appeared. Strange that, because I was reading your blog only a few hours before. Ray Oakhill. nb Stronghold. http://nbstronghold.blogspot.com/

Sorry we missed you Ray..