Back to the Oxford Canal

So we left our mooring at Hartshill and made our way up to towards Nuneaton. The weather was a bit cooler and it was nice cruising weather. 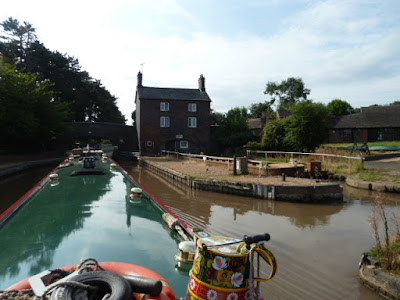 We had no drama's and it even felt like we had plenty of water in the canal. This is our favourite telegraph pole on the cut.. 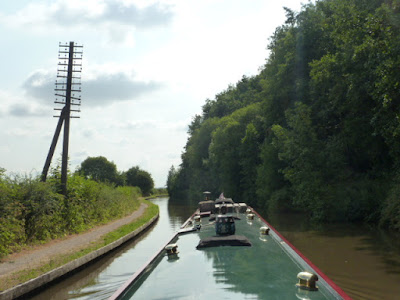 The last time we went through Nuneaton they had cleaned it up a bit but this time things had taken another dip. 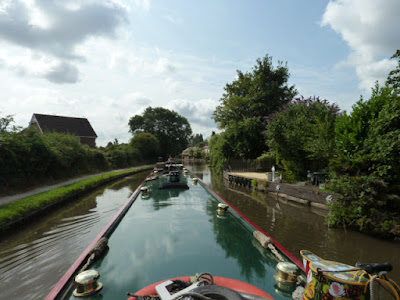 New houses have been put up either side of the canal and it might have attracted the canal to be a refuse tip. 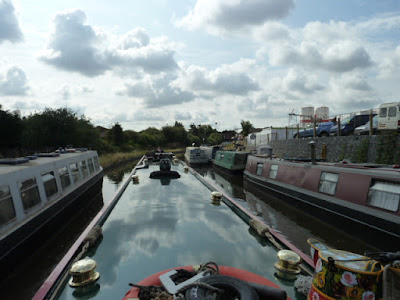 We saw the settee and chairs, with boxes and plastics just chucked in, and of course the shopping trolley's were back.. 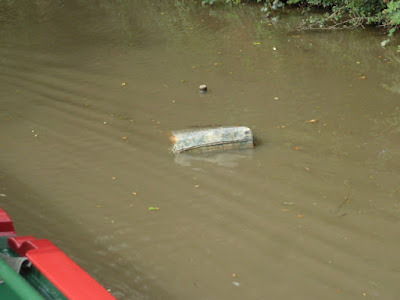 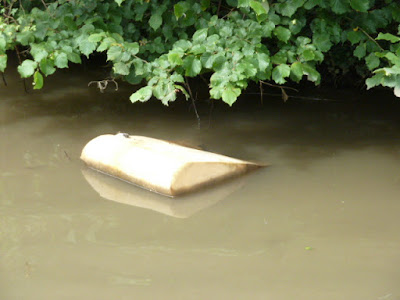 You get through and the graffiti gets less on the bridges and you feel the need to clean the prop as you know its covered in plastic bags.
We then got to the Ashby canal entrance and we caught up with three other boats, don't know how?
We followed these into Hawkesbury Junction and had to wait in the narrow just before the turn.. 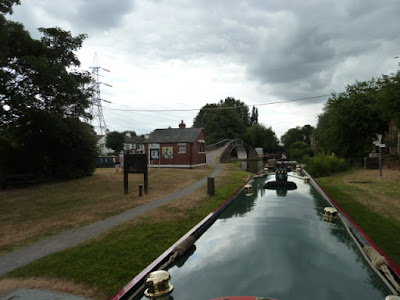 It was busy, its always busy here, its one of the busiest locks on the system. 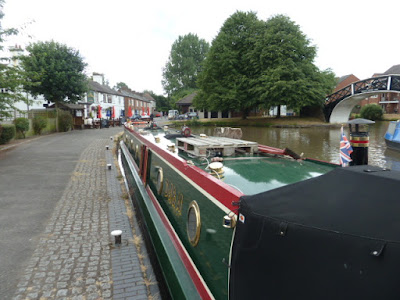 The boat in front of us went onto the water point and we spotted one mooring free just after the lock moorings going down. Derwent6 fitted perfectly, no telly, but we didn't care about that. 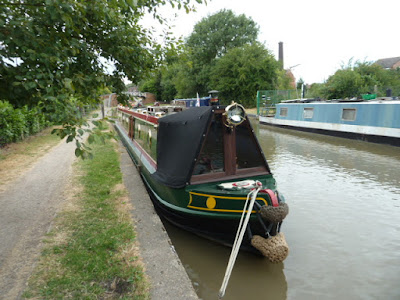 We chilled in the sunshine and we even had a few very light showers late in the afternoon so it was pointless doing any polishing..
In the evening we booked a table at the Greyhound pub and had a few beers followed by BBQ ribs and chips.. 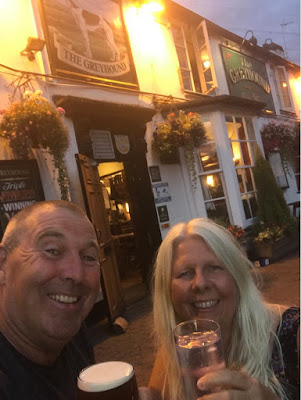