Cooler on to Polesworth

We were expecting some rain last night and all the fly screens had to be taken out and the glass fitted in. It was so hot we couldn't sleep very well so at the crack of dawn we were up and on the move.. It was cloudy and cool and we soon got to Wittington and crept through trying to not wake anyone, even all the birds were asleep. 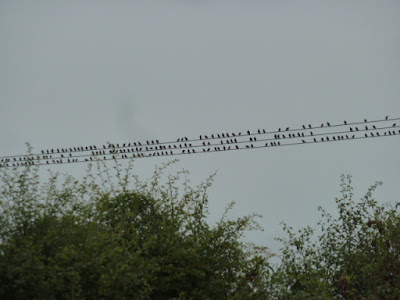 Then we met a guy who was standing on his roof and jet washing his boat!.. "I've never washed Derwent6" I told him "I just wipe it down when the dew is on the roof" I'm sure he didn't believe us.
We had to take things slowly as it was a bit shallow in places due to it being so dry. 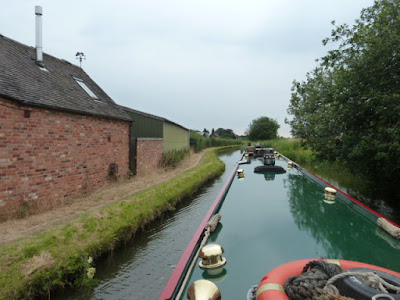 We got to Hopwas and met a couple of boats there and had to use reverse and got a bag caught round the propeller. 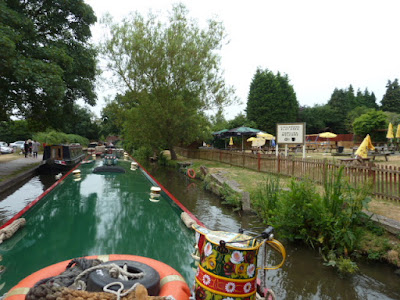 We managed to get out of the way and let them pass, but it wasn't easy keeping Derwent6 out of the trees.. Del then got it off. 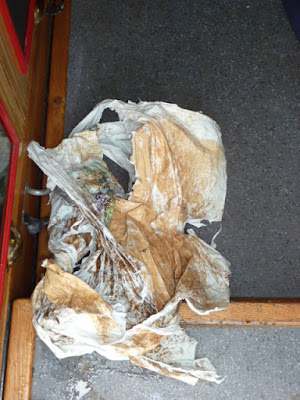 It was onwards to Frazley Junction where it was lined with boats, but this just added a bit of time (and we have plenty of that) 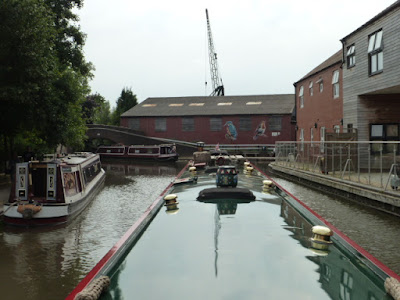 After two and a half hours we got to Glascote locks which are two single locks to raise you fourteen feet.. 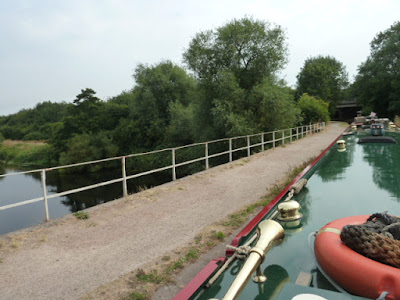 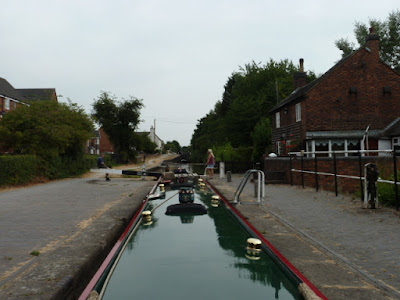 A boat was coming out as we got there, and when we went in another boat was coming down the lock in front of us, which made things a lot easier. At the top Del filled with water and Al walked down to the Co-Op for a top up. 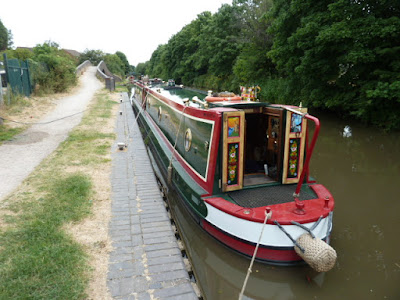 Things went perfect for us as Del slowly went down to the bridge where Al was waiting with her shopping bags. 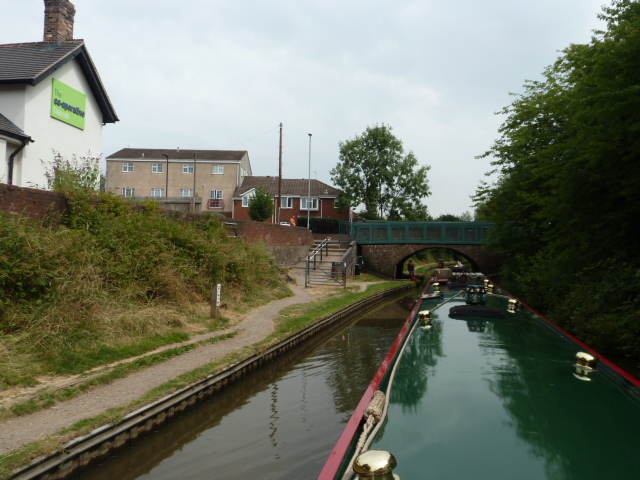 It was then on to Tamworth where you pass everyone's back gardens. 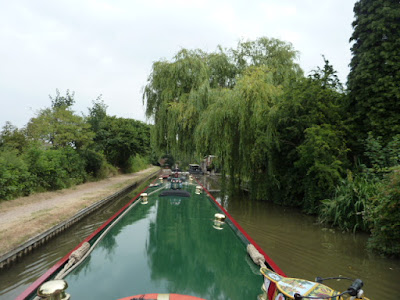 It had been very quiet as far as movement, unless we were just in a long queue of boats strung out. 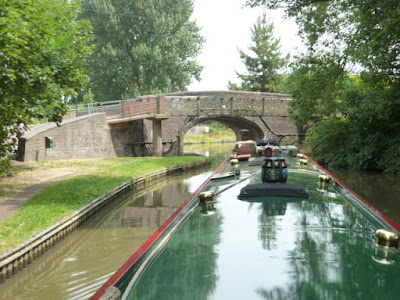 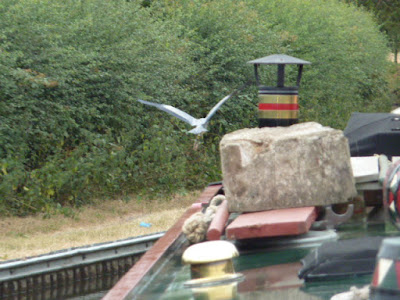 We headed on up to Polesworth where again there were shallow spots, and here we passed the steam boat.. 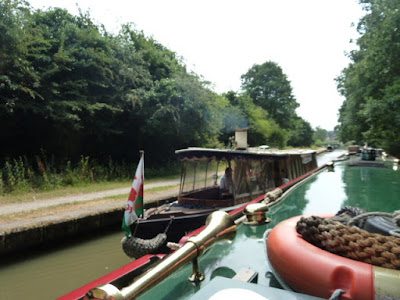 You could see the fields of corn were nearly ready, but it just needs another week before the combine harvesters are out, it's early July, Wow!.. 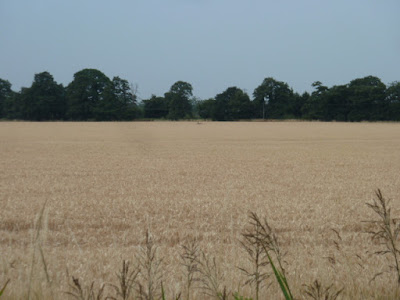 We got to our normal place at bridge 50 where we like, in the middle of nowhere. 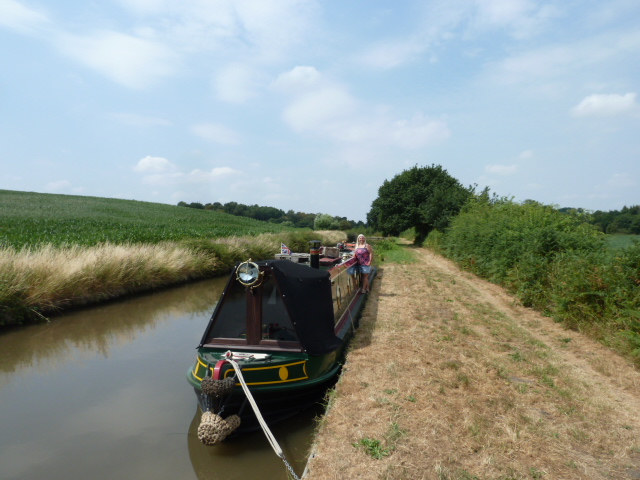 Well it was from football to tennis for us.. Two fantastic semi final matches took place, and took up the rest of the day..
Posted by Del and Al at 8:45 PM