We left early thinking we were only going to cruise for half an hour to Weston upon Trent as we were recommended a pub here. On this section you have to keep over to the left as there is an underwater shelf, don't know how the wide beams get on here. 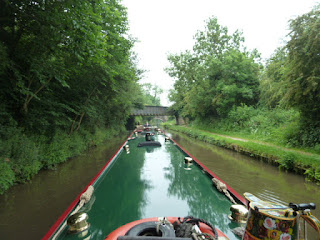 We soon realised that with the boats coming the other way and the weather forecast for tomorrow, it would be a better idea to press on to Shardlow.. We stopped for water at Weston Lock and a wide beam came up with four boats behind it.. 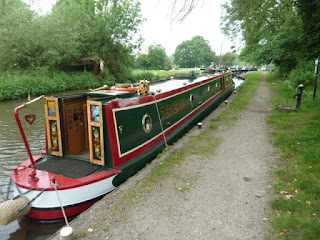 We went down with loads of help but it made it a bit tricky with Al's condition to get her back on the boat, as we couldn't pick up on the lock moorings with all the boats. We had this problem at Aston and  Shardlow locks with a queue of six boats at each one. This meant again that Al had loads of help at the lock and we went down on our own. All these boats were coming back from the Erewash canal festival at Eastwood. 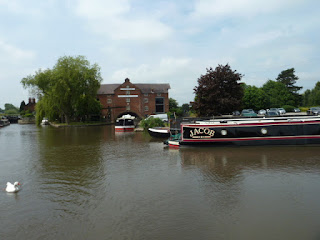 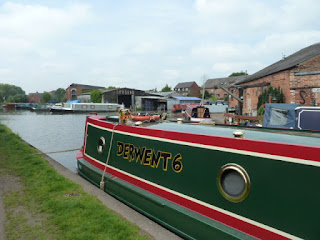 Our timing was spot on as a lot of these boats had come out of Shardlow knowing it was going to rain tomorrow, and we had the pick of the moorings.
We walked down to the post office and general store for some salad stuff which we were running low of. It was about a mile walk from the canal, and fingers crossed Al was having another good day, so we decided to chill in the afternoon sun watching the boats come in and fill up the spaces. We then went to the Clock warehouse and had something to eat. Del's steak on his mixed grill was not right and tasted like braising steak, but to be fair to them they took eight pounds off the bill. As the mixed grill was huge we had a result and the rest of the food was good. We will go back there!