Al was still feeling rough and the doctor's was in order.. We phoned Polesworth surgery when they opened and we managed to get an appointment at 9.40am. We were told we needed to be there for 9.30am as we had to fill out a few forms first as we were temporary patients.
Derwent6 was a couple of miles away so we unhooked the chains and set off. 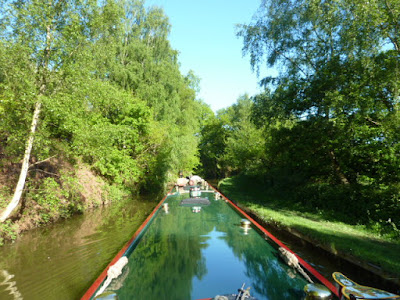 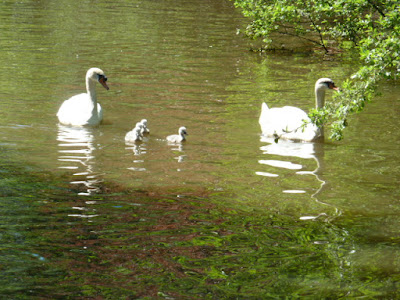 It was a beautiful day, and it made cruising very easy twisting and turning through the trees as the sun rays passed through them. 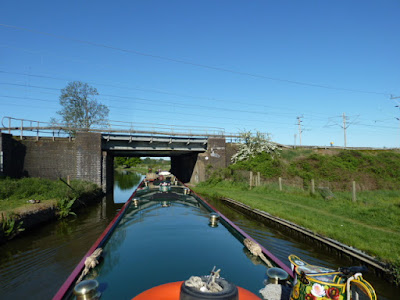 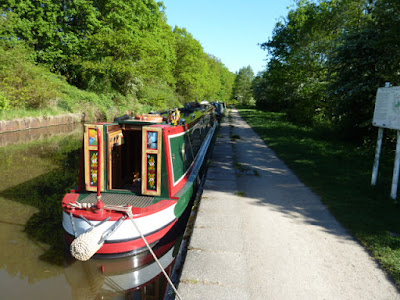 We arrived in Polesworth at 9.00am and shut down Derwent6 and walked to the health centre. It was easy to find and well signposted, and as we walked in the door we were shocked to find it empty. We filled out the forms and had to put "Derwent6 on the Coventry canal in Polesworth", as our address, don't know why?
Del still had to support Al getting to the surgery as she still felt very giddy and was zig-zagging all over the place! The doctor (who was very nice) told us what we thought, and it was a inner ear viral infection and gave us a prescription which we could pick up at the reception in the centre. How good was all that!
Del walked Al back to Derwent6 and we decided to move off to find a better spot. 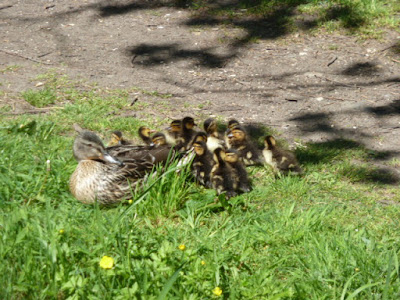 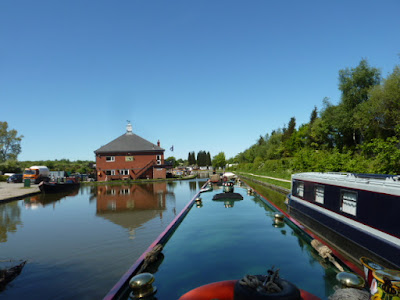 We took it nice and steady in the sunshine making our way past Alvecote marina and then through Tamworth. 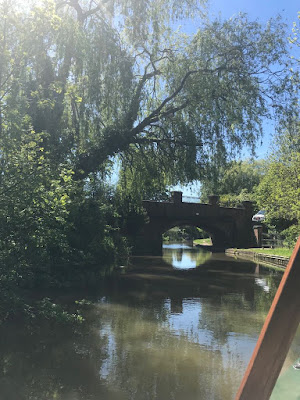 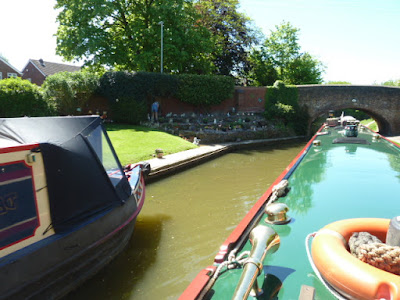 We ended up stopping at Bridge 73 for a small shop, beers of course! 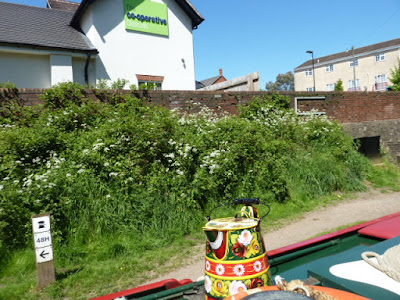 Then we got to Glascote Locks where we first filled with water. Another boat came up so they were in our favour which made it easy for Del going down.

We quite liked this plaque on the fence with a poem on it. 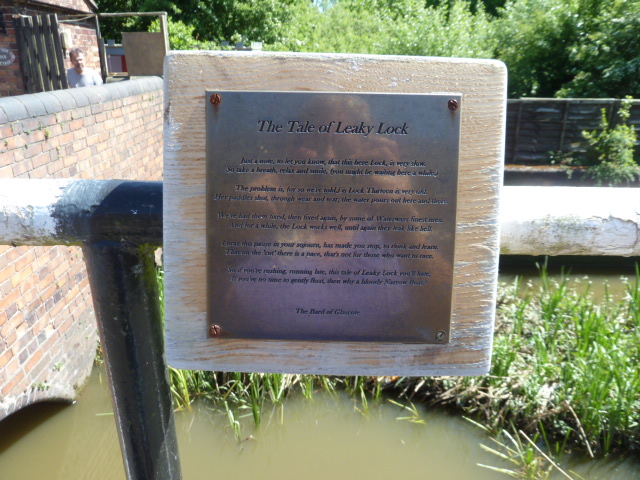 We then headed towards the viaduct. 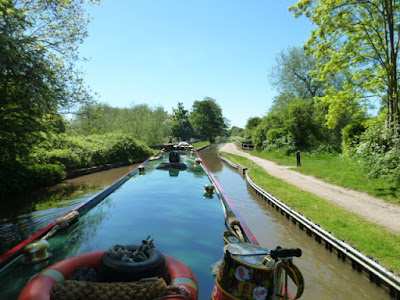 And then onto Fazeley Junction. 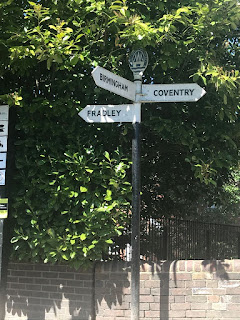 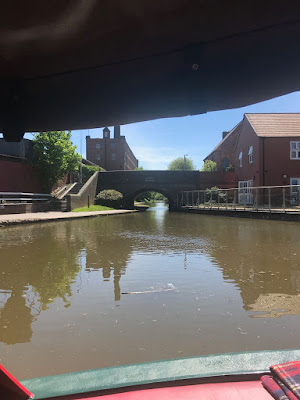 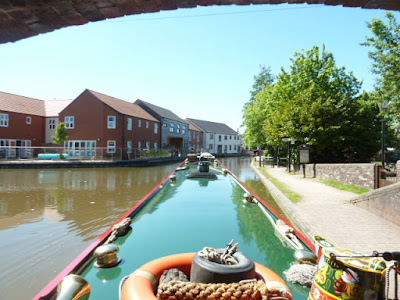 It was still a bit shallow as we went up to Hopwas, but it was still very pretty. 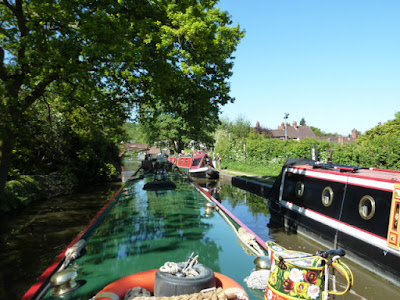 Al was chilling out and sitting still on the bow, hoping her new tablets would start working, with the help of Tooty guiding the way.. 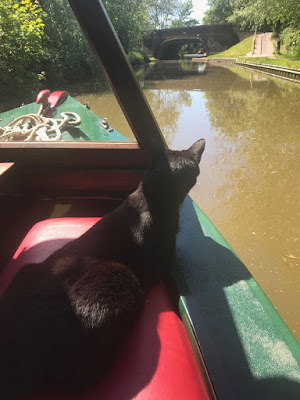 The canal then winds its way through Hopwas woods. 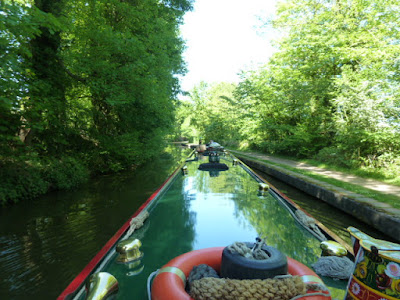 and we then found a nice mooring. 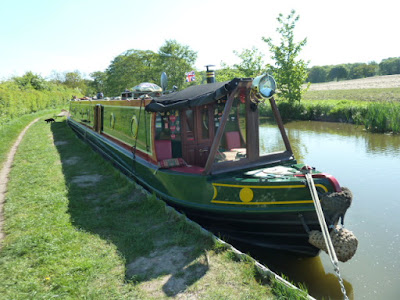 Tooty was the first off, investigating his new territory. 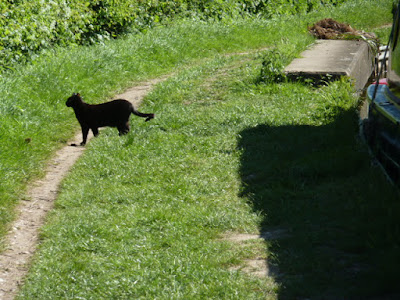