What a Bank Holiday scorcher!

As you may have gathered we have been sitting in one place for a bit letting the Bank Holiday traffic go by. 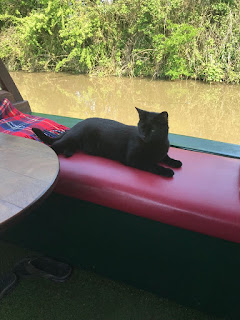 On the canals we call it 'silly weekend', and we were not wrong, with boats heading towards us at a rate of knots. On our way here we met one guy who said "Oh I don't think I had enough power on and it just wasn't turning" shame he didn't realise this earlier and put the boat in reverse before he was going to hit us.. Lucky we had the Axiom prop to stop us and we were going backwards before he managed to clout us...
We have had a great time as loads has been going on down the local pubs with live music and hog roasts and stuff.
We met up with Andy and Hilary off n.b. Maisibert, once for lunch along with their friends, and then with Andy to see a Status Quo tribute band. 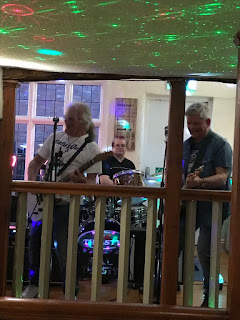 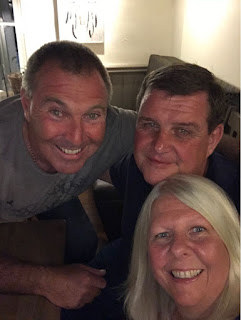 The weather has just been fantastic and Del has been out flying his glider during the day. At one point he reached 1500 feet and was airborne for an hour and ten minutes just on thermals, flying with the full size! 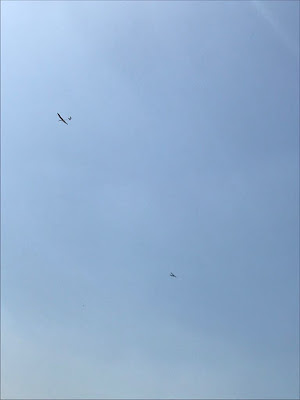 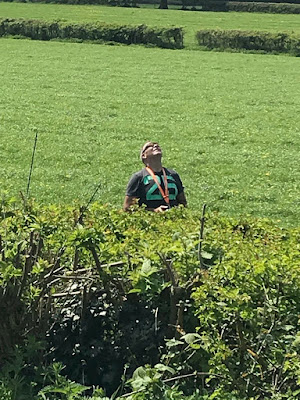 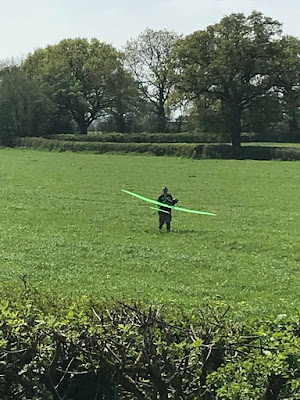 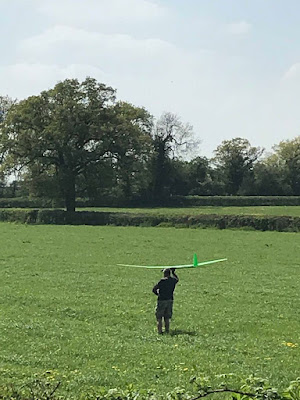 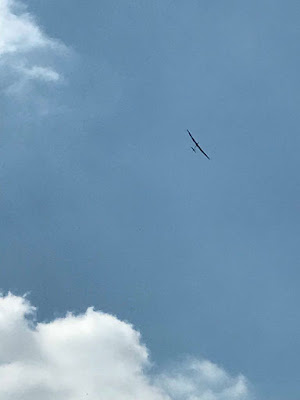 The BBQ was dusted down and brought out on the evenings we didn't get to the pub. It was lovely to be eating outside again. 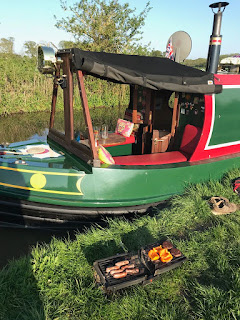 We meet up with John and Louise on n.b Ploddin' along (that's no 'G') who we have now got together with after knowing a lot about each other, but not ever saying Cheers! 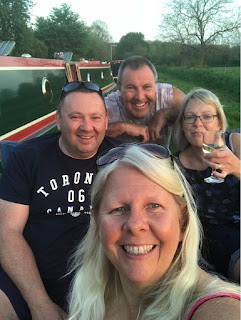 They were a great laugh, and we drunk wine and beer till we were drunk, another good night. This was not a good idea as we planned to leave early the next day..
Posted by Del and Al at 4:23 PM