Al had felt a bit better yesterday so the plan was to get up early and set off at 7.00am. We ended up getting away at 7.15am in the lovely morning mist. 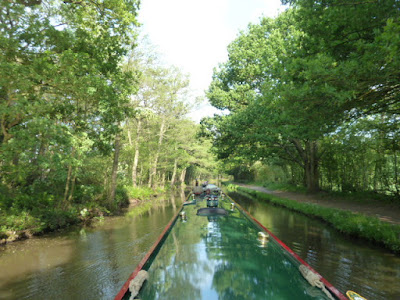 We went past Streethay Marina and then as we were alongside the A38 Al poked her head out to say that she didn't feel too good again and had been sick.. 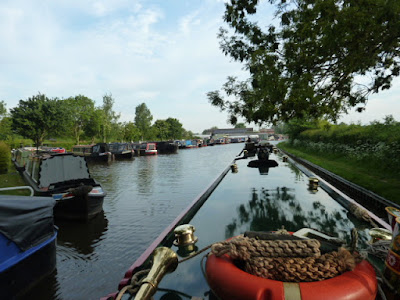 We would have stayed put if this had happened before we left but we now had to find the next doctor's.
We got to Fradley Junction and lucky someone opened the swingbridge for us as they were coming out of our lock, so we were able to turn and go straight in. 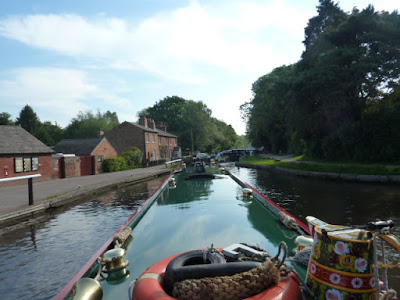 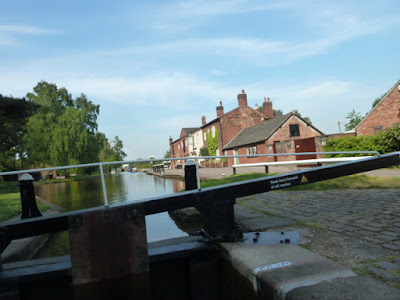 Even more of a bonus was that there was a volunteer on duty to help us down, and he gave us advice and directions to where the nearest doctors was, touch! At the next lock there was another volunteer who also gave us advice and told us to remove the chimney as the bridge was low as we exit the lock.
We then had another two locks which Del managed to do. In between these they are building more houses, HS2 is going through, and also they are building Fradley marina. Its a shame as all we could smell was the rape fields across lovely views.. 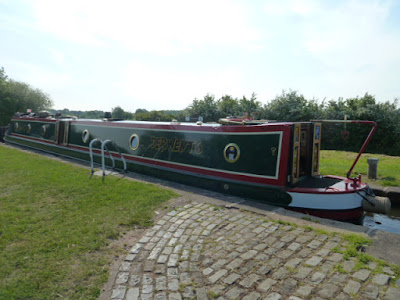 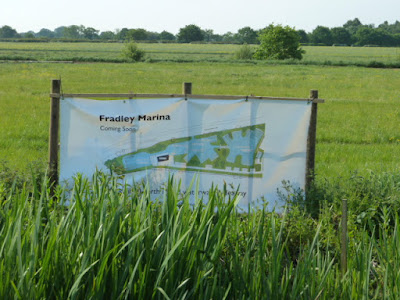 As we got into Alrewas the scene changed and it got even lovelier, pretty gardens, twisting canal, and overhanging trees, blue skies, and a doctors! 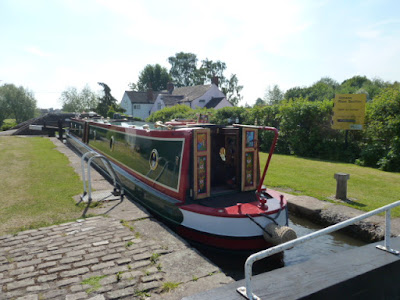 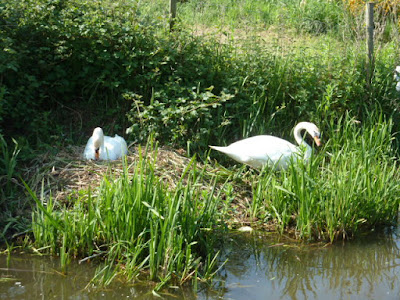 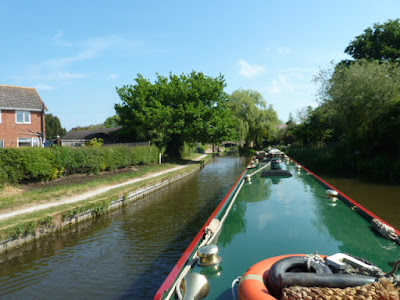 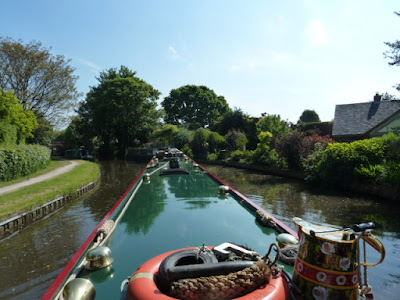 We moored up just before Alrewas bottom lock where a boat was leaving as we turned up.. 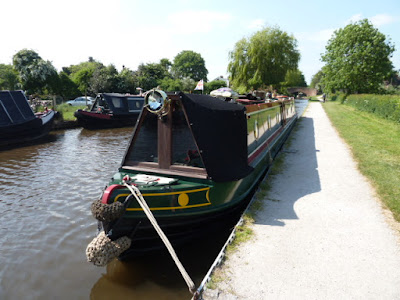 Al made a call to the doctors, but they couldn't get us in today but gave us some advice on taking a sickness tablet.. Al started to feel a bit better again, its so weird this dizziness thing, you never know when its going to attack.
It was so nice, Al felt like going for a walk in the air and just got better as we walked. We popped in the chemist to see if they could extend Al's tablets but they said we needed another prescription from the doctors.
Al had always wanted to go to the Arboretum, and it was a 25 minute walk away, so we went for it.. 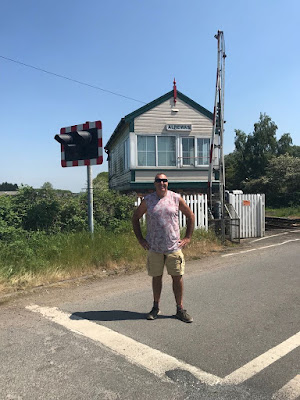 It is so big now it has an audio walk, a mini train, and a new visitors centre with cafe's and exhibitions. 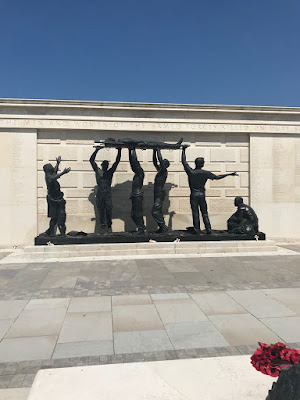 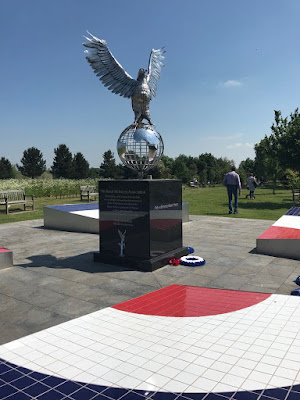 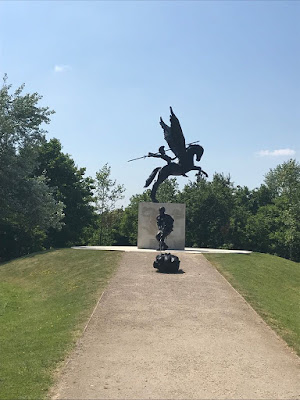 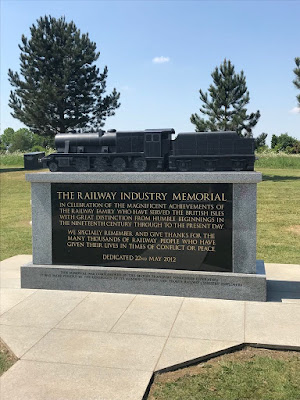 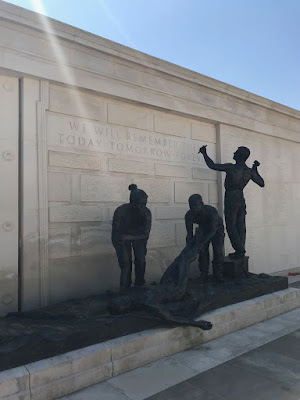 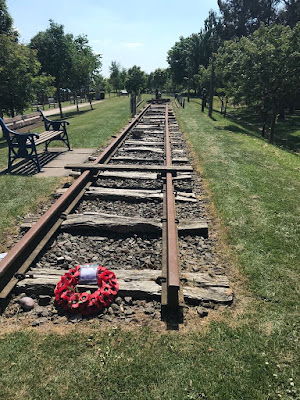 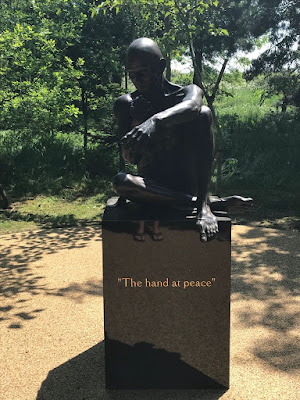 It is still as moving as the first time Del went eight years ago and well worth a visit. 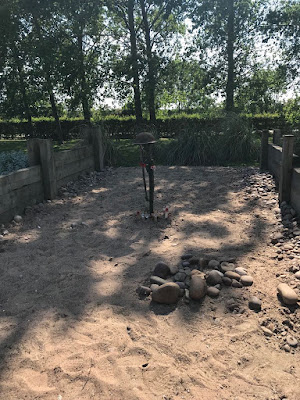 Al coped very well with a lot of sit downs and a few stops for drinks.
We took a nice slow walk back to Derwent6 and also relaxed with our feet up for a bit..
Al felt ok again and even managed to do the chicken salad in the evening. Doctors tomorrow!
Posted by Del and Al at 8:15 PM

Hi
It sounds like labyrinthitus I’ve had it myself it’s horrible apparently it’s the water level in the ear that is in balanced and makes you feel dizzy and sick. Hope you are feeling better soon.

Thanks Barbara, yes probably is, all the Doctor says is that it is a virus of the inner ear. Totally agree it's horrible! I've got some stronger tablets now, and fingers crossed the virus packs its bags and clears off soon!!!