It was a cloudy start to the day and Al had taken the first of the new tablets.. She felt a little better after half an hour so we decided to go for it.. At 7.30am Del put Derwent6 through Alrewas Lock and then we hit the little river section. It was nice to have the feeling again of being on the river. 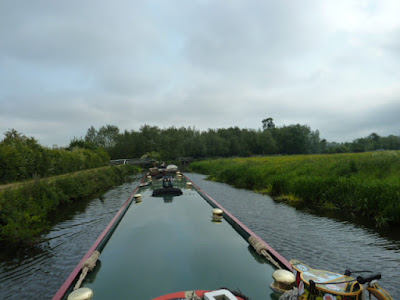 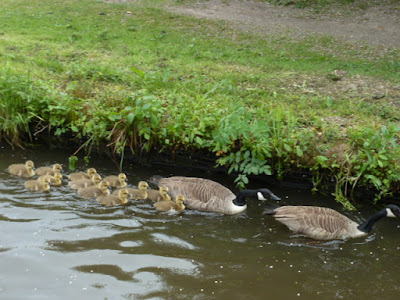 Al managed to get out and it was good for her to get some air.. She feels like you have travel sickness and it was nice to get the wind in her face just like you do when you open the window on the car when you feel rough! 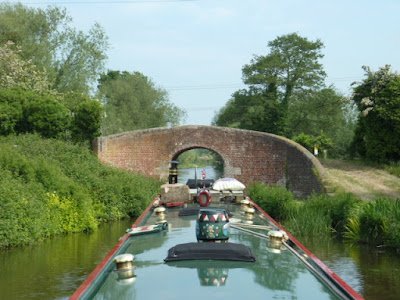 We managed to pick up an old towel on the prop as we came off the river, and then went alongside the noise of the A38. We passed Barton Turns marina and managed to dump our rubbish.
We got to Branston (where the pickle comes from) with the plan to moor up by the lakes, but the sun was coming out again and it was very pleasant cruising. 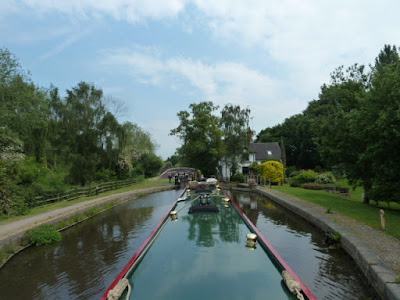 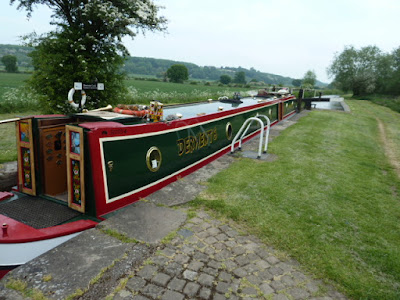 We pushed on through Burton upon Trent which was very nice as we passed the brewery's and gardens. 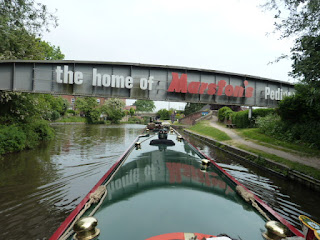 It did help that the grass had been cut, so we had this combination of the lovely smell of the hops from the brewery with cut grass in the sunshine.. 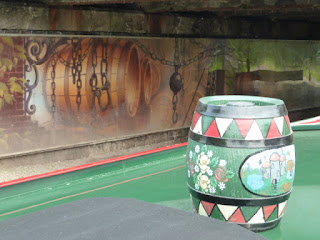 Al was feeling a lot better as we got to Willington, and we planned to stop here, but we could only get moored close to the pub, not a good idea on a bank holiday weekend. 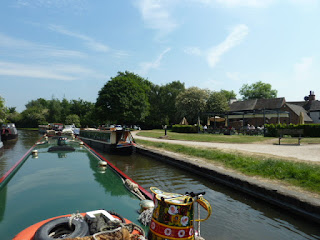 We passed the power station and Al was now able to help with the tiller and locks. 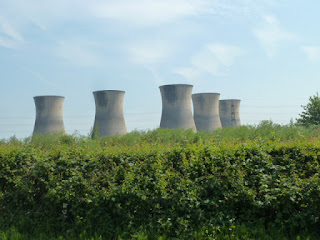 We had a lock keeper at Stanson Lock which was handy as it was 12' 4" deep and he did everything for us. 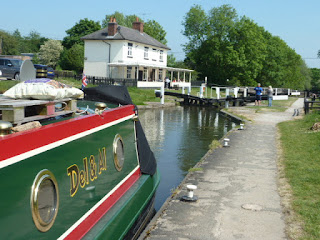 This is the first double lock we had done since we had gone through Braunston. 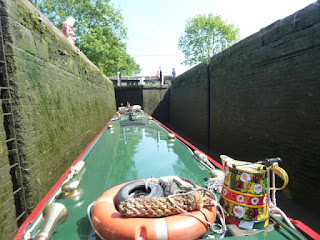 We wanted to find a spot where we could keep out of the way for the bank holiday traffic and Al could rest when required. 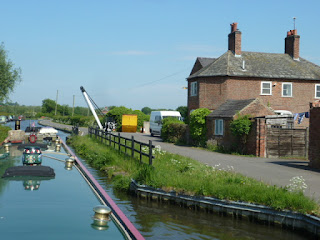 We tried a few places at Swarkestone, but it was just too shallow for us to get right in, but in the end we did manage to find a spot in the middle of nowhere. 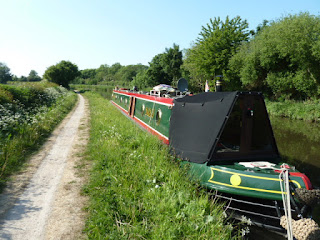 So after 19 miles of cruising we were knackered, but it was such a lovely day and well worth it. It is suppose to rain tomorrow so we can sit it out if we need to. Perfect!
Posted by Del and Al at 3:15 PM

Get well soon and have a nice weekend