We were up early this morning and wanted to try to get to Windsor while boats were on the move.. We set off and had to manually do Bray Lock which seemed to be no problem.. 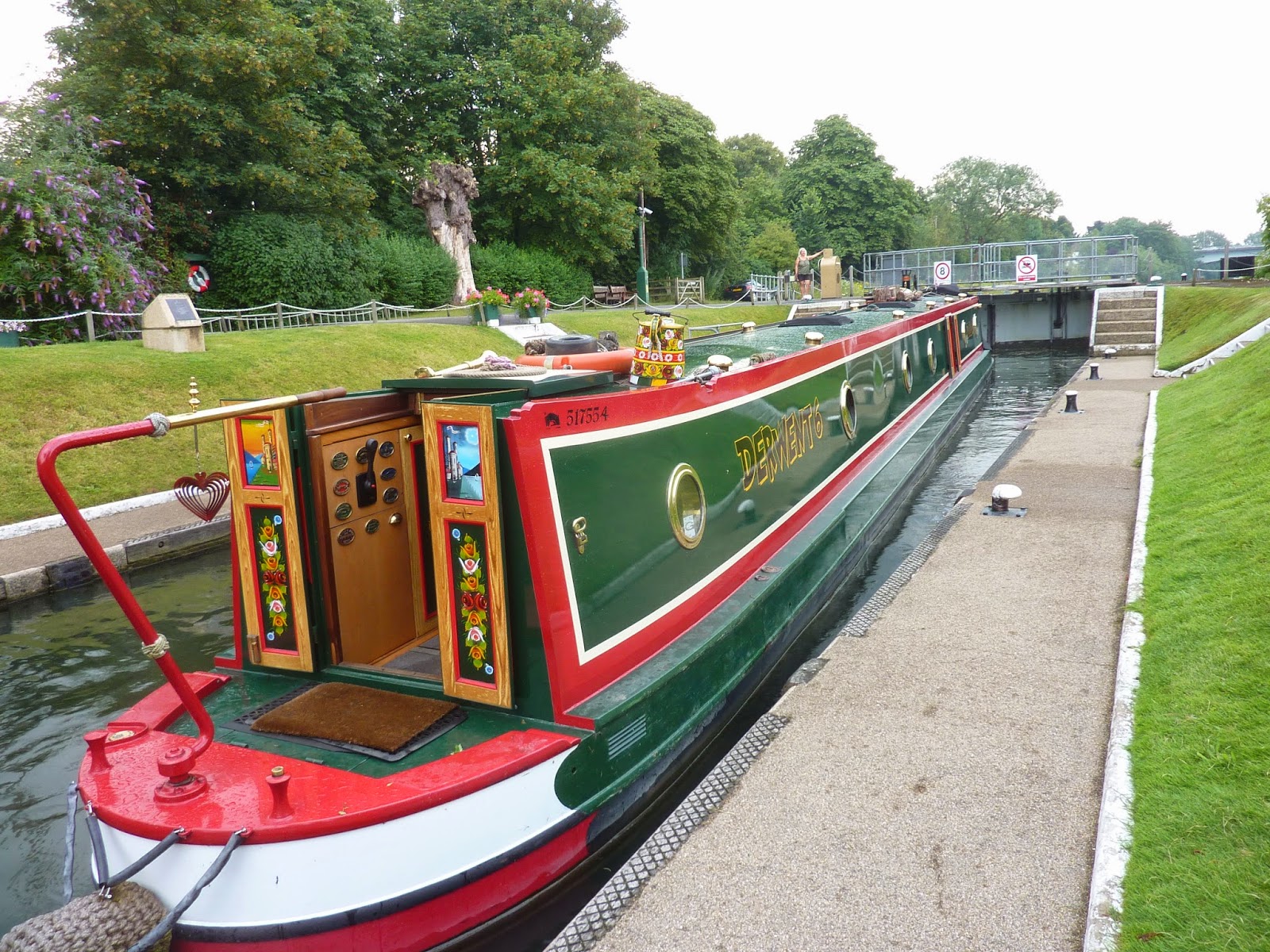 It had rained heavily overnight and we had some massive thunderstorm but the flow on the Thames appeared to be alright. 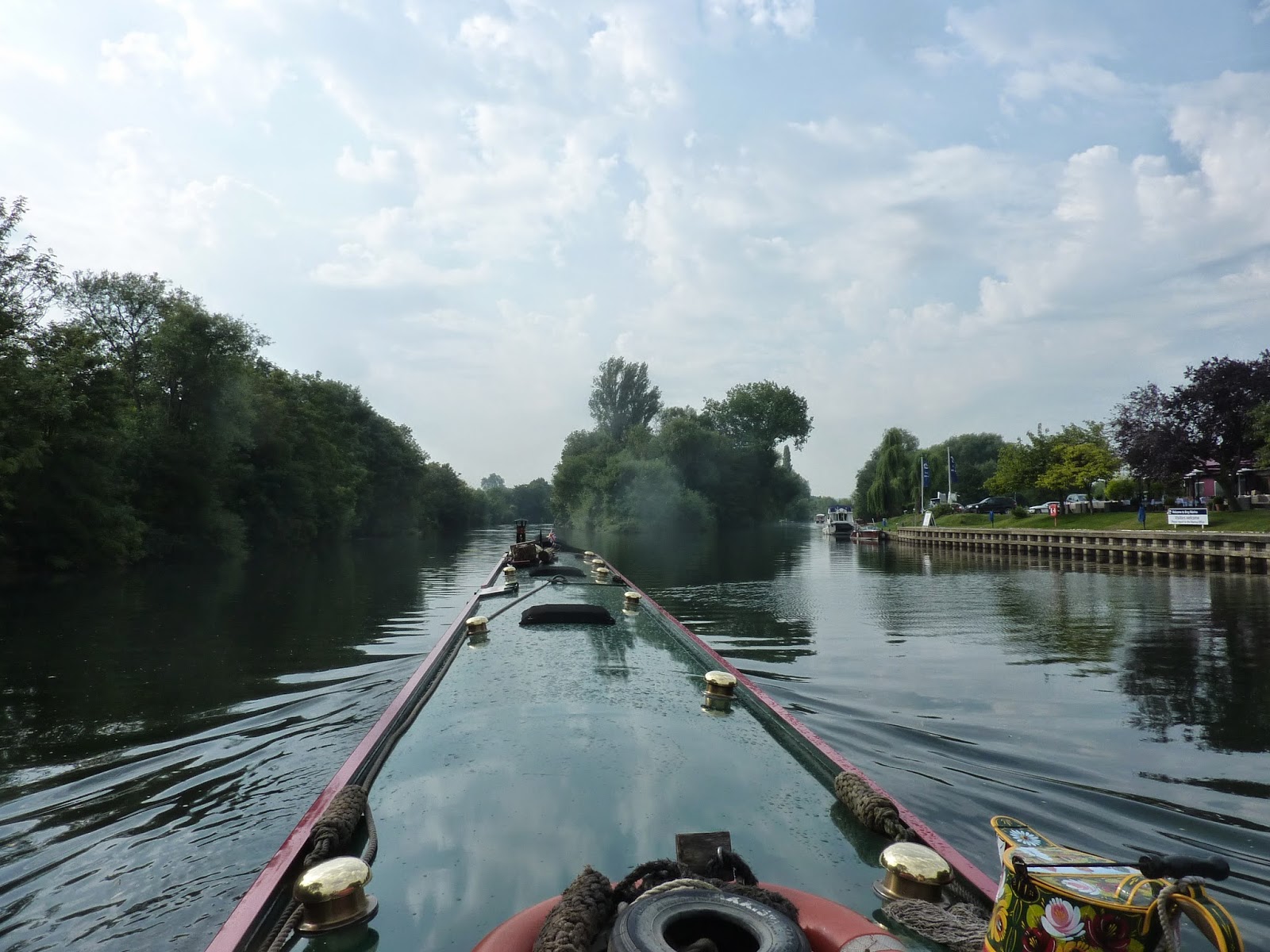 We carried on past Monkey Island and then on to Boveney Lock, just as the lock keeper had turned up, Del managed to wipe down Derwent6 on the way to get the dust off.. 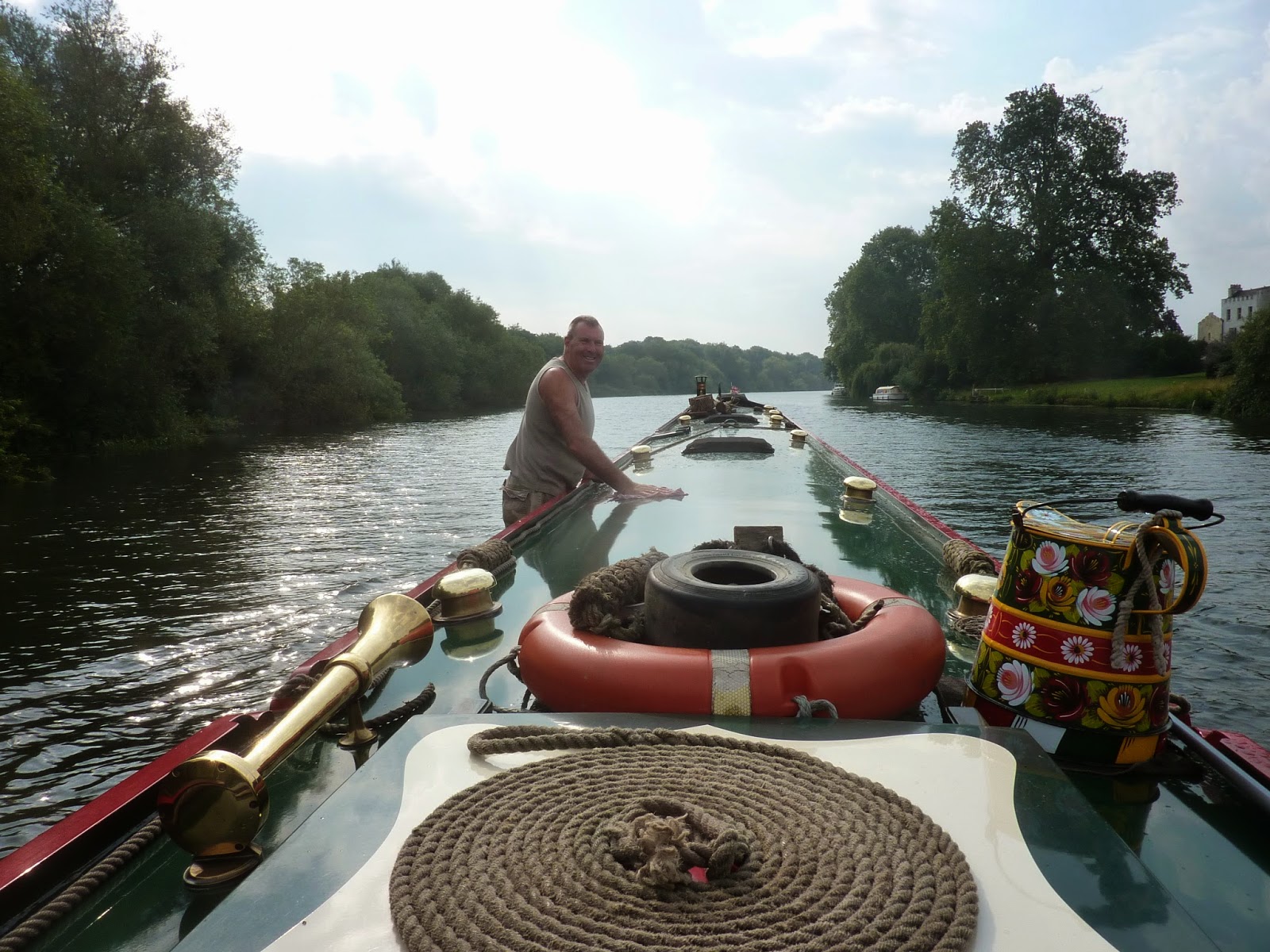 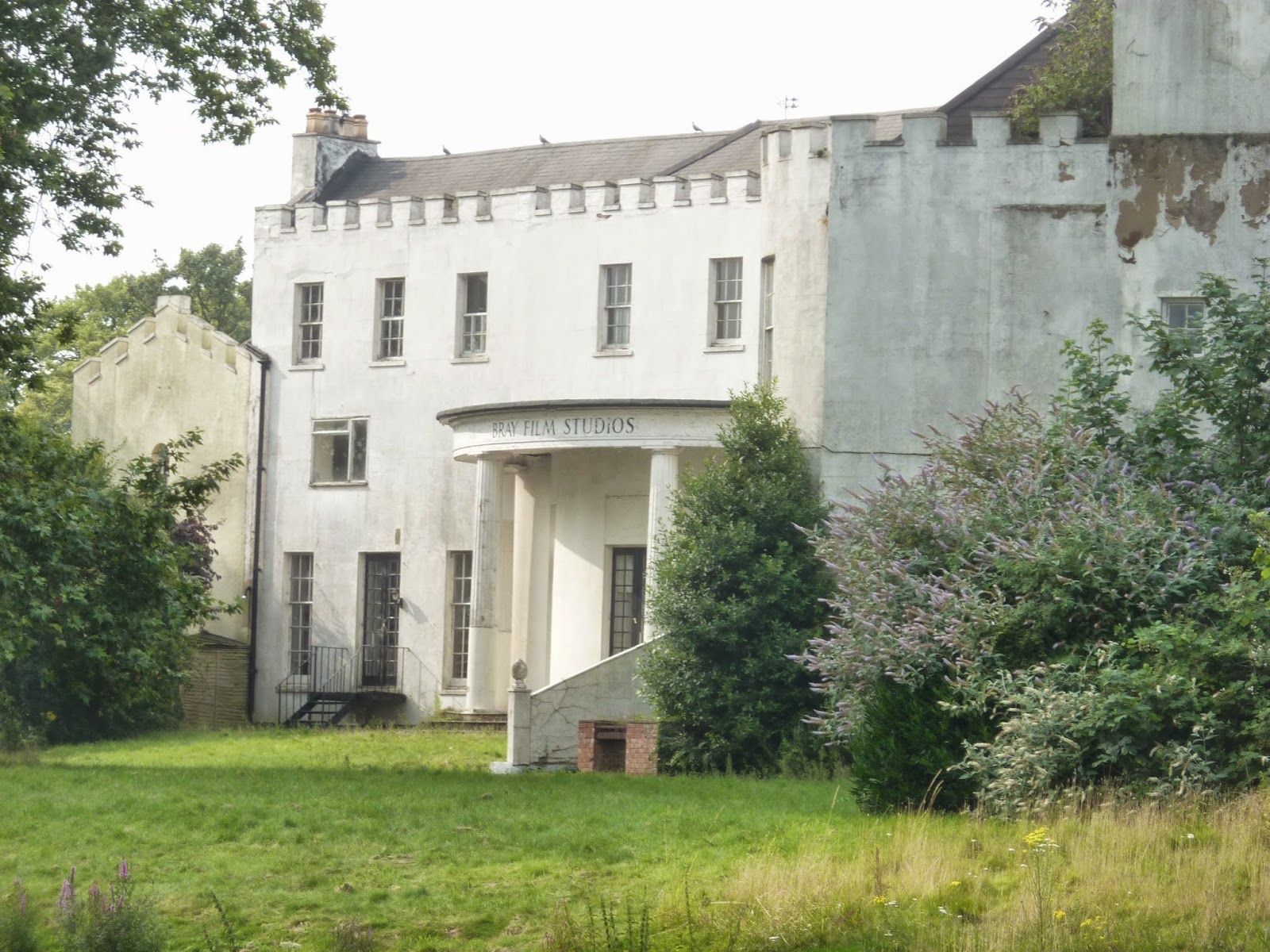 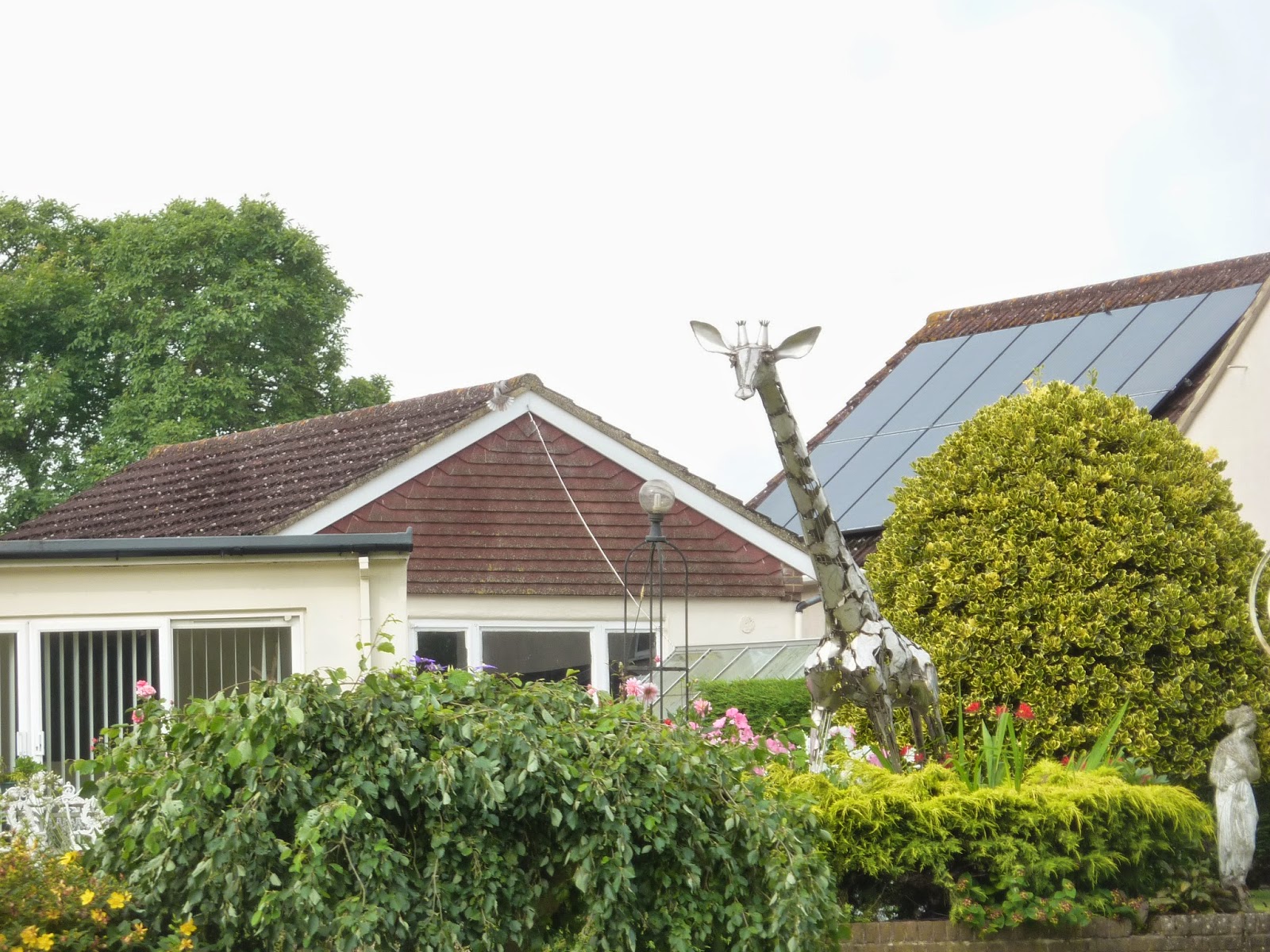 We went down this quickly and then turned as we came out for water.. This is a tricky water point for narrowboats as it has a very high wall which the gunwale goes under so you have to make a very steady approach. 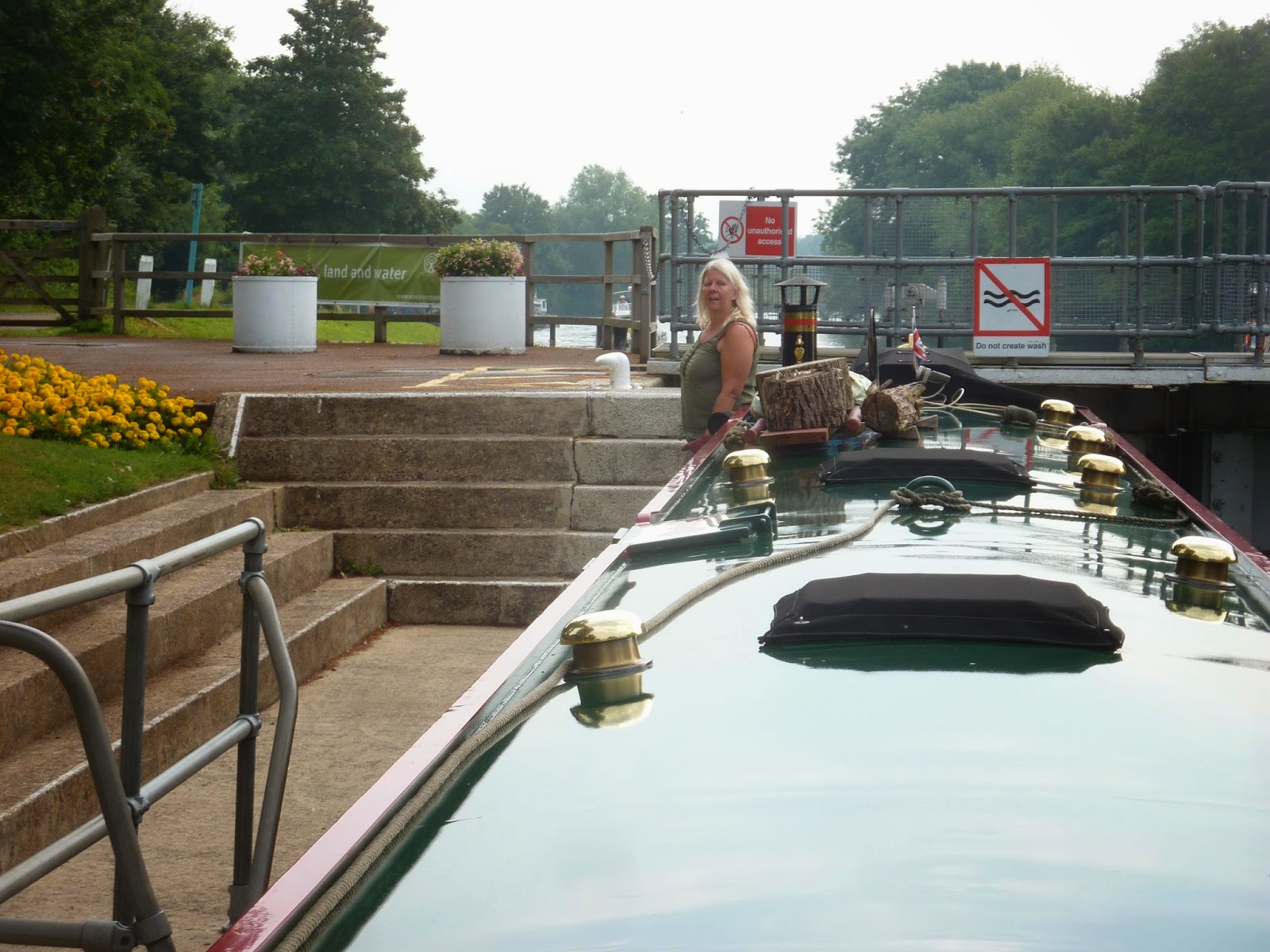 We filled with water and reversed and turned back into the flow which had now seemed to have picked up a tad.. We took it easy round the tricky bends at the race course and soon got to Windsor.. We were surprised at how empty the moorings were on the Thames but we couldn't get into the back waters so perhaps they were trying to tell us something..  We moored up and by this time the sunshine was out in full glory again.. 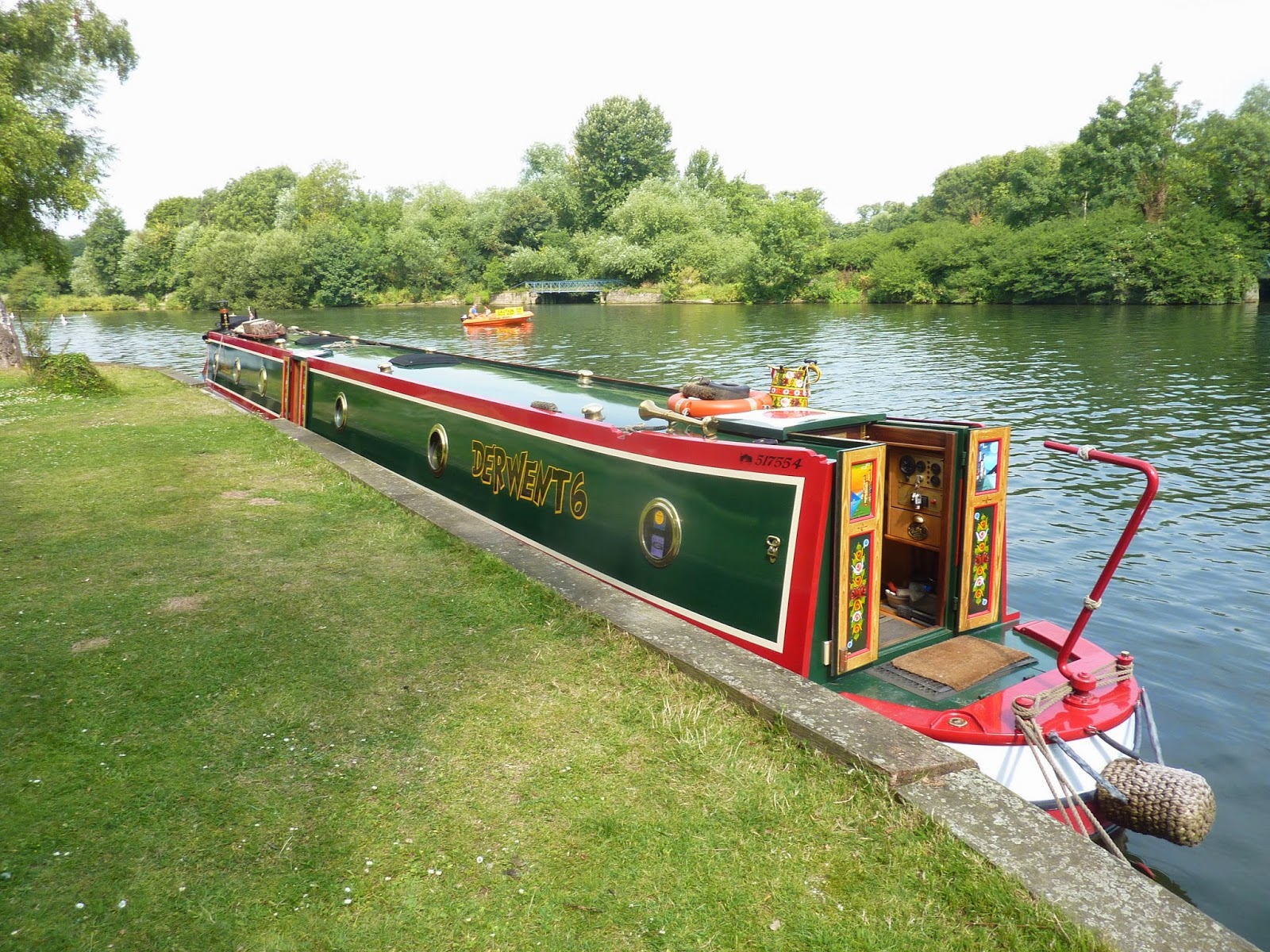 We had brunch out in the cratch and were soon joined by loads of boats, it just suddenly got busy. Del went out on his bike for a couple of hours while Al sunbathed/tried to keep cool on Derwent6... Two of the boats which moored with us was nb Autumn Myst and nb Autumn Years, and Bob and June kindly offered us tea and biscuits with them both in the sunshine. It was so hot and humid, you just didn't feel like doing anything. We got the chairs out and sat watching the world go by till we had some dinner, salad was all we felt like.. As the evening drew in it just got more humid but it was nice with our candles going and incense, just drinking wine.. It started to rain at 10.00pm so we took a shower and fell on top of the bed hoping to get some sleep........
Posted by Del and Al at 10:19 AM

Keeping an eye as we will be around there mid week. Was going to be Tuesday but just changed our plans slightly, as we all do, so probably a day later.

What was wrong with the back waters that you couldn't use them?

Good place you have with the trees for cover.. Oh except for the planes which pass over us at the moment but much higher in the sky!

Hi Sue, couldn't get moored on the back waters when we arrived, too busy, but here now and lots of space....see you later in the week x