Speed boats and Fishing, it will make you Drone

Well the day started with a load of runners waking us up on a fun run along the Thames. 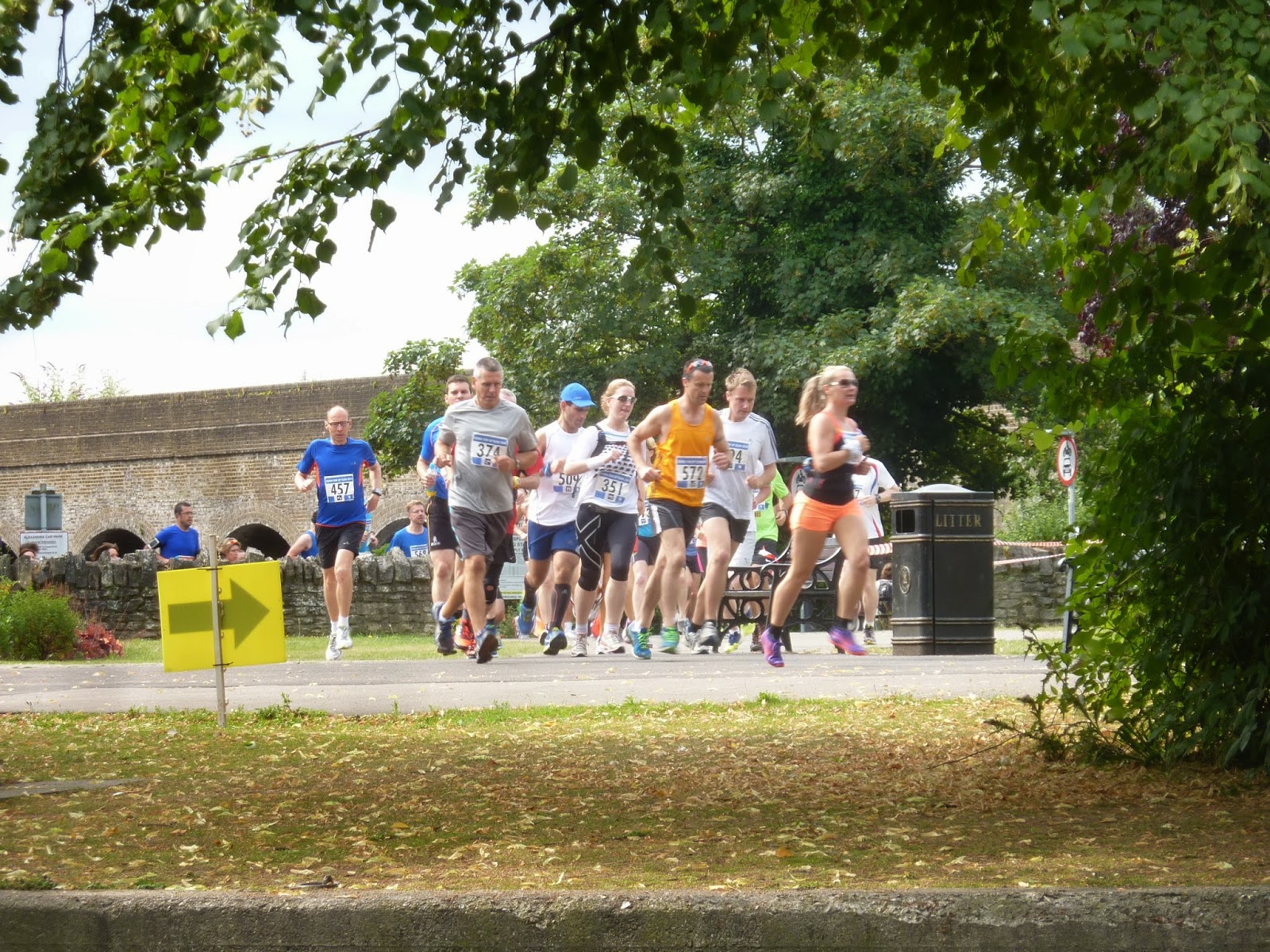 It had been another warm night and the sun was out again, but it was just a bit cooler, it was quite nice really. 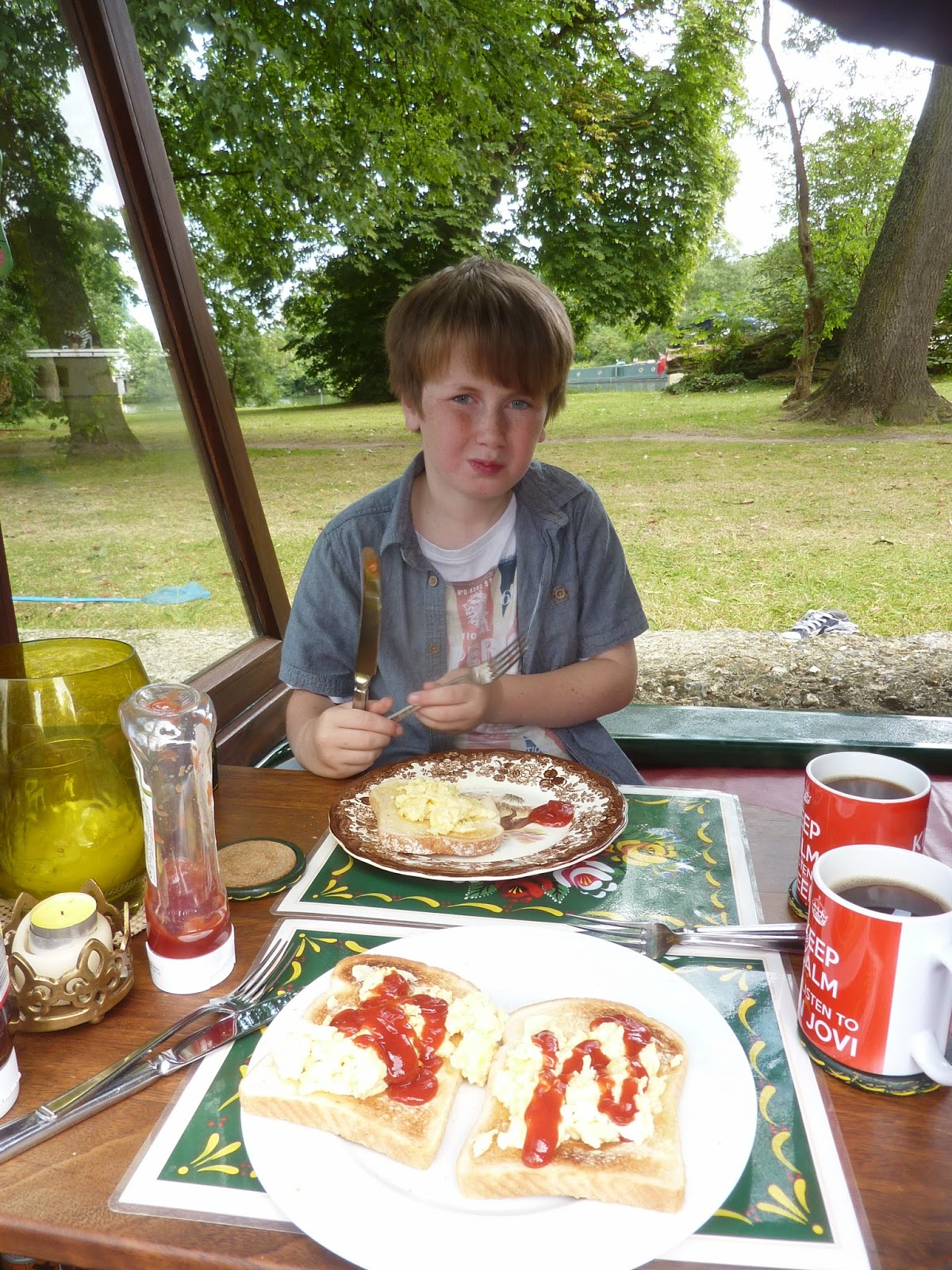 We then had some breakfast and Matty was soon ready for some fishing and the net came out. The guy on the boat behind us got his fishing rod out as well and was soon helping Matty on the front of his boat. 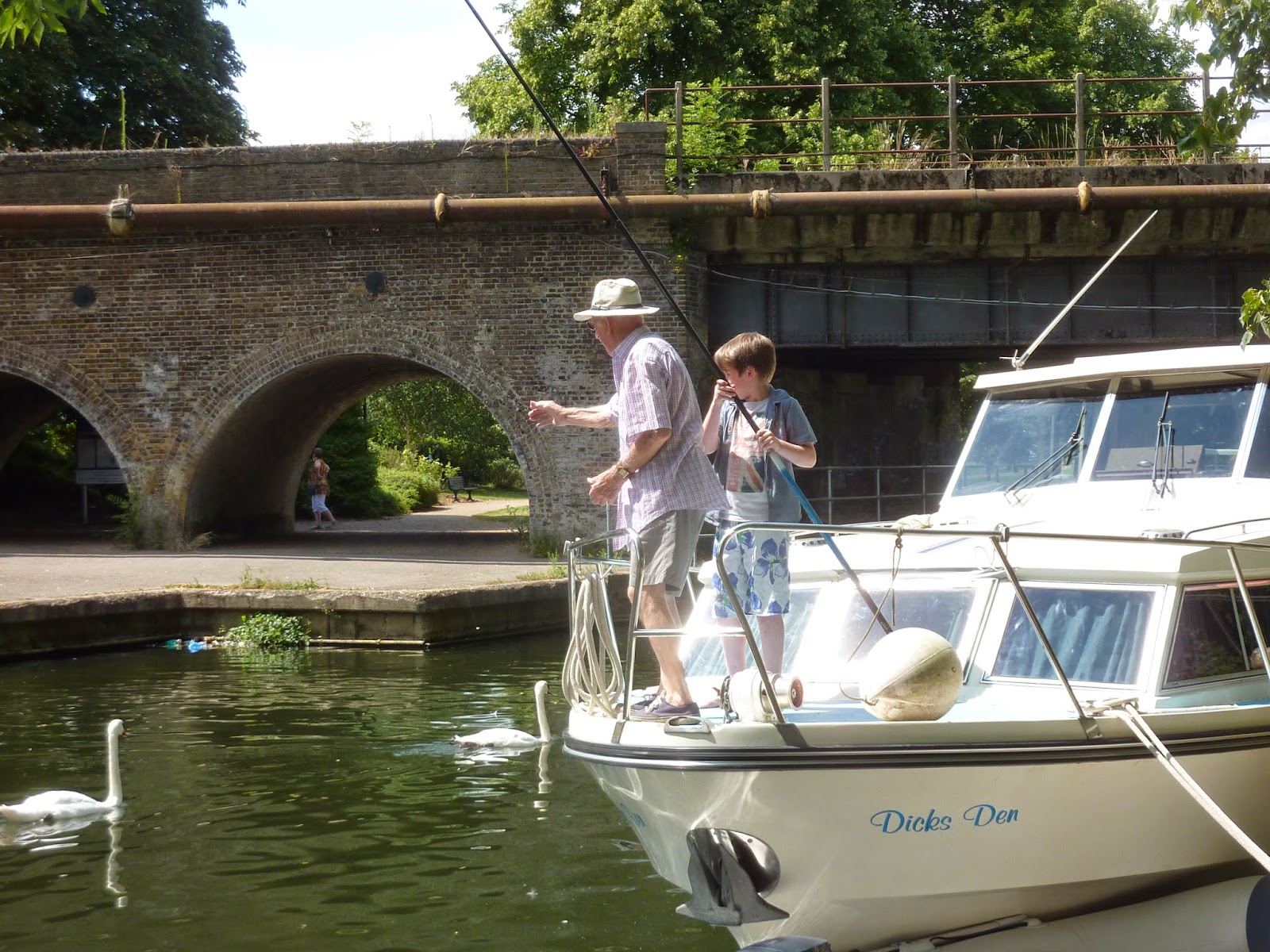 This guy was 85 and jumping around like a 50 year old, amazing!  He offered Matty a trip in his dinghy but he didn't quite fancy it and we didn't want him to do it on his own.. Matty couldn't wait till his friend Georgia was out and soon asked the two girls if they fancied a boat trip.. With a watchful eye they all went out, first in the backwaters... 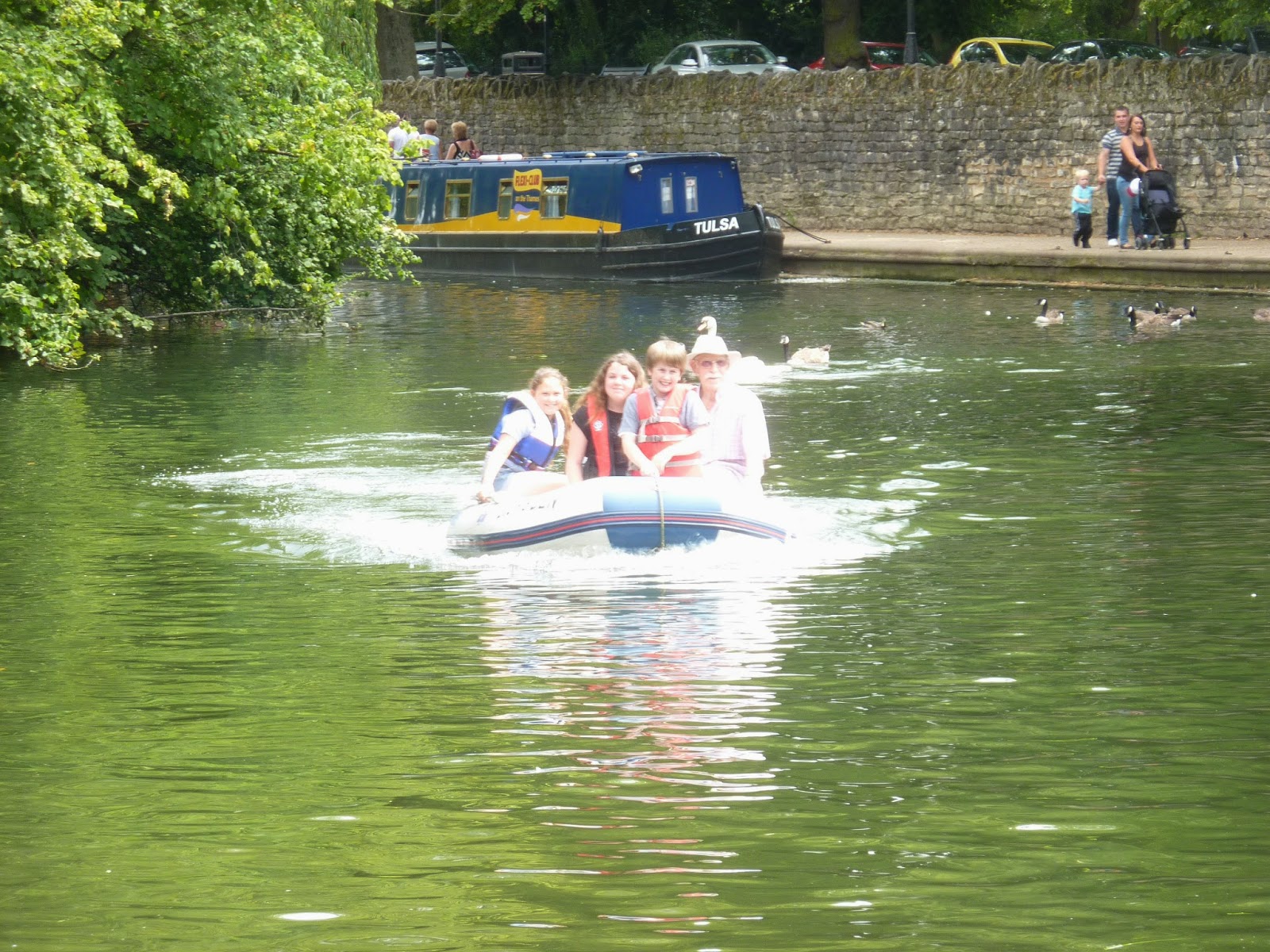 Matty loved it and was allowed to steer. 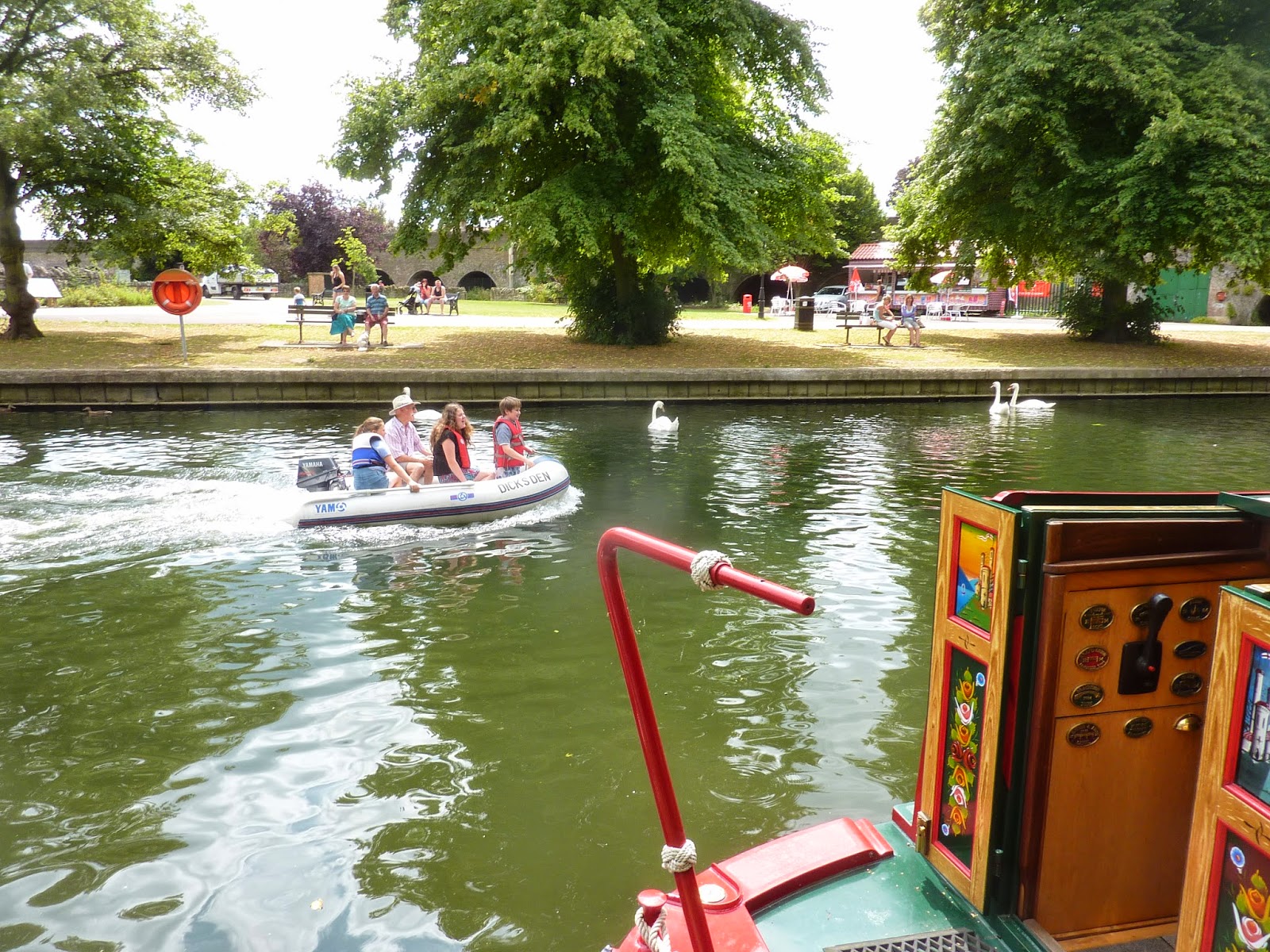 They then went out onto the Thames and were having so much fun.. 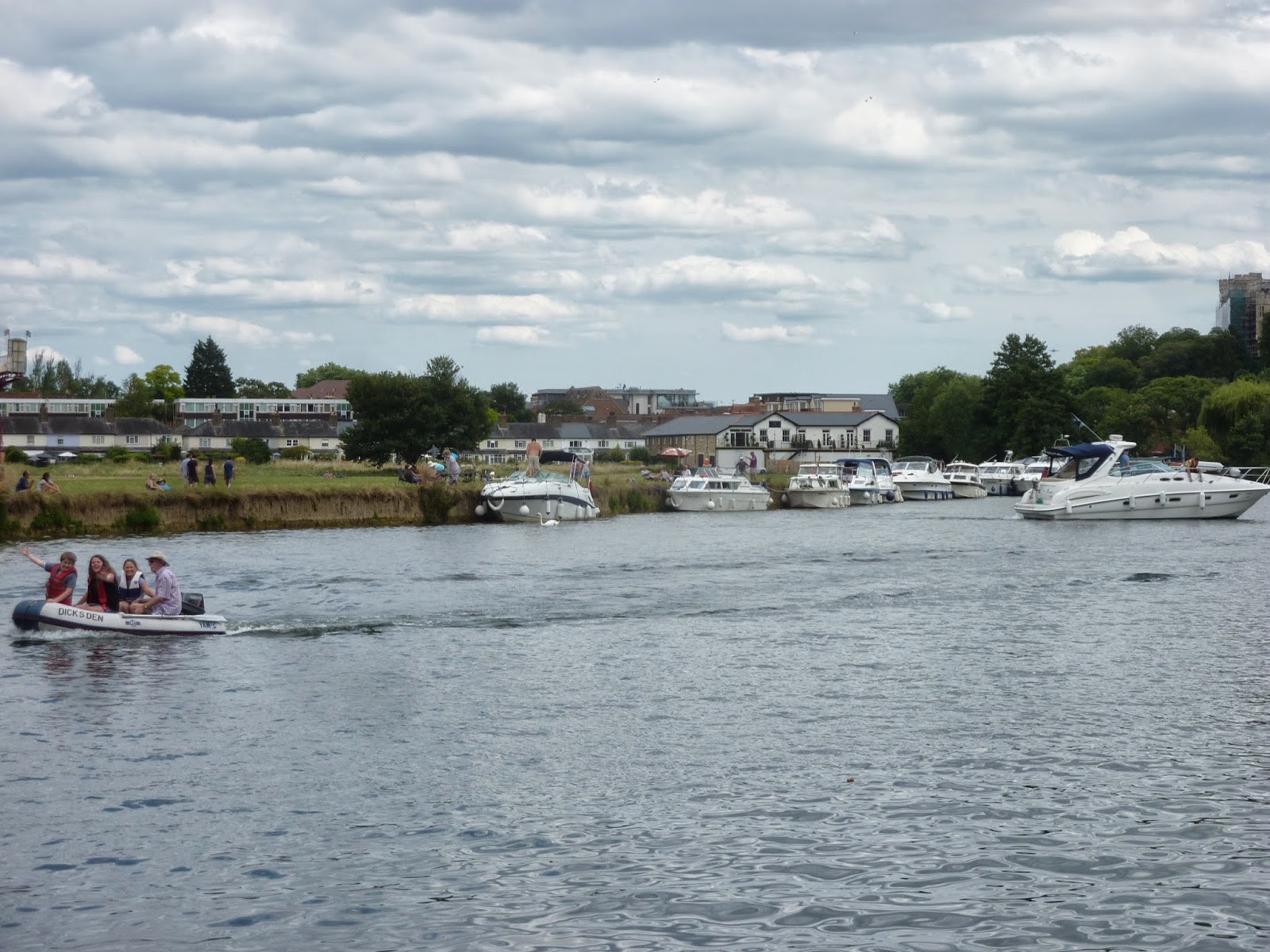 A big thank you to Dick for taking them all out, he is such a nice fella..
Afterwards the girls went swimming in the Thames and it wasn't long before Matty was in with them.. 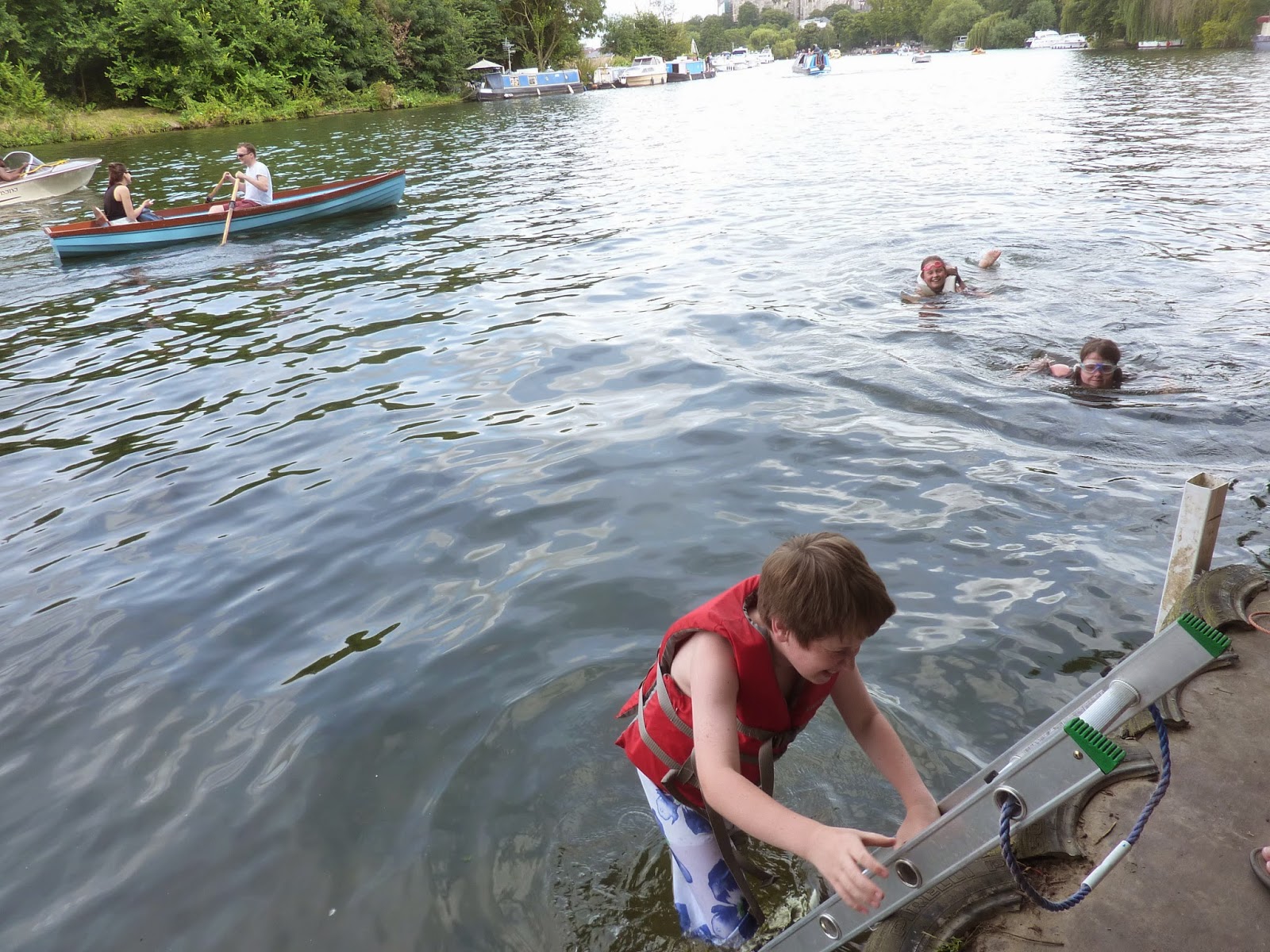 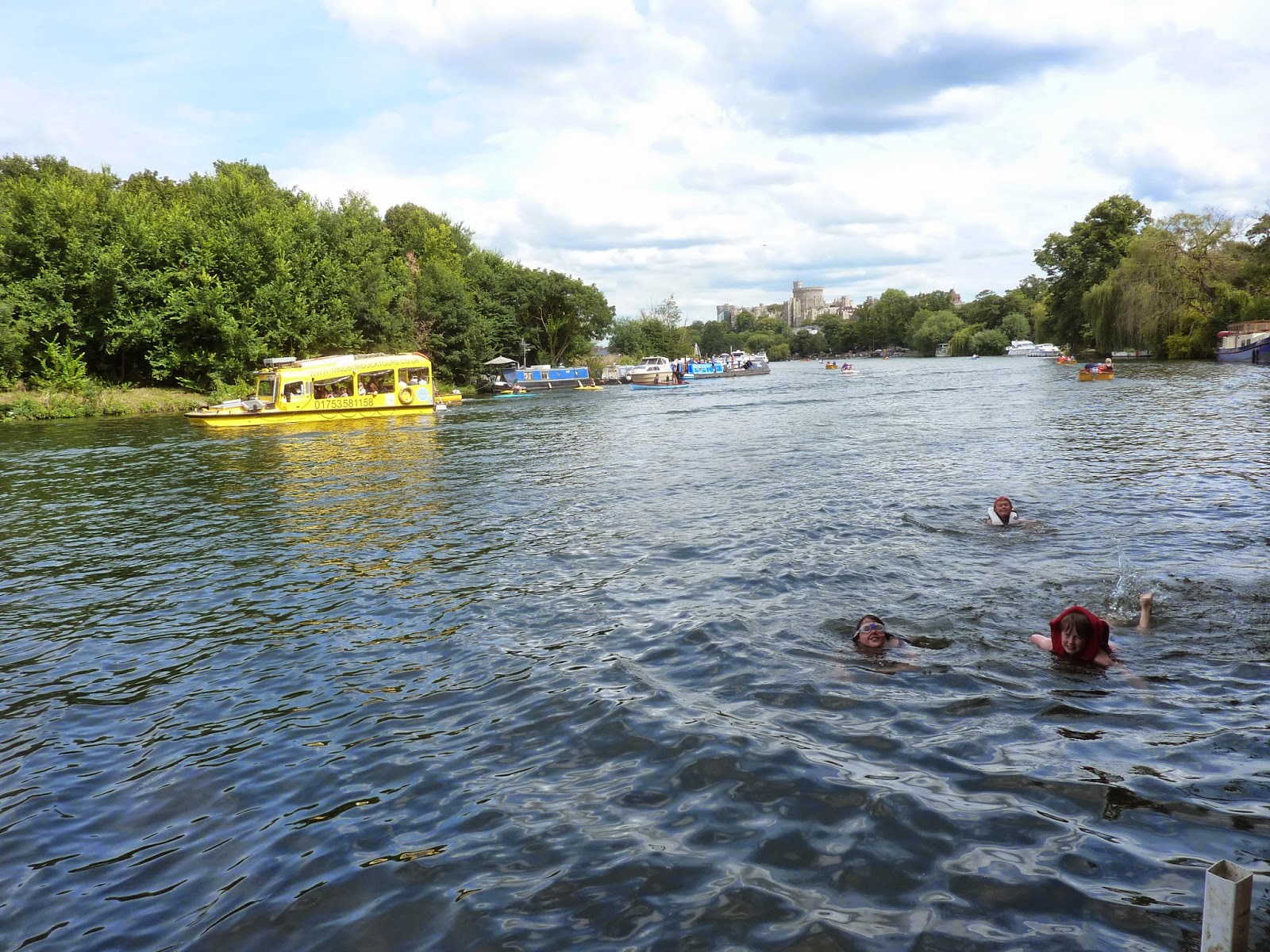 They then played in the back waters jumping in and swimming and doing a bit of net fishing. 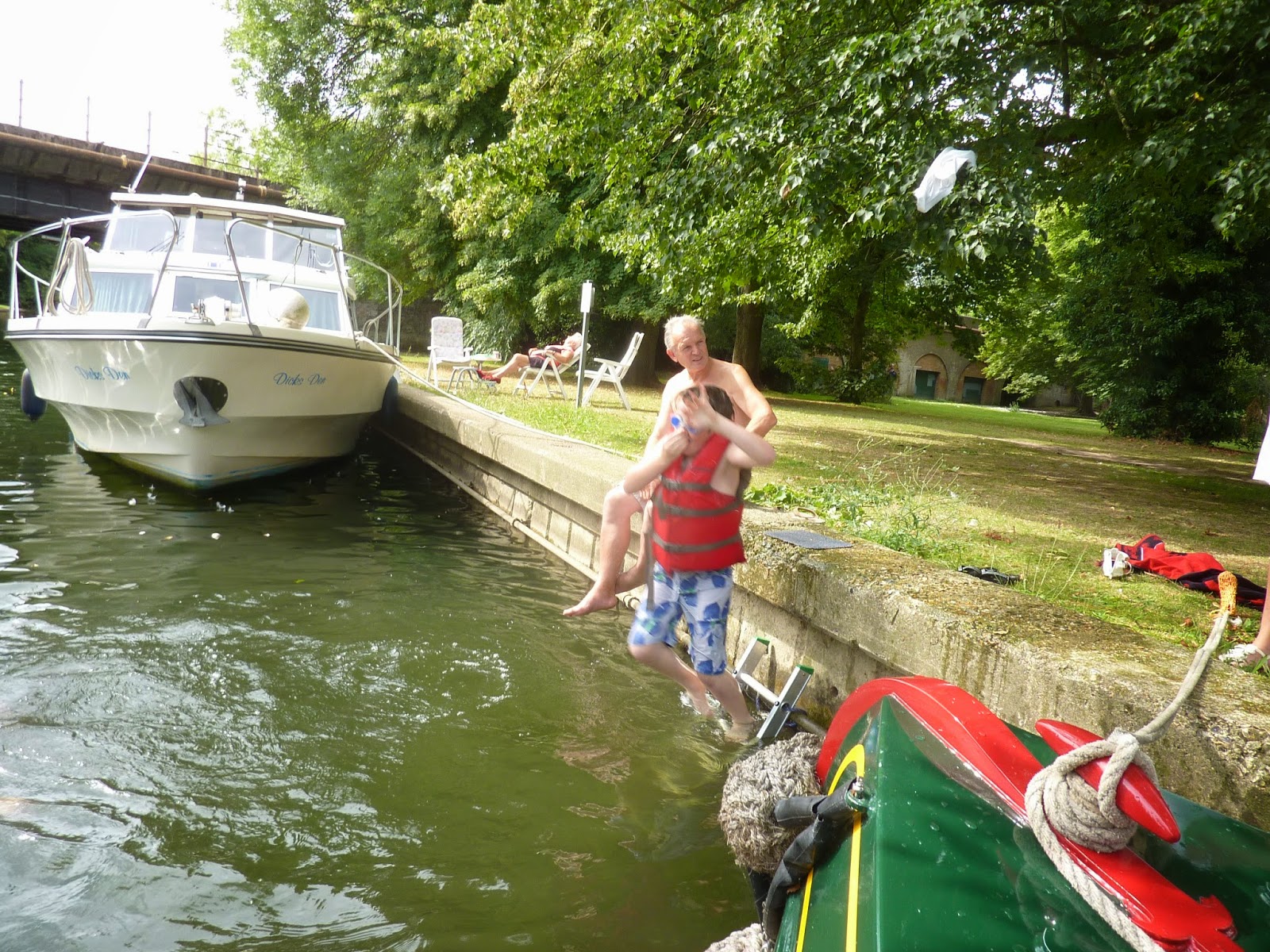 They managed to catch three fish, while Del watched the Grand Prix. 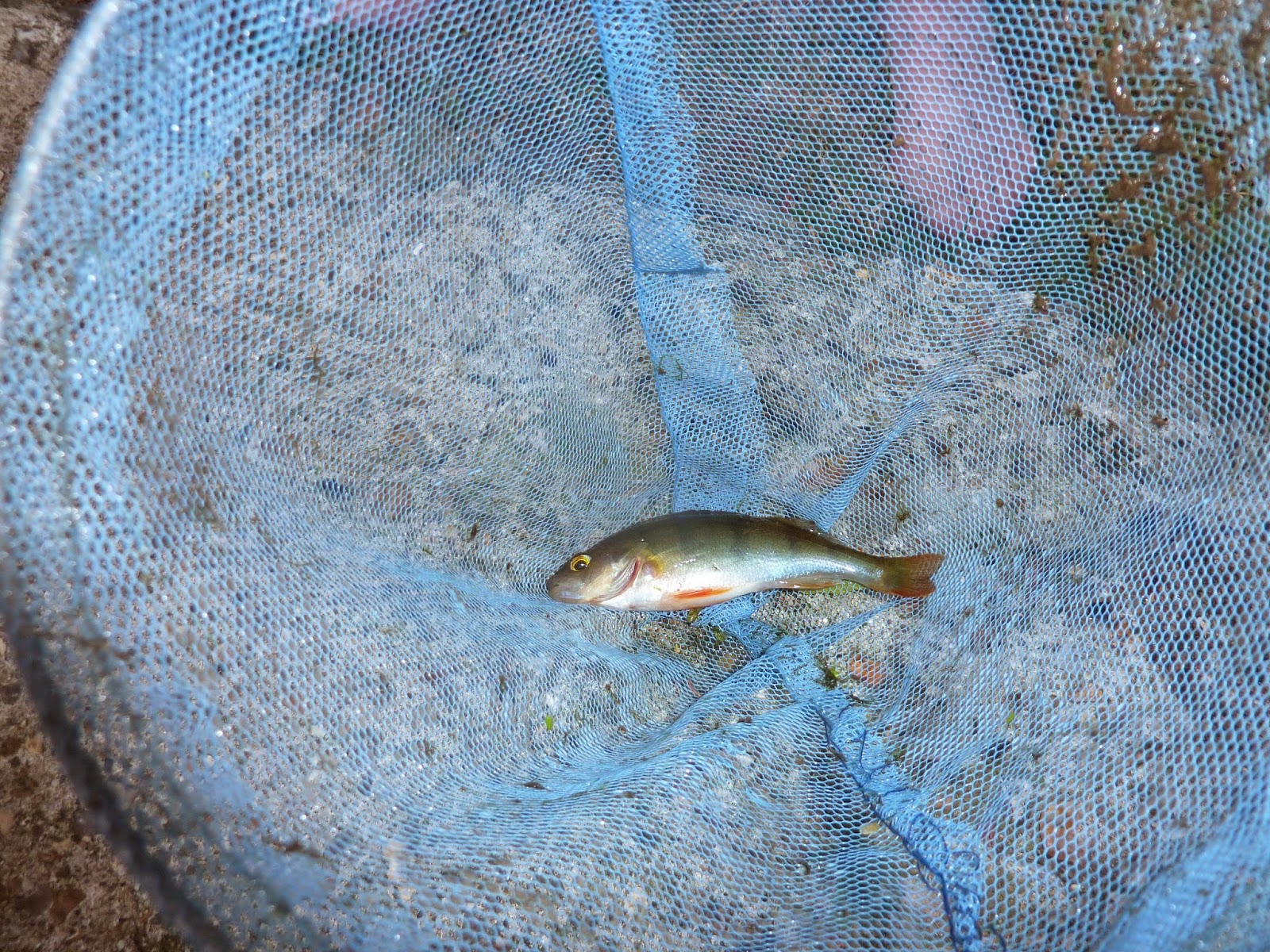 In the evening we were all sitting out in the cratch when a guy turned up with a drone. This is like a helicopter with six rotors and looked a very expensive bit of kit with cameras on it.. 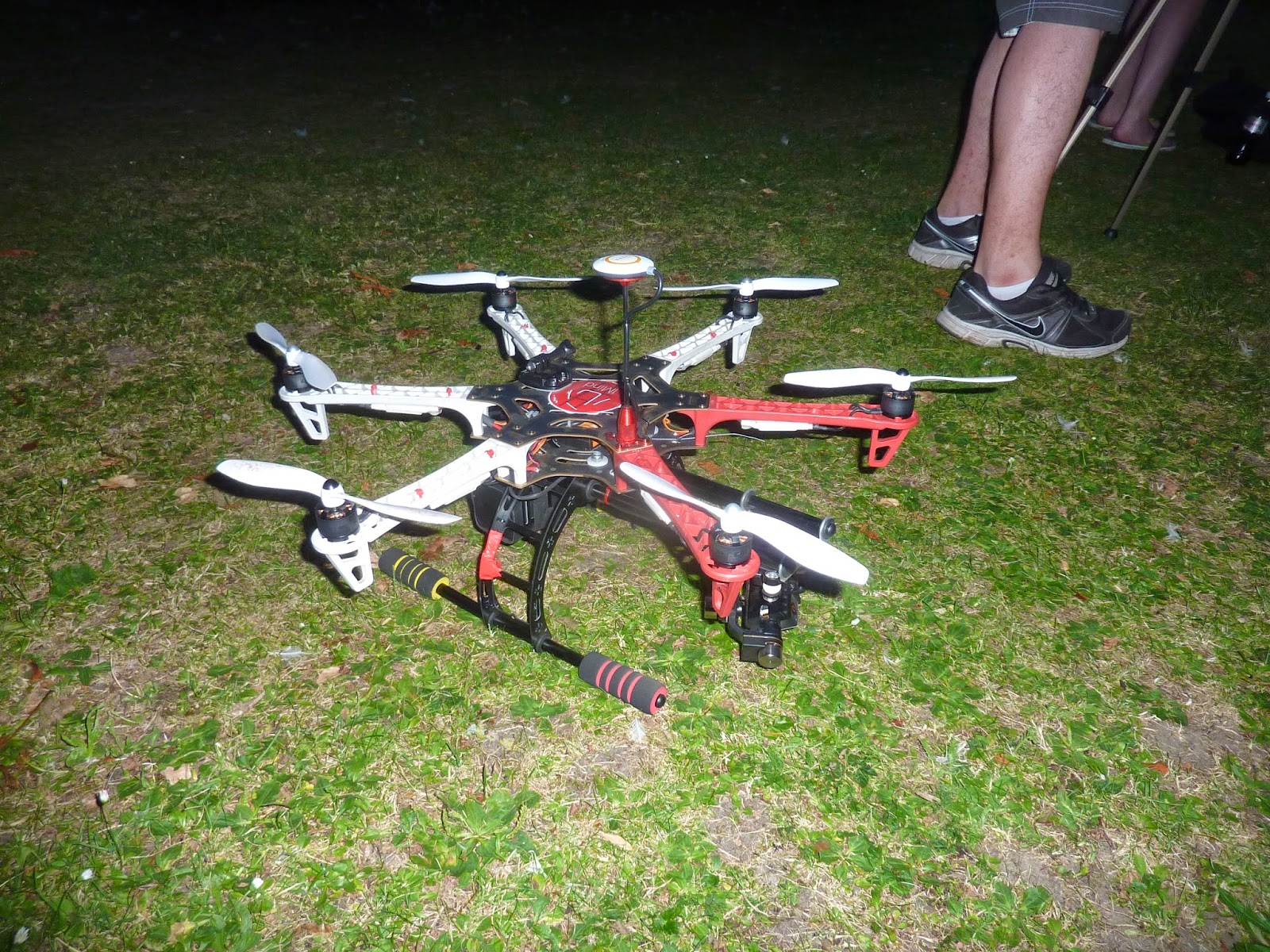 It even had a stand with a tv screen on it, so he could see where it was flying. In fact it cost £1800 which we didn't think was bad. He set it off and went miles till it was just out of sight over the fair ground and we all watched round the screen. 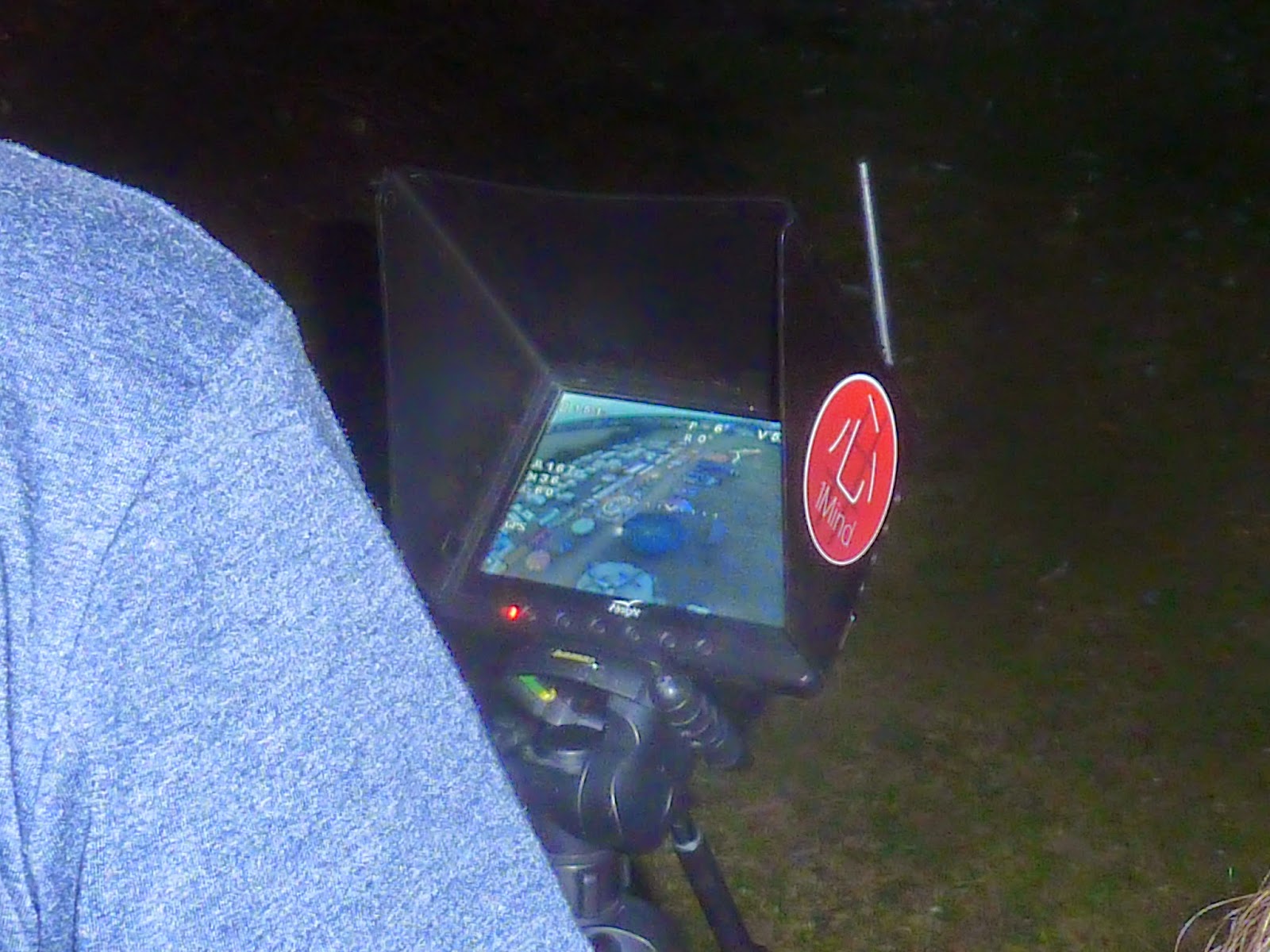 He took some shots low along the river and even went down the side of Derwent6, nearly crashing in the trees...  Check out his Facebook page on https://www.facebook.com/1MindUK?fref=ts 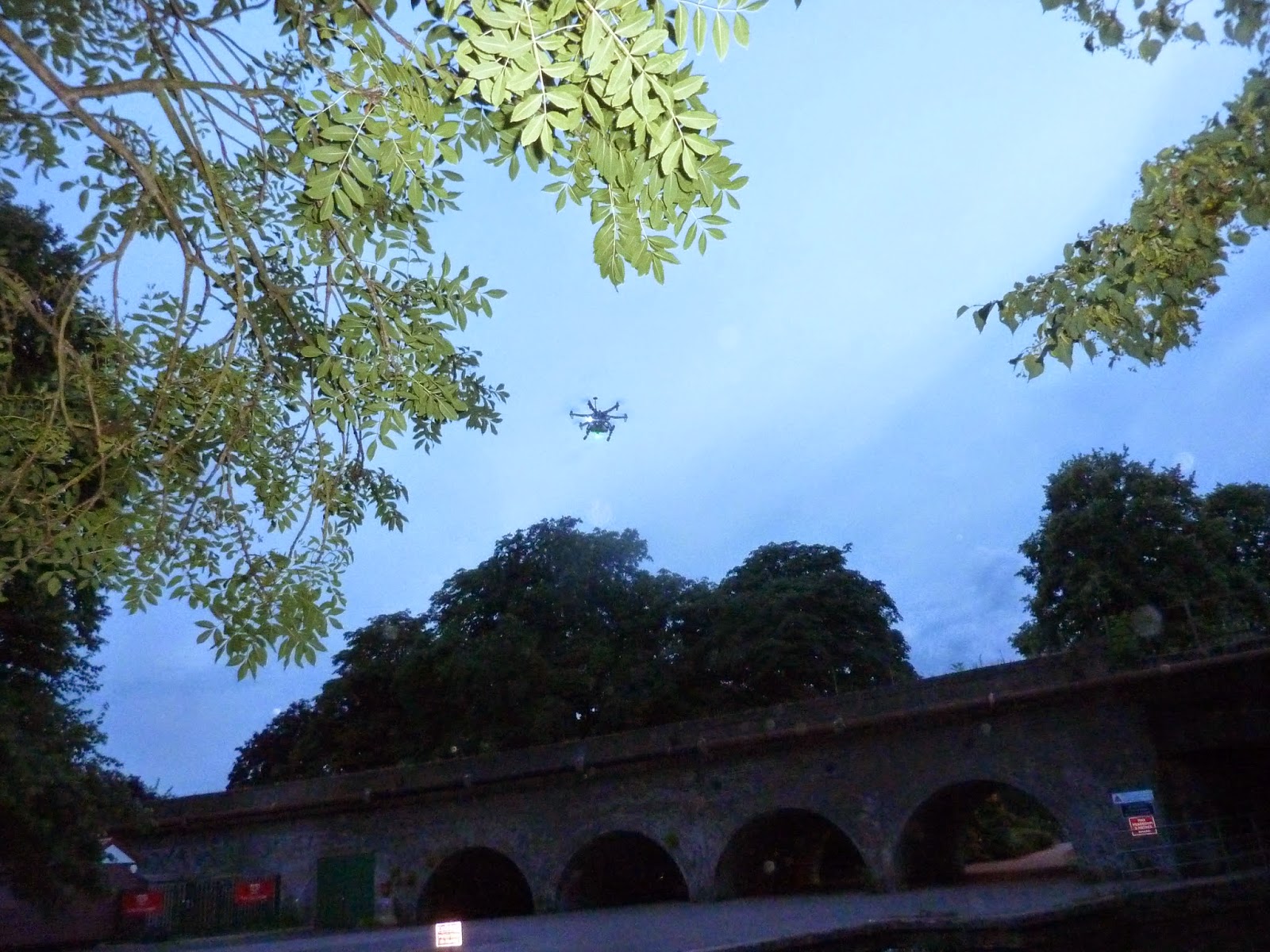 Anyway Cliff, Matty wants one for Christmas now.. It was a good end to another good day...
Posted by Del and Al at 8:13 AM

It was a pleasure to meet you all. We're hoping to get in to town this evening with our camera's and drone and get some nice photos' and hopefully some footage of your lovely boats :)

This is like a helicopter with six rotors and looked a very expensive bit of ... dronecamerahelicopter.blogspot.com