A must Cruising Day

Del left Al in bed this morning and got Derwent6 ready to cruise.. With the frost still on the roof, he set off.. 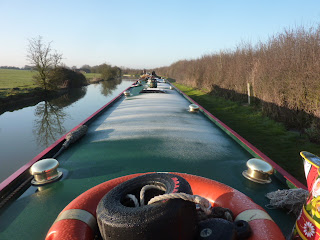 It was just the perfect morning, frost on the ground and clear blue sky with the sun in your face. 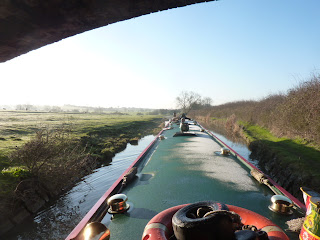 After a hour into the cruise Al surfaced just in time for us to approach Braunston. We arrived at 9.ooam and put ourselves onto the water point and Del walked up to the chandlers and found out they didn't have what we wanted. We then moved round to the pumpout station after waiting for two boats to come off there. 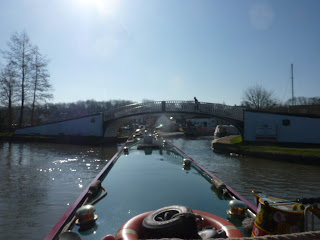 Here we met up with Maffi on n.b Milly M and had a chat but we had to go as another boat was also waiting to get on the station. 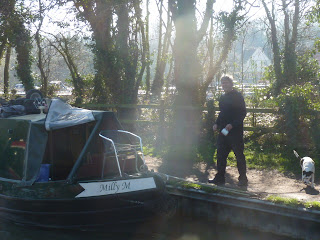 We followed another boat up to the locks and they waited and we went in together. As we went up the flight we were amazed at how much wood there was about and it wasn't long before Derwent6 was loaded up, but it didn't help Del's back.

It was good to see the Admiral Nelson pub being done up again and it will be open for the summer. 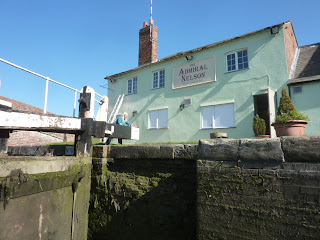 The boat we came up with let us go into the tunnel first, it was a good job he did as their exhaust was pumping out so much smoke we wouldn't be have been able to see anything let alone breath. 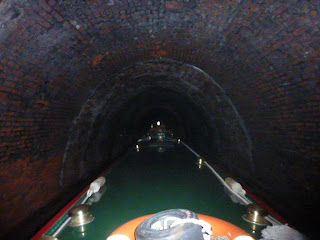 We turned at Norton and moored up for the night. 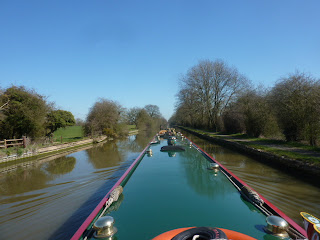 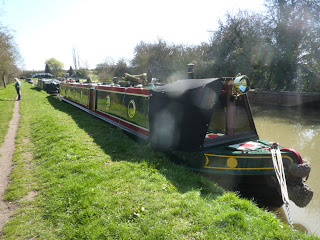 It is really shallow here with boats grounding as they pass. We settled in setting up the telly and making the most of the light summer evening.
Posted by Del and Al at 1:44 PM

Hi u2, Just a bit concerned about Del and his back going on for so long. Have you considered a Chiropractor? We have both had treatment in the past and are so much better after the treatment. Worth every pound!
Chas n Ann

Hope Del's back improves soon, I know how long it can take though, as I suffer the same thing from time to time.
I wonder how long the Admiral Nelson will be open for this time. No one seems to be able to keep it going.
Happy cruising. xx

Hi folks
must agree with Chas/Ann about the chiropractor, helped me out in my working days.Nowadays with no need to get back working a few Ibuprofen and taking it easy helps.
Anyway don`t worry about the water shortage as i`ve nearly perfected my amphibous conversion for narrow boats so we can all move to camp sites.
Take care
Les

Thanks guys for the advice. Think a visit to the chiropractor is on the cards.....