Changing guard with worn out legs

We were up this morning and set off for Windsor at 10.30am. We managed to get there just in time for the changing of the guard at Windsor Castle. 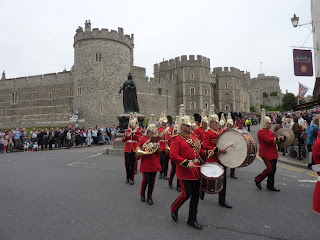 We were lucky enough to see the Coldstream Guards with their bearskins on their heads, a spectacular sight. 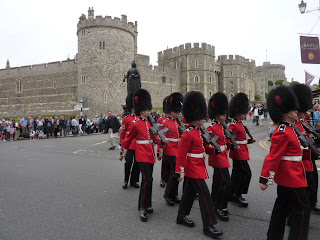 We followed them back to Victoria Barracks which took us on a walk around Windsor. 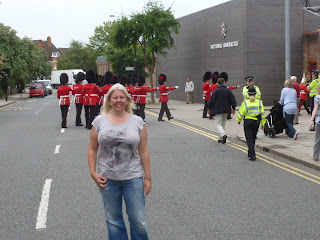 Well a mile and a half later we found our way back to the shops. We had saved up enough stickers for a free coffee in Mac'y Dees so we were glad to rest our feet for a bit. The trouble is with the smell of the chips, you just can't resist having some, so it ended up costing us lunch anyway. We then walked down to the waterfront and watched the people faffing around waiting for boat trips on the Thames. 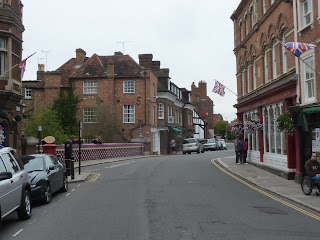 We then went to Eton village and walked the half a mile or so to the famous school and college which has produced so many prime ministers. 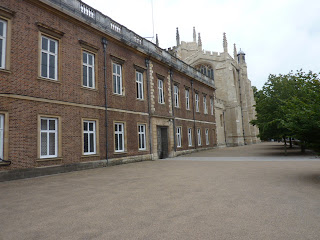 We were only able to go into the courtyard and around the chapel. 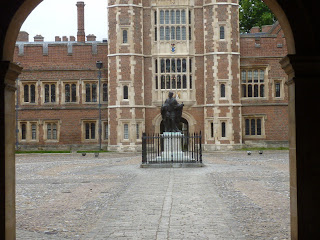 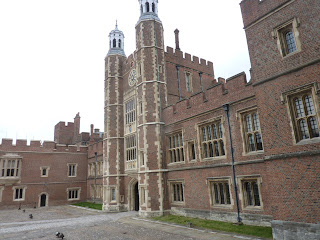 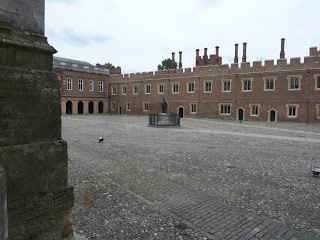 There were steps to climb the wall to the grounds behind which Al climbed. Does anyone know what these were for? 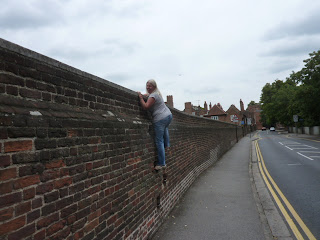 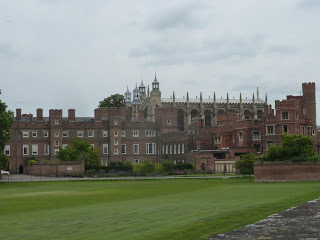 We then walked back with aching feet and decided to get another free coffee back on Derwent6. It was a cloudy day but still warm. While we were out we brought a couple of DVD's (two for ten pounds), so with dinner we sat a watched one of them.
Posted by Del and Al at 8:39 AM

I work opposite Victoria Barracks and we're stopped twice a day by the police so that the guards can come and go to the Castle.
It's a smashing city to work in and to live near. Enjoy the rest of your visit.
Julie

Hi Julie, thanks, we're really enjoying Windsor. When you see the changing of the guard, the wonderful backdrop of the castle, and the excited tourists, it never fails to make you feel very proud of your country. I used to work in Winkfield many moons ago so it is lovely to be enjoying this area again. Al