Ticking over to Bradford on Avon

Tuesday after the bank holiday and the sun comes out again...typical

We were getting itchy about moving and pulled the pins at 10.00am. There are so many continual moorer's here we thought we would see how far we could get on tickover before we felt we needed to pull over. In this shot there are a couple of boat's that we had to pass, let's show why they are difficult to see. 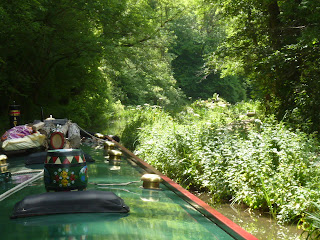 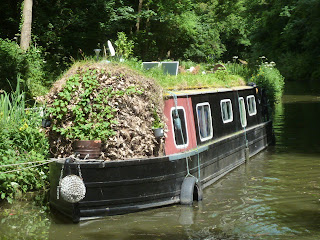 They cover them in grass leaves and weeds! Do they really think they won't get caught mooring there all year. Hmmmm......

It was lovely in the sunshine and the scenery was so good it didn't matter how slow we were going. 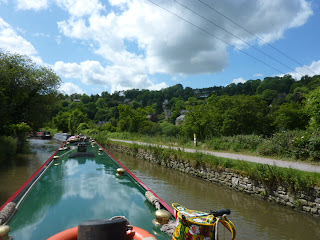 We soon got to Dundas Aqueduct and it started to get really busy. 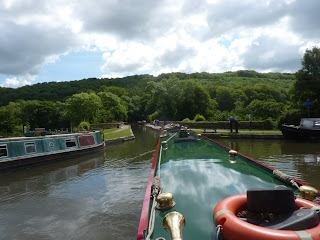 All the hire boats had obviously made it here from their weekend hires. It was a bit cold in the shade of the trees but we pushed on till we got to Bradford on Avon where we met another entourage of moored boat's. 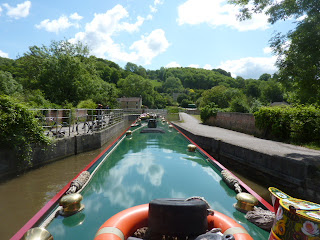 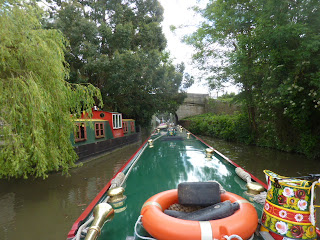 We tried to moor on the moorings below the locks but no chance of that, so we had to go through the lock. When we got to the top we spotted a boat just leaving and quickly slipped Derwent6 in the gap. Phew! 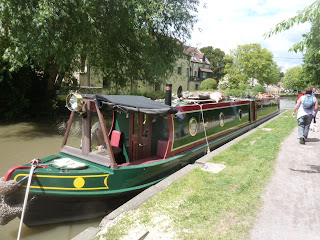 Al then went for a walk to Sainsbury's a short distance from where we were while Del walked up to the pub to see if anything was going on in the evening. Sure enough there was a open mic night so we had something to eat, a nice steak and salad, before we set off at 8.30pm for the entertainment.

We walked up to The Canal Tavern where the open mic was taking place. We had a few pints while watching some really good people which would have blown the X Factor into touch.. We got back to Derwent6 at Midnight, a bit worse for wear!!
Posted by Del and Al at 4:59 PM