We set off at 9.30am and made our way to the top of the Caen Hill flight of locks. The weather had been kind to us and it was not too hot, but nice and warm. We had made the mistake of following a hired wide beam in front of us, so all the locks were against us. It also didn't help that they had all four paddles up at the first lock. Hmmmmm it's going to be a long day!!! 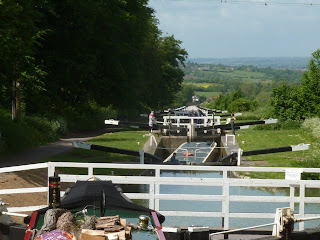 We saw the lockie at the top lock and he made us wait because we were too close to the widebeam in front of us. He was also no help on his quad bike whizzing up and down the locks, but helping no one. 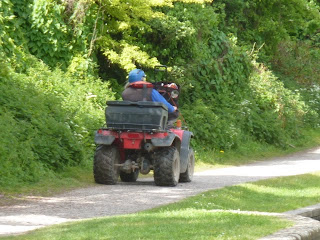 Infact we had some help from a guy who got a windlass out of his rucksack and set a couple of locks for us, and helped the widebeam in front, but then pulled a calf muscle and had to give up. 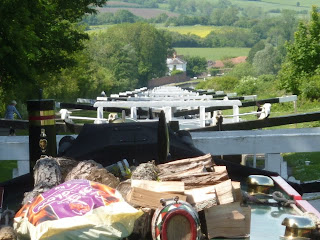 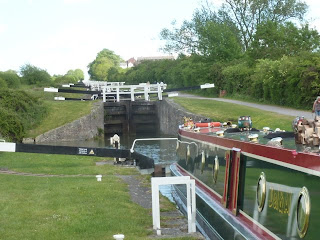 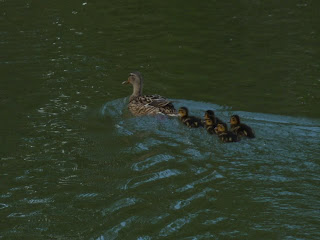 These locks go into infinity and beyond and were a big challenge. 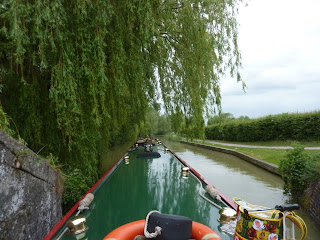 Eight hours later we were still behind the widebeam and we moored up behind them at Sneed Wharf with the Barge Inn pub opposite, knackered! We did 31 locks today and only covered four miles... 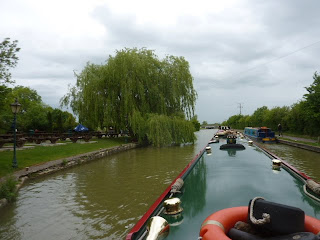 We walked over to the pub and brought a well earned pint, but we were shocked at the prices. We weren't paying twenty pounds for a steak. So we walked up into the village as we had been recommended by another boater to visit The Brewrey Inn. We ordered another pint (of their best cider) and then found out the cook was sick and they had no food. We had had nothing to eat all day and were dehydrated and the beer had gone straight to our heads! We had no choice but to walk back to Derwent6 and have something to eat. Al managed somehow to cook a chill, and with a another glass of wine, we fell into bed..... What are we like!!!!!! 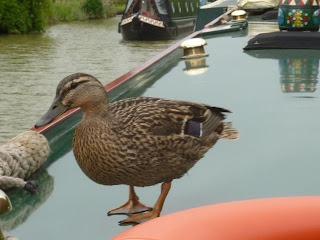 Hi Both. Just noted your comments re food prices. Would thoroughly recommend The Lock Inn at Bradford-on-Avon.
Good portions and prices and right next to the canal. Have a look here
http://www.thelockinn.co.uk/

Hi Ray & Sue
We went there today for lunch! It was fab, you're right great prices and good portions in a quirky atmosphere. Thanks for the tip!