The weather was pants on Wednesday so Del used the time to have a look at the camera as it was playing up a bit, and also had some dirt stuck between the lens.. 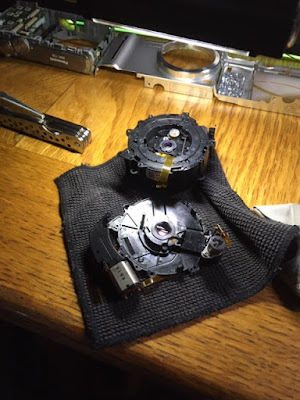 It turned out to be a bad move as he put it together twice and it still didn't work, and then his very small screwdriver snapped, so it might be a new camera for us.. So all the pictures will be with our phones for the time being until it can be replaced or repaired.

The following day we were woken by a loud horn going off and it was a hunt close by. 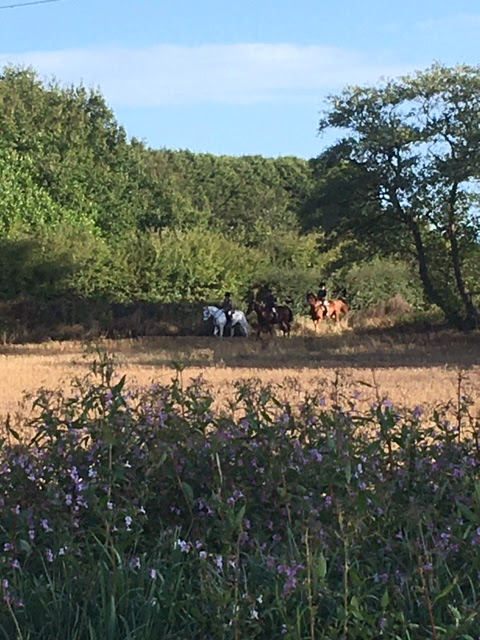 There must have been about thirty dogs and eight horses, so it was a good job Tooty wasn't out. The weather was still iffy and we waited until we had a window of opportunity to go. 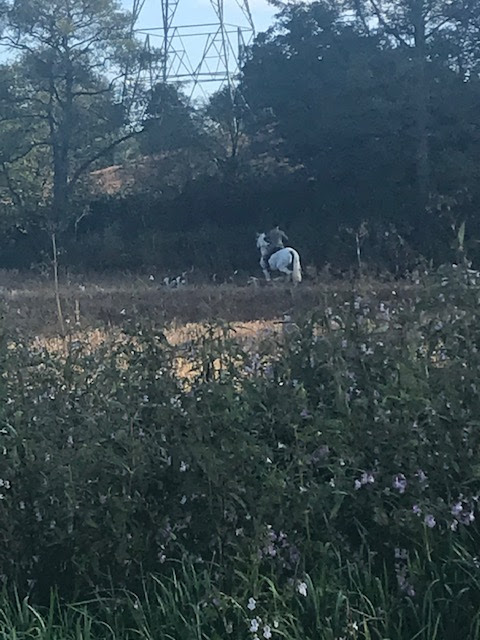 It was very quiet today as boats were like us, wondering should they go or not. 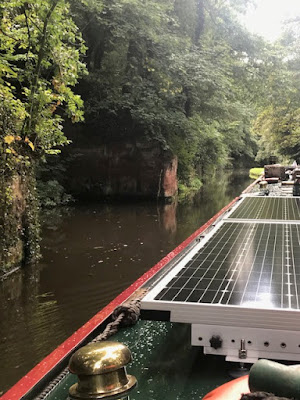 Our first lock was against us, but being all single locks they don't take much time to drain or fill. 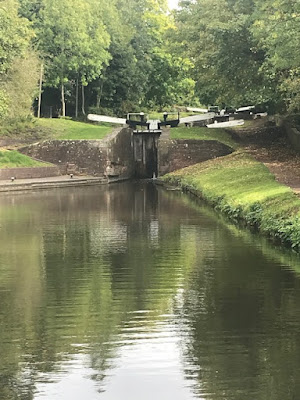 The canal winds its way round the contours of the hill and in one section turns right back on itself and is called the Devil's den. 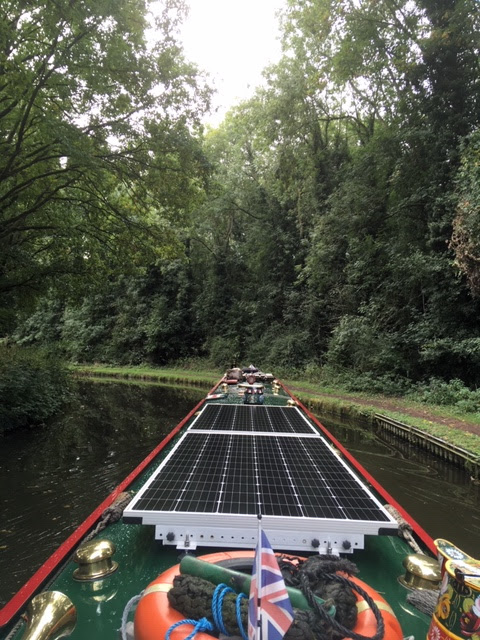 Here it has a lovely aqueduct going over the River Stour. 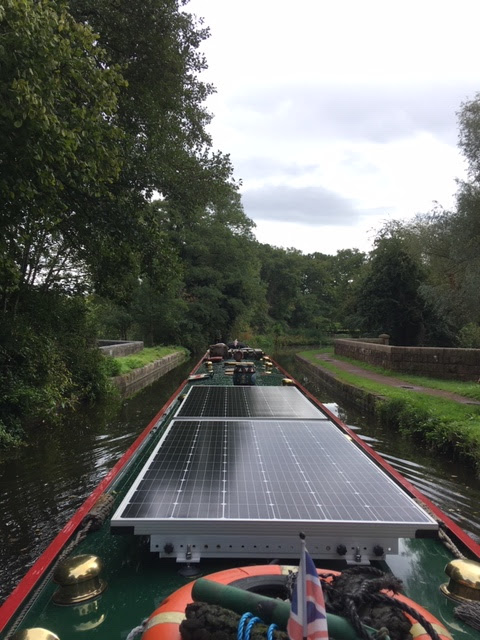 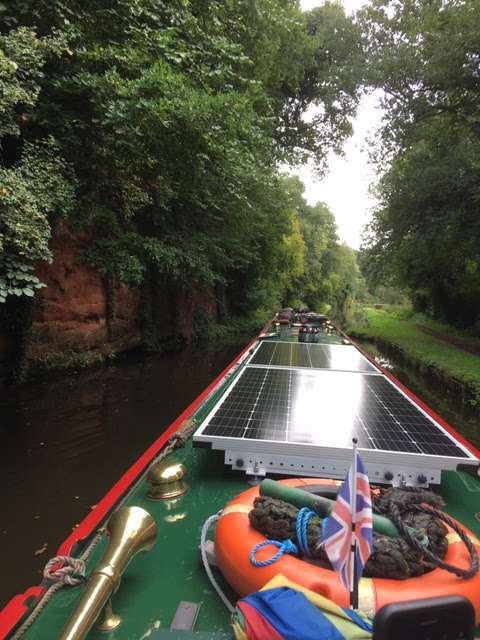 We then got to the junction of the Stourbridge canal which goes to Dudley.. 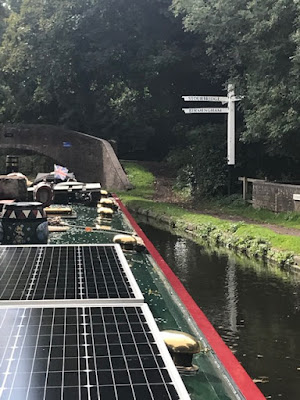 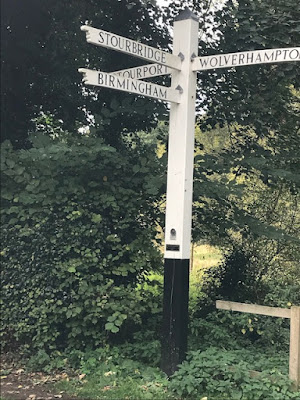 The next lock is Stewponey Lock with its wharf and bridge and also a 1792 toll booth. 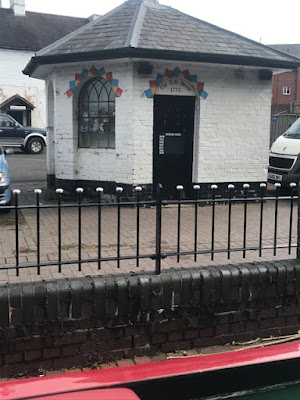 We then had to go through Dunsley tunnel, which is hardly a tunnel as we have been under longer bridges, but is very quaint and pretty as it is low, one way, and rock lined.. 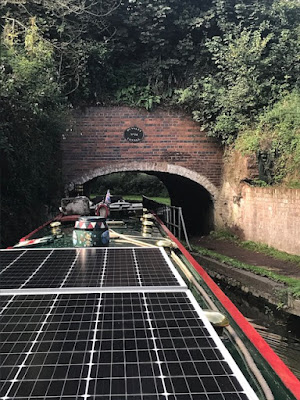 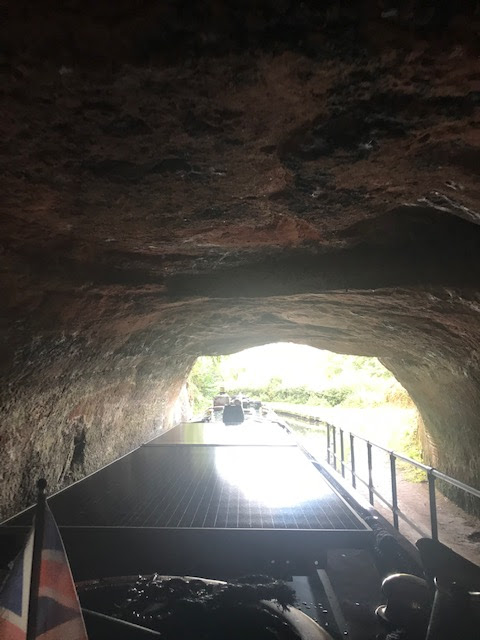 Its very pretty through here at Hyde Lock, and we liked the house that had lock gates as garden gates.. 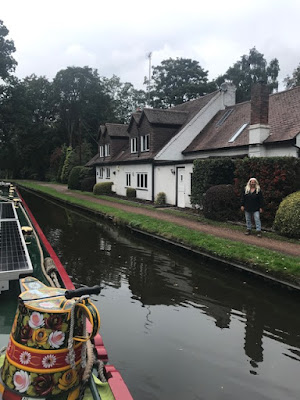 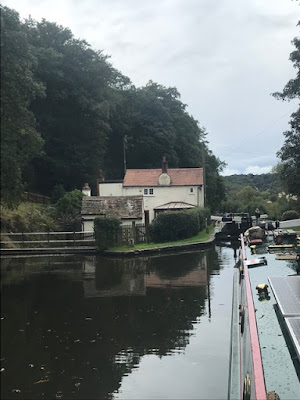 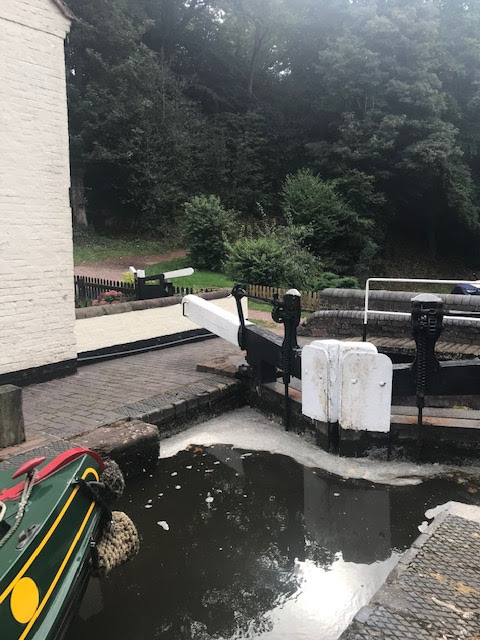 We then wanted to top up with water again, as we have heard the water points are few and far between.. No chance this time as a boat was hogging the two taps available. We could have waited alongside, but we were not desperate. With no moorings before the lock we went through Kinver Lock with its smell of Wood burning pizzas coming from The Lock pub. 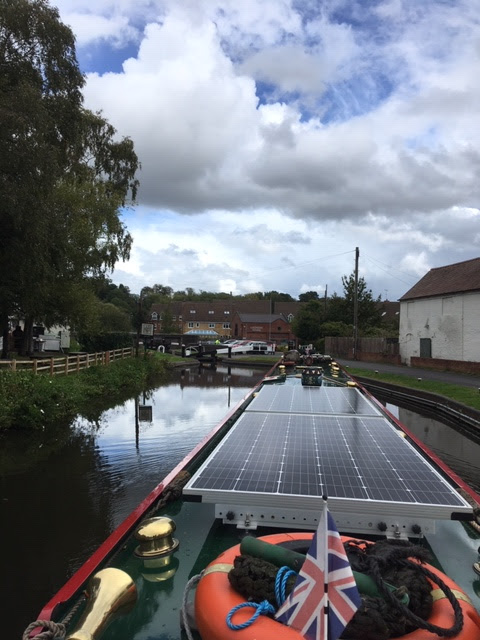 There were loads of moorings when we came down the lock and then we found out they were one day moorings. Round the corner there were some fourteen days, and we got a good spot with all the signals .. 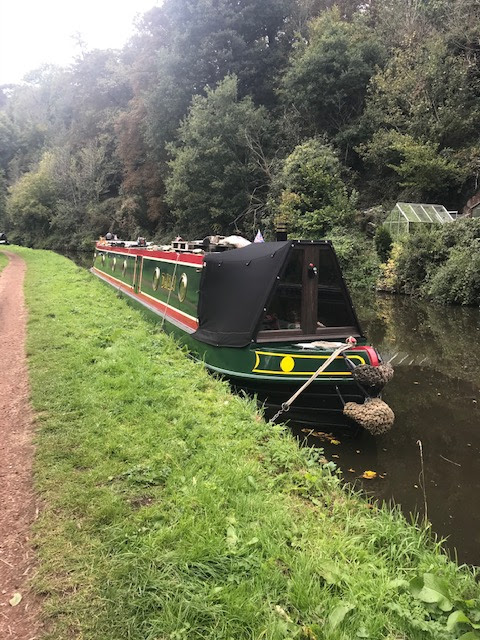 We needed to organise our prescriptions from the doctors, but it meant we would have had to hire a car from Stourbridge, and with the Covid situation we wasn't too happy about doing that.. So we walked into Kinver town (which was lovely, and we will explore it more tomorrow). We went to the doctors there and signed up as a temporary patient. They were really helpful, and sorted everything out for us. On our walk back those pizzas beckoned, and we sat outside in the sunshine overlooking the lock and had the meat feast with a basket of chips and a pint, delicious!! 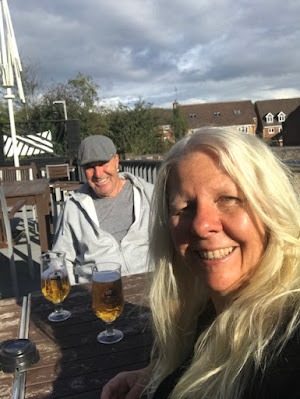 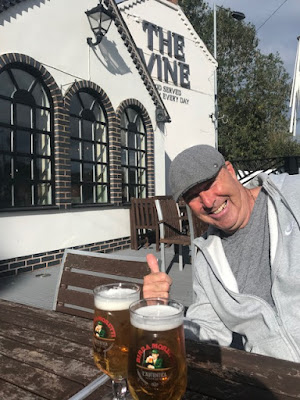 We got back to Derwent6 late afternoon and for the first time this autumn, lit the fire. Oh that smell of burning wood and the heat just hitting your sleep senses......it was bliss!! 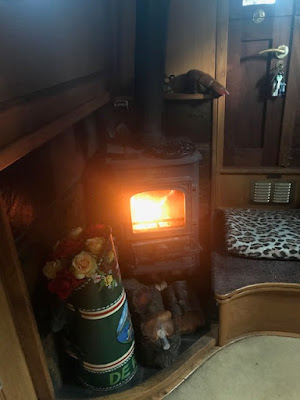 I don't know if they're open at the moment, but if they are it's well worth walking up the hill to see the Kinver rock houses.

This link might be helpful regarding your drug supply issue...
https://www.nhs.uk/using-the-nhs/nhs-services/pharmacies/electronic-prescription-service/

Hi Adam, just published a blog about these, they were fabulous!

Hi KevinToo, We don't usually have a problem, there was just a glitch this month, but all sorted now, but thanks for the info...:-)