The Napton Flight to Fenny

We woke up to the smell of diesel fumes and a running engine on our stern and Tooty wasn't impressed. 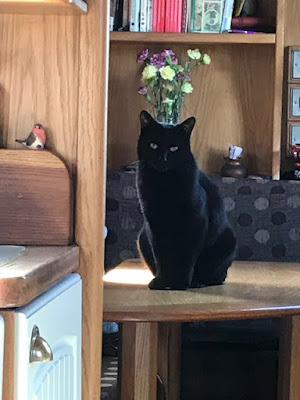 A hire boat had moored close to us and I think they had flattened their batteries last night, as when we came back from the pub they were all blazing. This got us up as we knew we wanted water, and as Derwent6 has a big tank it would pay to get on the water point early so we didn't interfere with anyone else.. 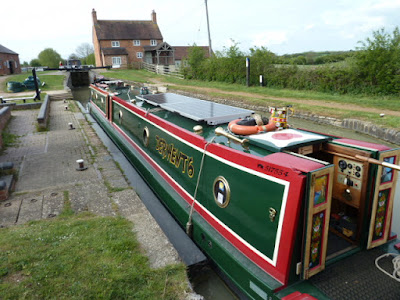 We waited to go into the lock as it was full and thought we could see a boat coming down in the distance. It turned out to be Jono on n.b Alice who does a Vlog called "Journey with Jono" and you will find him on our links. We had a good chat about lithium batteries and how good they are. 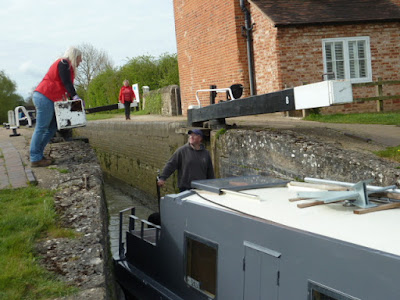 We set off up the flight and soon got to lock nine which had now been repaired. In this day and age we don't see why they can't match the brickwork to the way they did it back in the late 1800's. 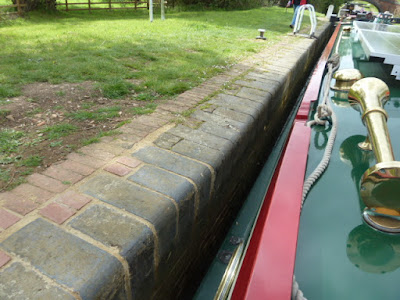 It was done with what looked like stone blocks with sharp edges to slice your ropes. 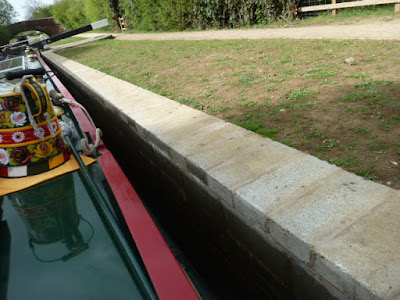 If it was a film set they would have got it right..
The locks seemed very easy and were well greased as Del directed Derwent6 into them. 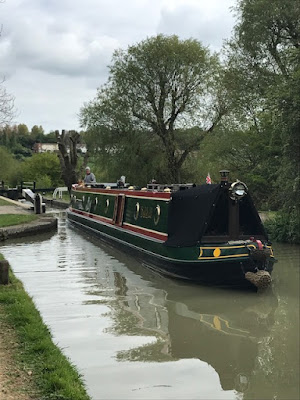 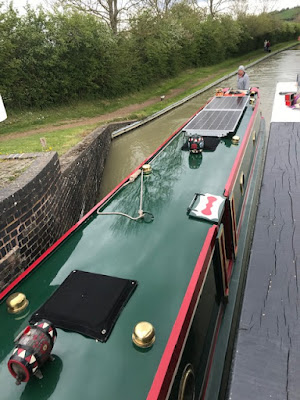 We soon got to the top of the flight looked at by the guy with the horns. 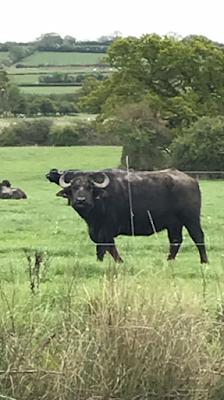 From here it was plain cruising, twisting and turning through the countryside taking some tight bridges in the process. 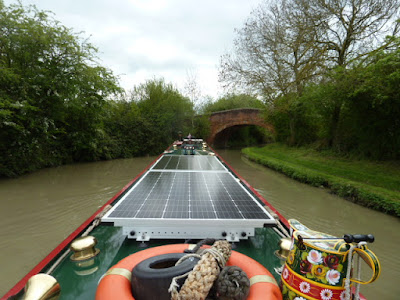 It is very pretty along this stretch, but it also turned out to be very shallow, which is becoming a bit of a feature on this blog this year.. 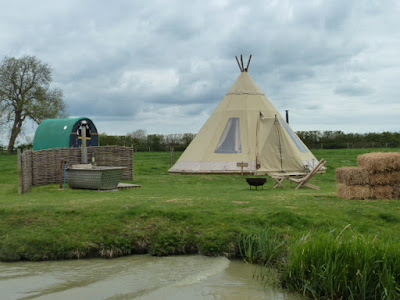 We were creating quite a wake at the stern where the sides are so shallow. In fact it was so shallow there was no one moored at the aerial moorings because you couldn't get it.. It is a bit of a worry with all the tiny ducklings and moorhens in the reeds.. So we dropped Derwent6 to idle for most of the way, and Al did some nice pasties to keep us going. 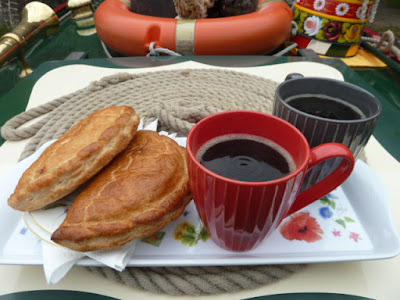 It all took a bit longer, but luckily we have the time to watch those ducklings grow.. 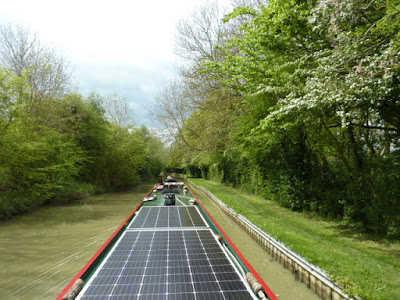 After a few hours we turned up at Fenny Compton and passed the Wharf Inn which has now changed hands.. 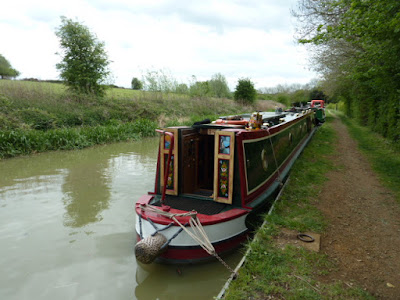 We decided to try it out in the evening as we both fancied chips.. The food was good, and plenty of it. They have also started doing live music again, so a winter haunt for us, we think!
We got back to Derwent6 at 9.00pm and chilled with a coffee before bed. Tooty was out in a flash. It really had seemed like a long day..  Tomorrow might be even longer..

I seem to remember reading that there was a problem with sourcing the right coping stones, so rather than keep the lock closed until they arrived, CRT have put some temporary ones in which will be replaced next winter.

Hi
Pasties look fab - what recipe do you use ?

Hi Phil, although I do make homemade pasties I can't take the credit for these ones.........they are good ol' Ginsters at £1 a pop, warmed in the oven!