The plan was to get some washing done today, but we have to run the Travel power generator for the washing machine and tumble drier to work, which is a bit of a pain. Del looked at changing things over to see if they would run off the lithium batteries but needed a lead to do this so we ended up having to run the engine anyway..
On starting the engine we had a squeak and it appeared to be coming from the generator belt which appeared to be a bit loose..
Panic stations set in as Del thought it could be the bottom pulley making the belt loose. It was also due its 10 hours check, and we had done 15 hours, so action had to be taken..
All the silencer covers have to be removed to see the red mark on the end of the crankshaft pulley and on inspection it seemed things were ok. 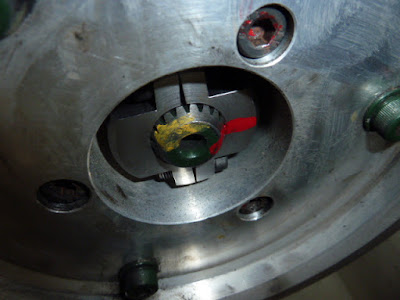 It was weird, because on the domestic belt it had became rather sticky, maybe this was because it was a new belt. Anyway, a check on the Allen bolts and it became clear that everything was tight and it was panic over.. 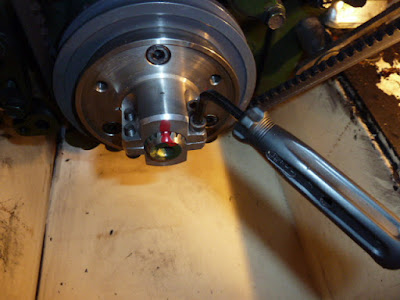 After checking the tension of all the belts it was a case of putting it all back together and running it up.. 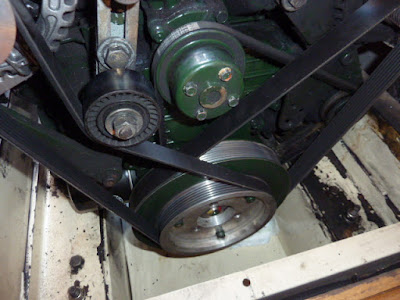 Al did her washing and put it out on the towpath to dry in what turned out to be a wonderful day.
Del did the brasses and Derwent6 was shipshape again..
Posted by Del and Al at 9:30 PM