Day eleven and Twelve of our Electrical Upgrade

So it was a waiting game as we wanted Kevin to fit the Alternator which arrived on the Friday. It turned out to be a very good, nearly new reconditioned one. Kevin arrived at about 10.30am after his flight back into the country from a job he had to do aboard. 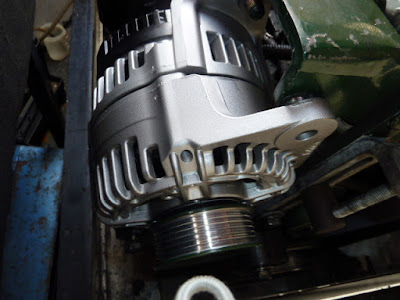 It was fitted in no time, and as the batteries were at 100% we had to turn everything on to make them drop below 80%, so we could check that the alternator from the engine was charging..
That was fun as we could see all the Watts and Amps flowing through the system and the lithium batteries coped with it all..
While all this was going on Kevin showed us how to use the VE Config which is where you can adjust settings and limits and also turn things on and off. 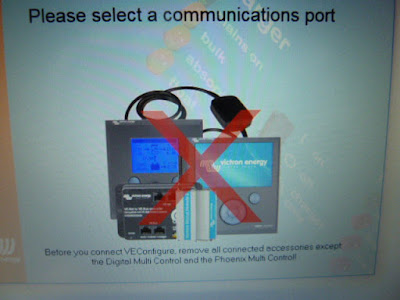 Also you can use VE Flash to update the firmware on all the components and ECU's in the BMS (Boat Management System) when required. We will fill you in if and when we come to make adjustments. 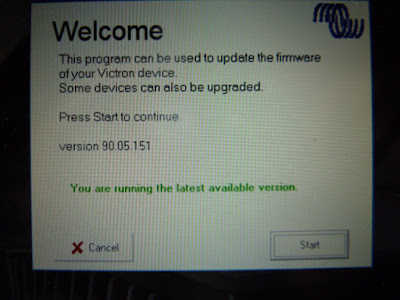 We managed to get the batteries down to 79% so it was time to run the engine (fingers crossed).
Straight away you could see it made a massive difference, and it was charging beautifully.. Everything was steady and the battery charger was putting in an easy 35 amps into the Lithium's. When we got to the fully charged state (100%) the VE Bus control unit turns off the charge to the lithium batteries and then a float charge goes into the two dump batteries. This is when we noticed a slight fluctuation on the engine revs, but so much better than what we got with the old alternator..
So Kevin asked us to try it all over the weekend and make sure we were happy with everything, which we intend to do..
We just don't have to worry about battery power anymore and its so hard to get your head round that.  So far this system is amazing!!
Posted by Del and Al at 6:57 PM

Phew, looks a bit complicated to me, good job Del undersands it all.
Brilliant that you can control it all from your phone too.
This must be the most supercharged boat ever.
K&A xx

Hi Guys, it sounds complicated, but in reality, once installed, the system is straight forward. I've amazed myself how much I've learnt lol!! But you're right, its a good job Del's got a handle on it. We wont know what to do with all this power lol, mind you we only plan to do this once! It's got to last! x