Day three of our upgrade

So it was a 9.00am start again today and the new lithium LiFePO4 batteries were waiting out on the pontoon waiting to go in. The first job was to remove the old batteries (well four of the six) and remove the wiring.. The second job was to make up the new battery wiring from 35mm to 50mm and then to get some insulation round and under the battery carrier to try and keep the batteries as warm as possible even in extreme conditions. The batteries were then fitted along with the VE Bus controller, which is part of the management system which looks after each individual cell in the batteries. 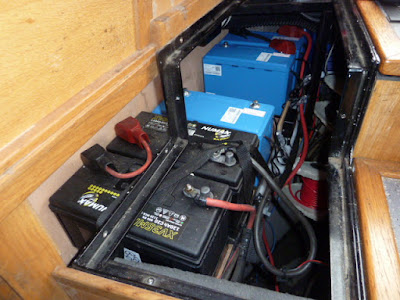 It looks at high voltage, low voltage, and high temperature. It also balances the cells so that they are even and will shut down any loads which will drop the voltage in a cell, too low..
If the cell gets too high (over voltage) it will shut down the charge voltage coming into it either from the alternators, solar panels or from the inverter.
The worse thing is that Lithium batteries do not like being charged under a temperature of 5 degrees.. So the Management system will disconnect charging circuits if the temperature is too low.. As you can see from the picture there are two lead acid dump batteries still fitted.. This is to take the charging voltage from the solar and alternator when the lithium's batteries don't need to take a charge. Lead acid can be charged all the time.

Del tried the tilt on the solar panels today and they look big, but fantastic. It will be very interesting to see what they will produce on a cloudy day.. We are hoping to be able to leave them down in the summer months, as the sun goes right overhead, but if required we can catch the last rays of the day as the sun sets. In the winter, with a low sun all day, hopefully the tilted panels will come into their own. 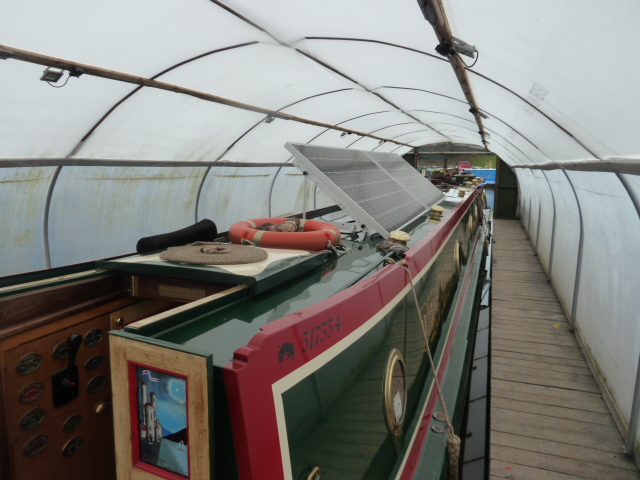 A panel was then made up with a battery protect controller and also a relay which turns on and off the charging circuits. Also they are protected by fuses, and then you have the shunts and buzz bars which gives us all the correct readings on the display panels.. 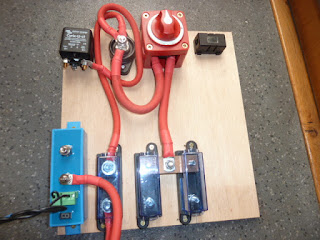 If you remember Del fitted a new fuel pump to the Eberspacher central heating and it still didn't work but put a trouble code in for an open circuit in the glow plug. 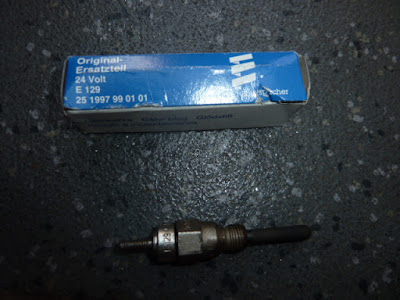 He fitted it late in the evening, as it was going to be another cold one, and after a few times trying to get it to work it burst into life with a puff of smoke.. another job, jobbed!
Posted by Del and Al at 8:27 PM