The cat Tooty went out at 4.30am and when we surfaced he still wasn't back. We wanted to leave early so we had a chance of getting a mooring on Easter Sunday at All Oaks near Brinklow. Del sorted out Derwent6 for casting off and Al was rattling the tin of treats calling the cat. Tooty soon came bounding back as he knew where his bread was buttered. We still can't get over our new batteries.. When we looked on our phones we were at 82% and had loads of stuff on till 11.00pm last night. The Solar was already topping up the batteries and when we set off they were at 88%. When the engine was started the solar turned itself off and the alternator charged the batteries in about one  hours cruising and then that turned off at 100% and the Solar's came back on and went onto float.

It was great to be cruising again even though we have done this stretch loads of times, but not with these Solar panels on the roof.. 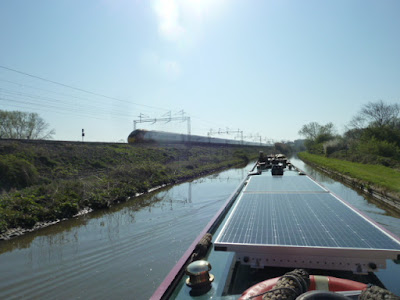 Al decided to use the bread maker while going along and the smell was lovely on the stern deck.
We pushed on till we got to All Oaks moorings, and our timing was right as there were about four moorings to choose from. We picked the one which would get the most sun of course! 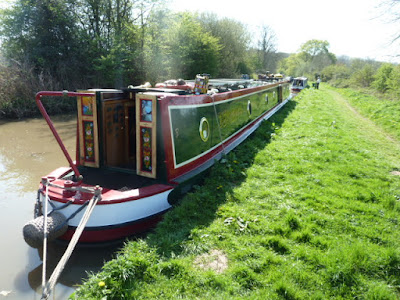 Al's bread was almost done, and Del was fascinated by the figures it was pulling on the batteries. It baked this for free, as the solar panels were putting in more than the bread maker was taking out. The result was a lovely large loaf. 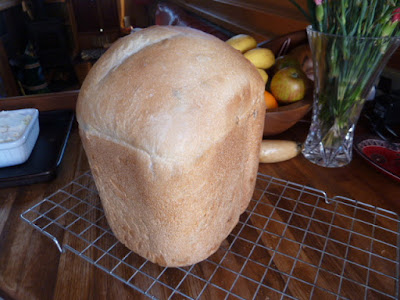 As it was Easter Sunday Al had arranged for us to have a nice Easter Sunday roast lamb. It was full of colour and looked and smelt so good. 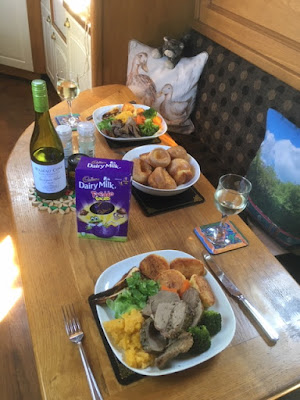 The afternoon was spent sitting out in the cratch chatting to our new neighbours and enjoying the sunshine with a few beers.. 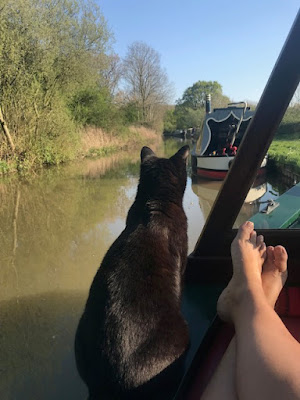 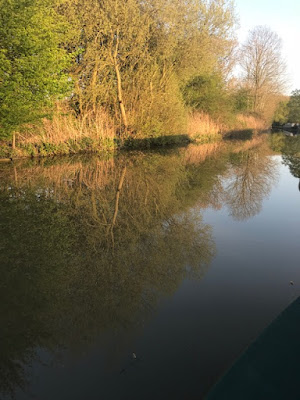 Please remind me where you two are cruising this season (mid May to late September), as I do think we NEED to get together for a small number of bevvies ...
Mxx

Hi Marilyn, we're heading south so will keep in touch and I'm sure we can get together for a beer or two! x