We were up early for a big breakfast and went back to the Turkish restaurant called Shiraz. Having over eaten for a fiver, we then did a bit of shopping...
It was then back to Derwent6 and we just felt like doing some little jobs so Del did the brasses and Al did the boat work.
It got to 2.00pm and we waited for Steve and Chris on n.b AmyJo to come in and join us. 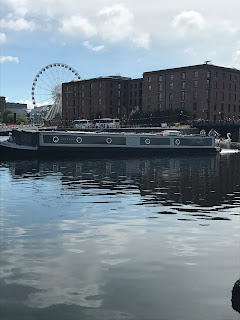 We last met them in Chester and knew they were booked in as we were coming out, it was great to see them..
This was our last night in Liverpool and we intended to make the most of it, so a small pub crawl was in order.
We had to find some pubs with a bit of music and its not hard here in Liverpool. 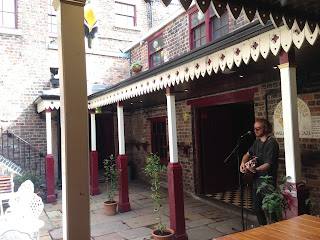 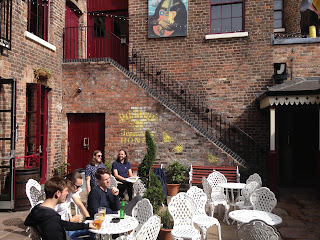 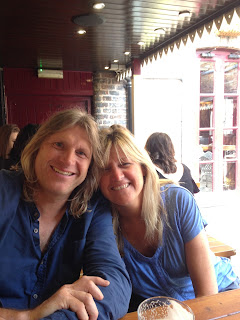 We had decided to have an early night because we were going to be up early the following day, but we knew things weren't going to plan after the fifth pub, especially when Steve and Chris joined us with Smudge the dog .. 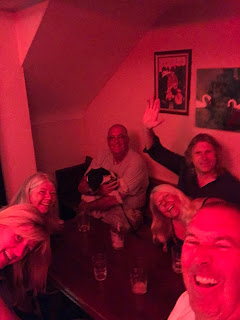 We finished back in the Baltic Fleet, probably because it was so close to Derwent6 and Al loved the Gin in there..
It started to rain hard so it was a good move to be close to D6, a quick sprint along the dock saw us home and dry. It was our last night on shoreline and we made the most of it, before we had our early night.
The evening finished with a firework display which felt like it was a celebration of us leaving the dock tomorrow, a fitting end to a perfect 10 days.. 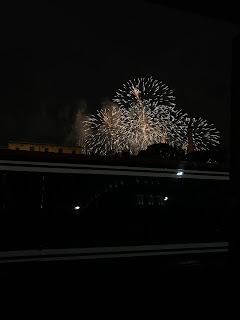