A Long Day for a catch up

We were up at 6.30am and made our way to the water point at Plank Lane. It turned out to be a fast tap (or we just hadn't used a lot of water), and we were on our way by 7.00am.
It was a steady cruise through the countryside with the mist on the water and all the wildlife out to see. 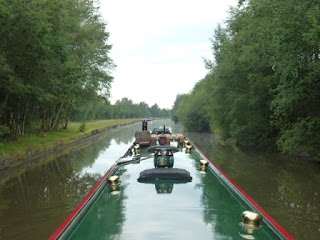 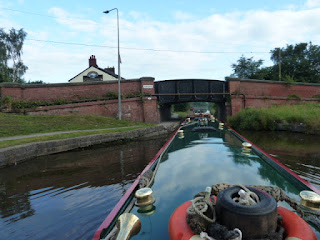 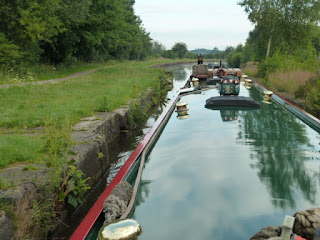 We even spotted a turtle sitting on a log. 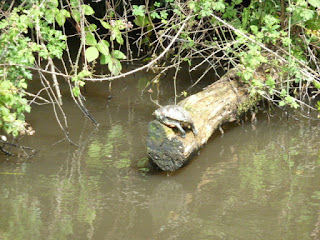 We passed Abram and then got to the lakes at Ince Moss, before we got to our first lock for ages at Poolstock. 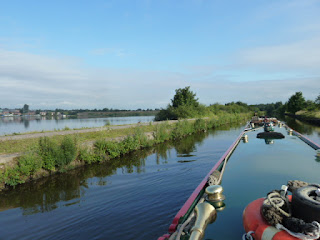 These were tricky locks with high alcove which made it difficult to get off and to moor up.. It didn't help that Al sprained here ankle getting off here, but like a soldier battled on. 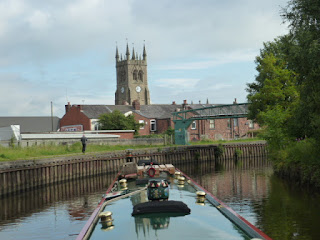 There had been a restriction on these locks but it was now changed to 'eight till eight' so we got through no problems.. 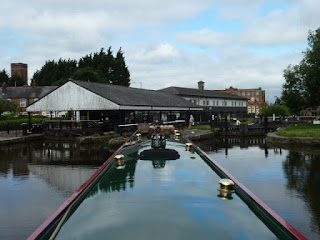 We then hit Wigan Junction and it was Manchester or Liverpool, we turned towards Liverpool.
There were some good moorings for the town just through the first lock but we needed to plough on a bit. We passed the famous Wigan Pier which looked very run down, I'm sure someone will do something with this lovely piece of history. 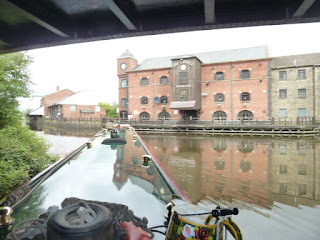 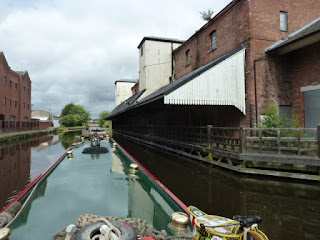 After passing the Wigan Rugby stadium we got to the next lock, which seemed a lot easier, and then El Meadow lock which was also out in the open.
We then reached Crooke with the Crooke Hall Inn pub, but we wasn't tempted to stop here as the moorings were in the trees..
We got to Gathurst  lock which was rather pretty, even with its derelict locks close by.. 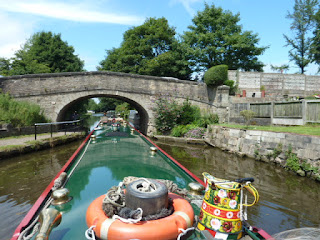 We made our way through the hills of now West Lancashire, and then through the open swing bridges onto Appley Bridge. 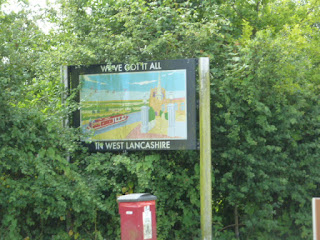 Here you reach the 12ft deep lock which leaked quite badly, but going down was no problem. 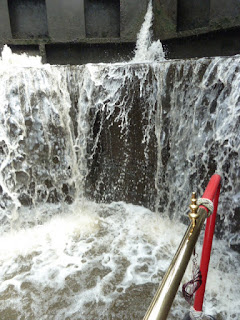 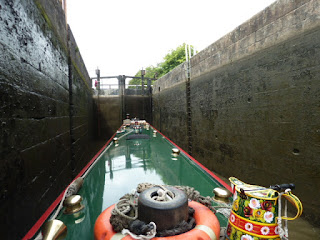 We got to Parbold and this place looked lovely, but we couldn't get a mooring as it was getting late in the day, this will definitely be a stop on the way back.. 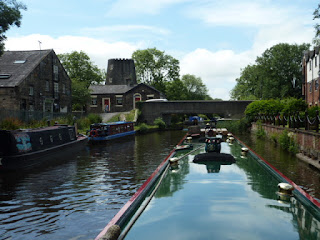 We then passed the Rufford Arm which looked a difficult turn in, and then pushed on to the mill at Burscough Bridge, this looked lovely as well. 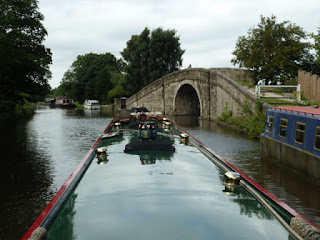 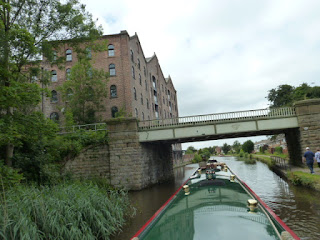 We then spotted friends Mark and Sian, we had caught them back up and managed to moor just in front of them.. 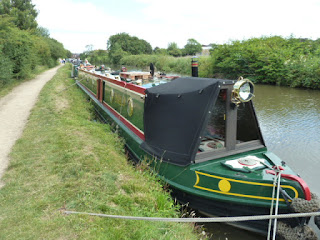 We had a shower and then went out for a swift beer at Burscough. 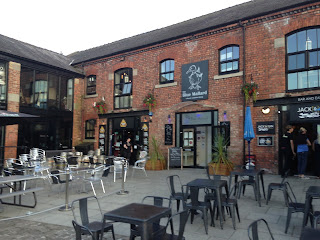 We tried most of the pubs in the village but the best one was The Hop Vine, we wish we had eaten there, the food looked lovely.. (maybe again on the way back) 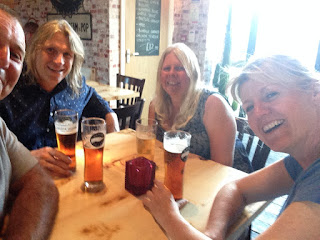 Oh did say we tried most of the pubs, Hic! We dropped straight into bed after another great night..
Posted by Del and Al at 10:05 PM

I paid several visits to The Hop Vine whilst in that neck of the woods and it was one of the best pubs I have been to on the cut. An excellent choice of well kept beers and delightful food overseen by the landlord's wife. GO THERE!
Ray Oakhill.
nb Stronghold

Thanks Ray, will try to go there on the way back!