Well we had a bit of a disturbed night in Braunston.. We let Tooty the cat out late and then went to bed. He's usually only out for a couple of hours, but at 4.00am Al got up and was a bit worried about him. After a quick call, he came in the cratch, SOAKED! Yep he had been in for the second time. After a towelling down he looked a bit sorry for himself and plonked himself in front of the fire licking his wounds and drying out..
We never heard a splash or heard him meow, like he normally does.
In the morning he hadn't moved, but was purring like he was pleased to be with us.. We got up early and found out that he had got back on by the rear button so was either spooked or just fell off!
We thought it was time to move again and set off at 10.00am and headed up the Oxford. The sun was trying to come out but it was still very windy, and a bit chilly.. 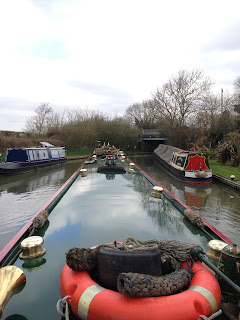 We got some washing done and then moored at Onley for the weekend. 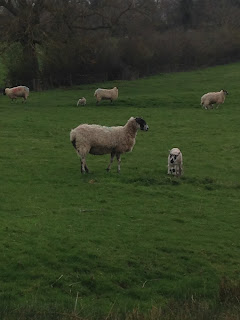 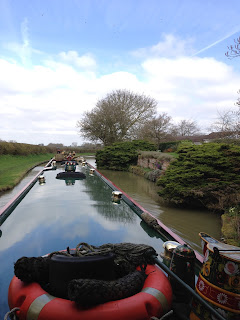 We had some lunch and then Del did some more work to Derwent6. 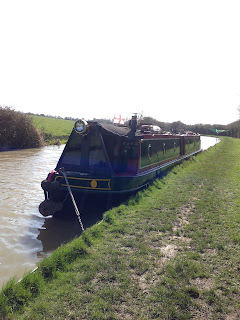 It was a nice relaxing time in the afternoon and at the end of the day Al cooked a lovely chilli with coconut rice.. We are hoping tonight that Tooty stays dry, we suspect he will stay in! watch this space! 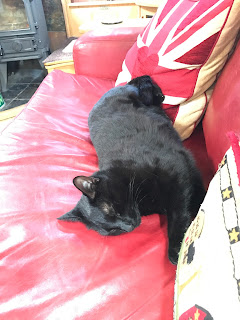