Yesterday was just an awful day.. we had light rain all day and just watched the water levels go up and up thinking we won't be moving tomorrow, but we did avoid the temptation not to go down the pub.
Over night we had heard the heavy rain hitting the roof and wondered whether the pins would stay in on the bank. When we awoke the water levels had risen by 20cm which was about eight inches in old money and the flow was twice the speed it was when we went to bed.
The weather forecast was that things were brightening up and we had to make a decision, and we decided to go.. We first moved along to the pub where there is a water point and found out the hard way that the under currant was very strong. 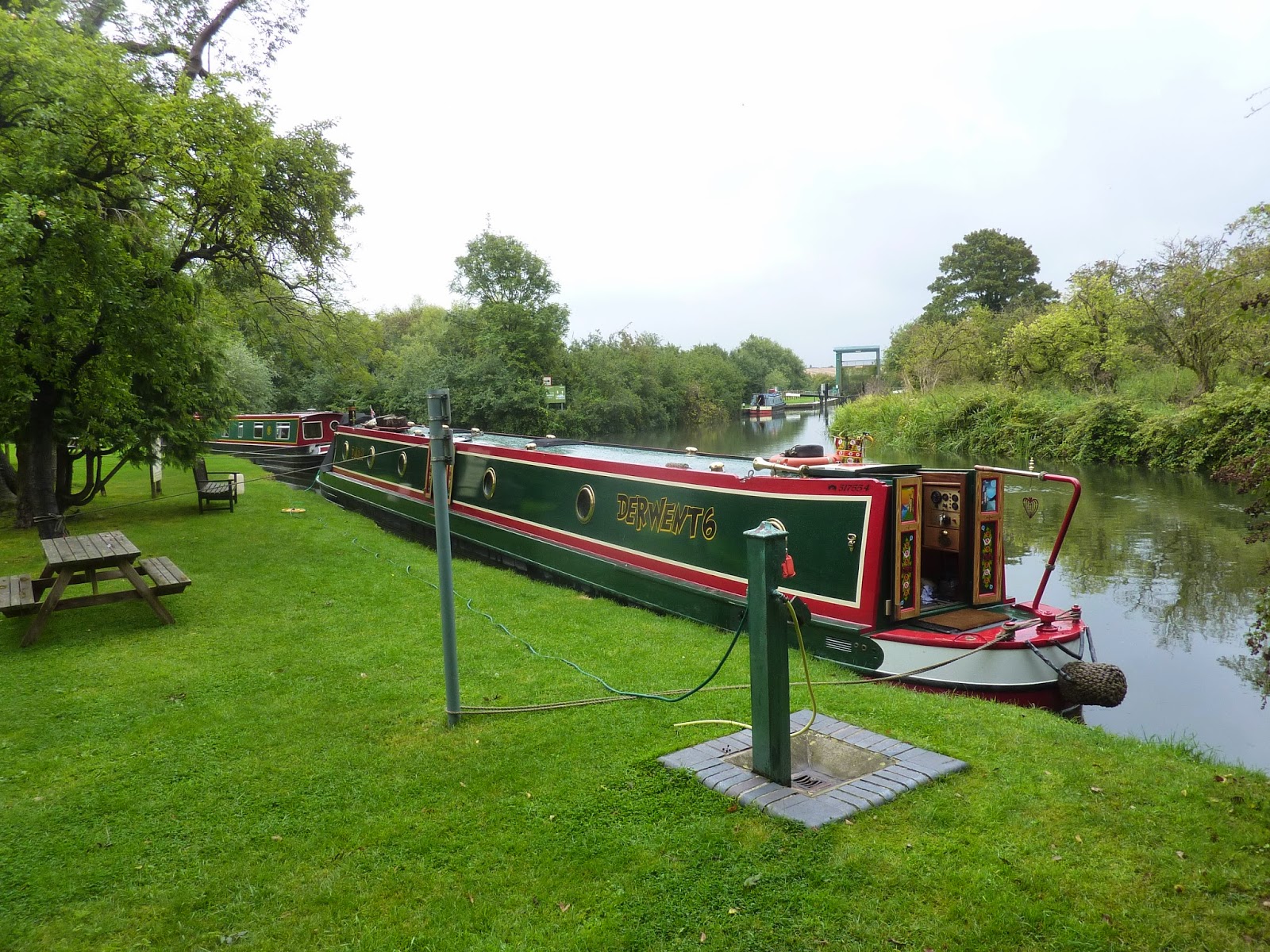 After filling with water a boat came past us and it was handy we could just pull into the lock beside them when they got it ready. As the guillotine was opened the lock just filled with the high level of water pouring in.. 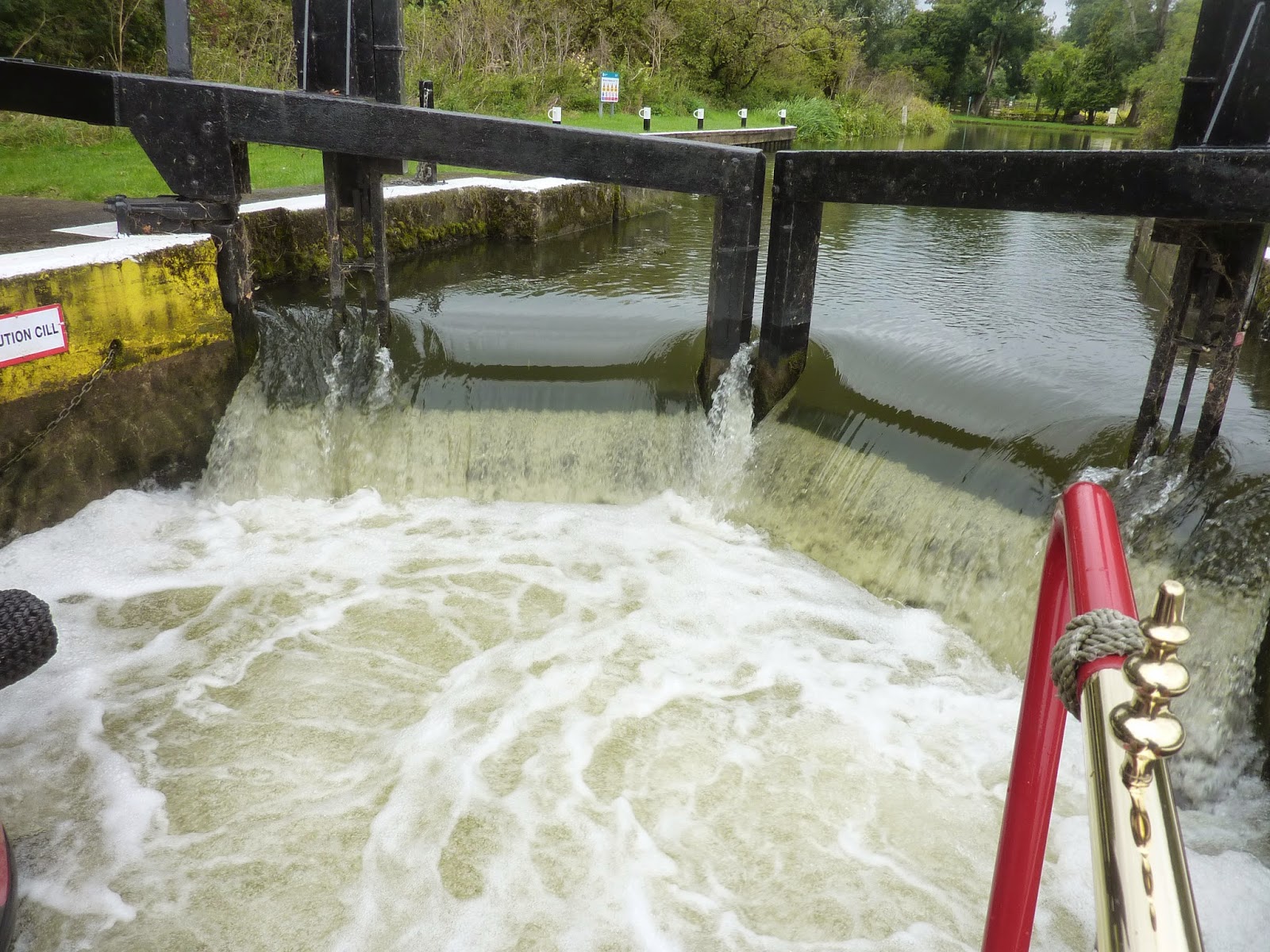 It was strange going with the strong currant and the strong wind was blowing in our faces, but once again the scenery was stunning which took our mind off things. 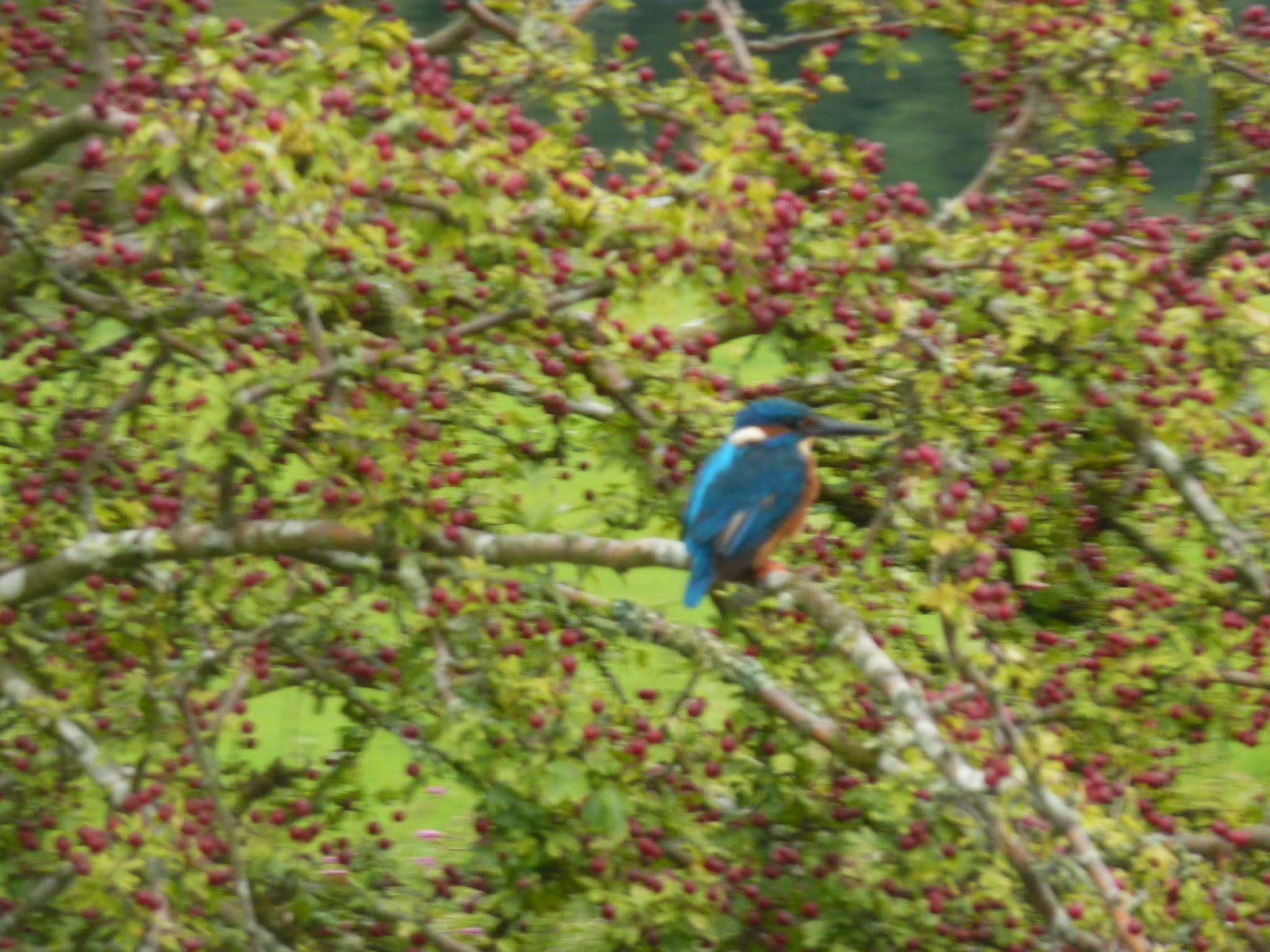 We were warned of the levels and the bridges were a bit difficult to get under so the chimney and sat dish came off the roof.. 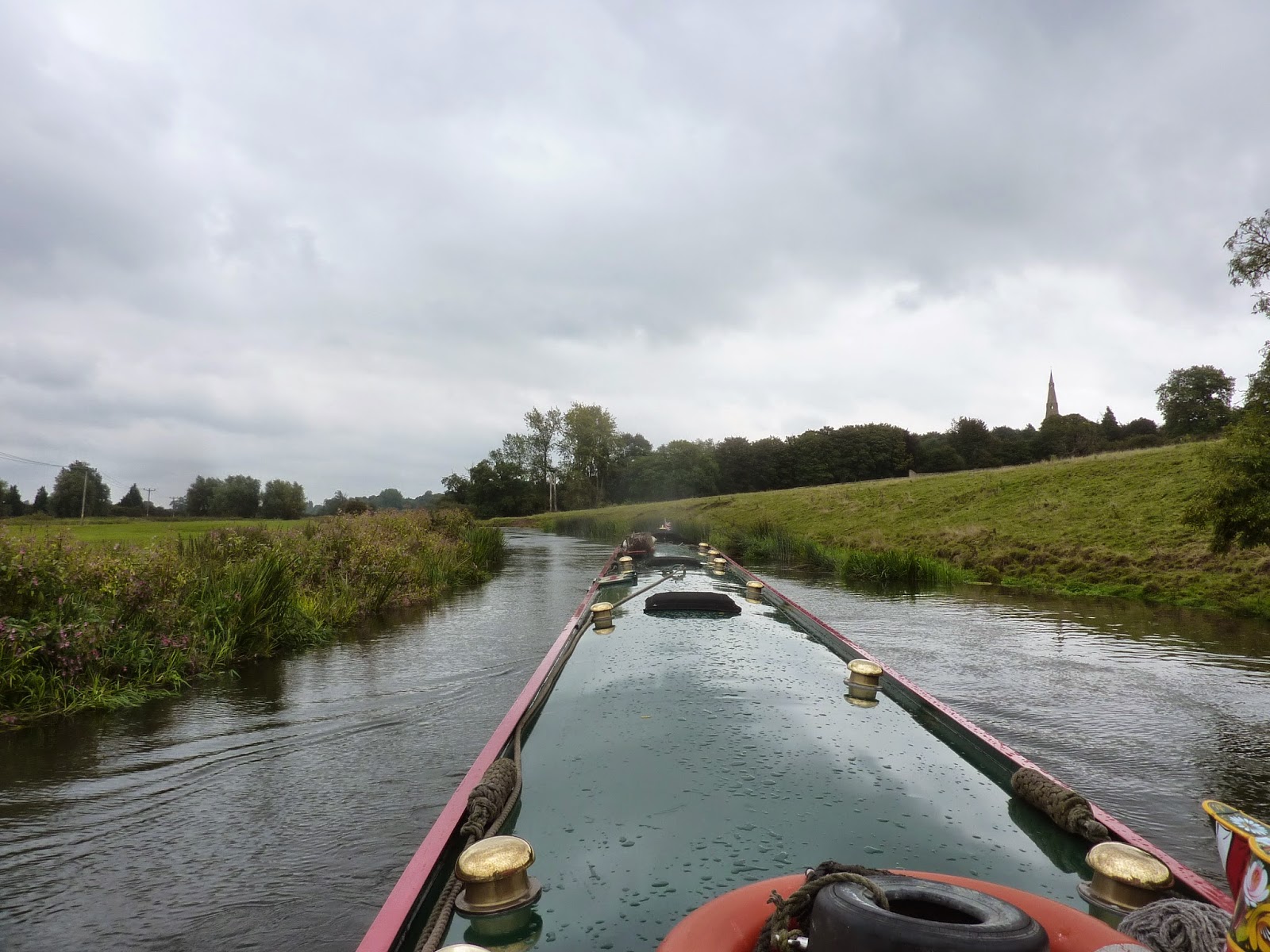 We got to the second lock and we managed to squeeze on the pontoon. It was a difficult lock to turn into but we took our time and got in.. 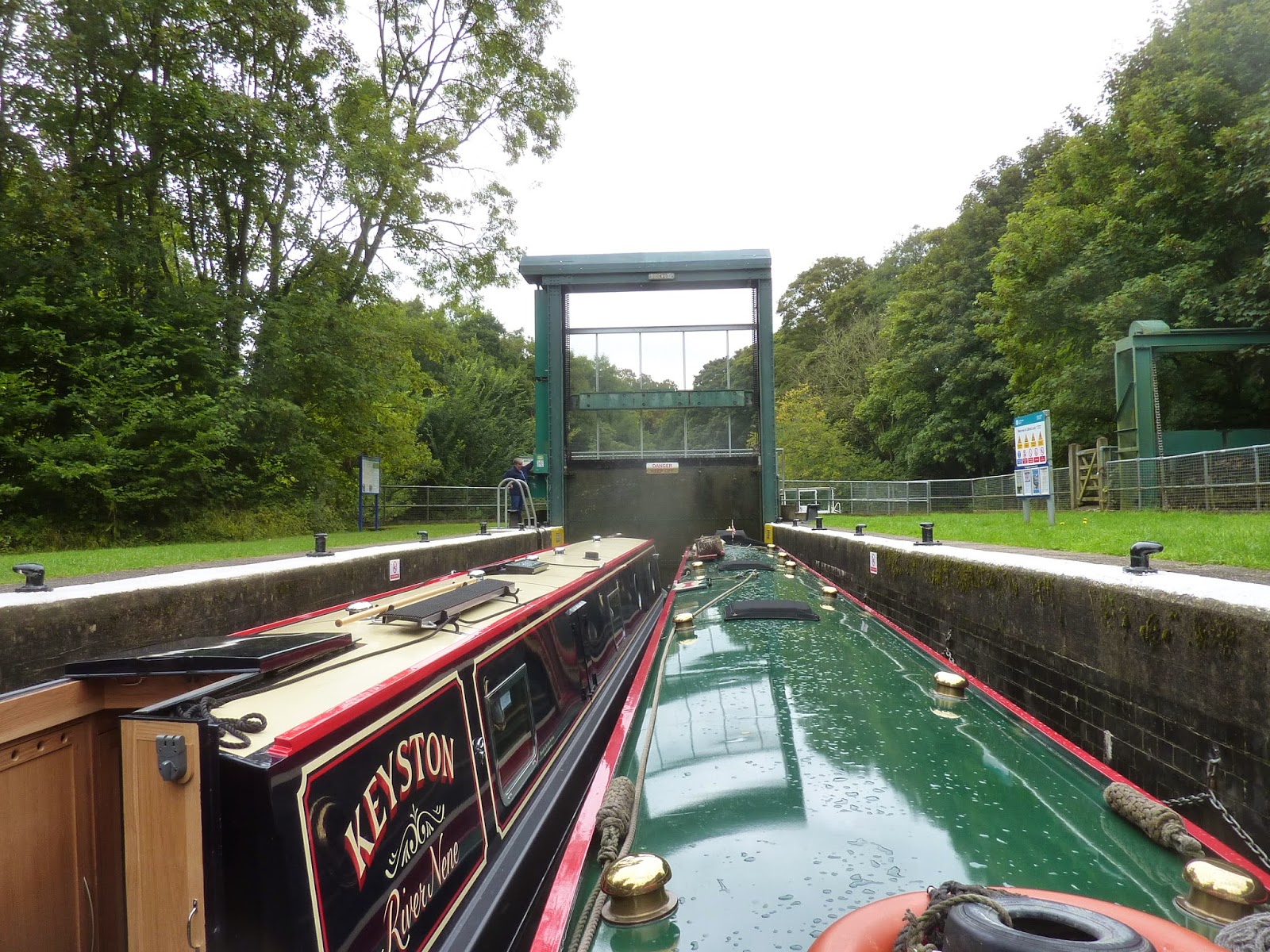 As the Nene twists and turns again you could feel the currant pushing the stern into the bank, but a little more power helped put Derwent6 on the straight and narrow..  We got to our last lock of the day before we got to Oundle and Del had to hold Derwent6 in the flow till the gates opened.. 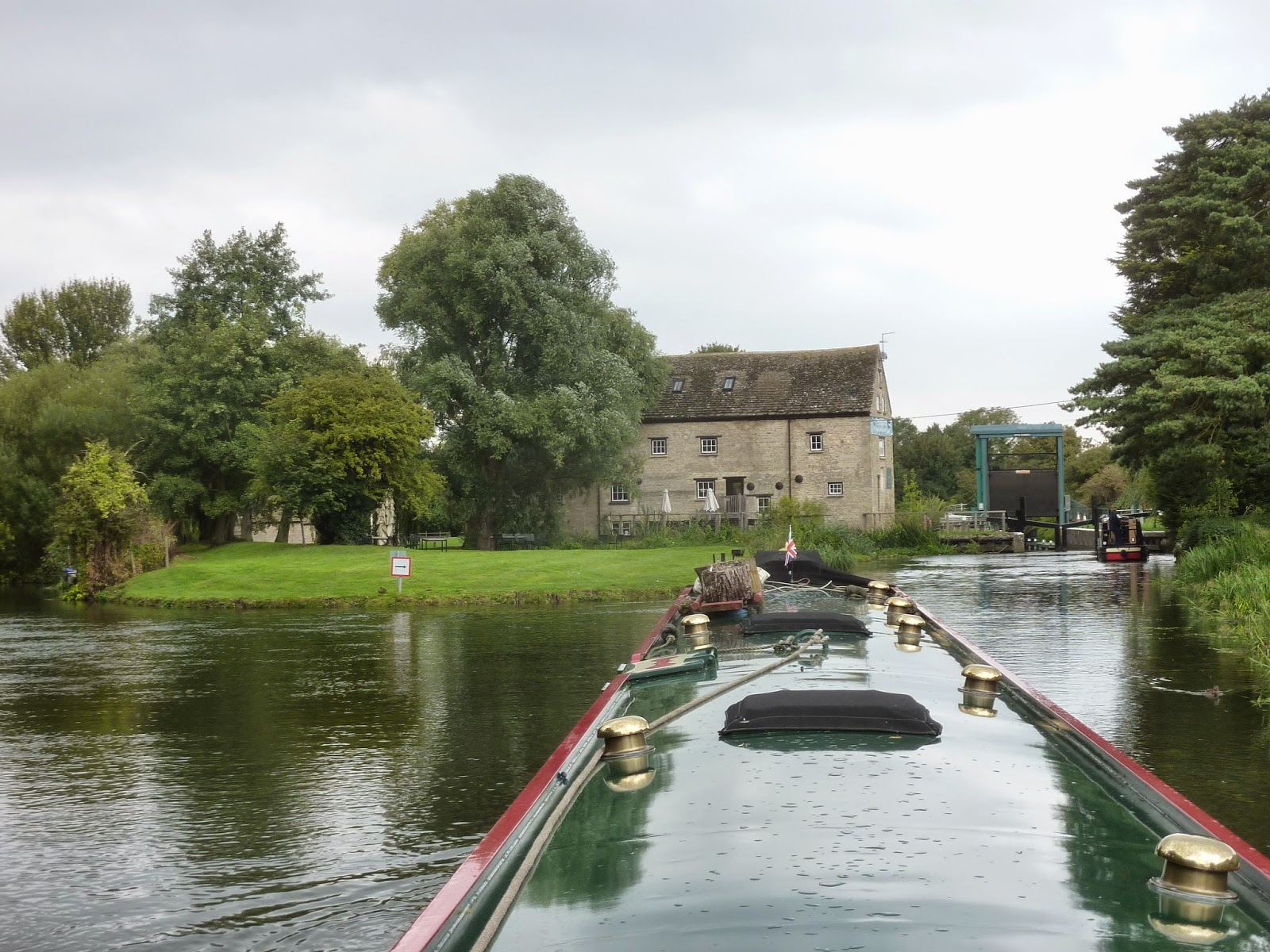 We then had our low bridge to contend with and we had three inches to spare.. We passed a guy with some solar panels on his roof and warned him but all we heard was the scraping and cracking of the panel's as he went under the bridge, it sounded expensive.. 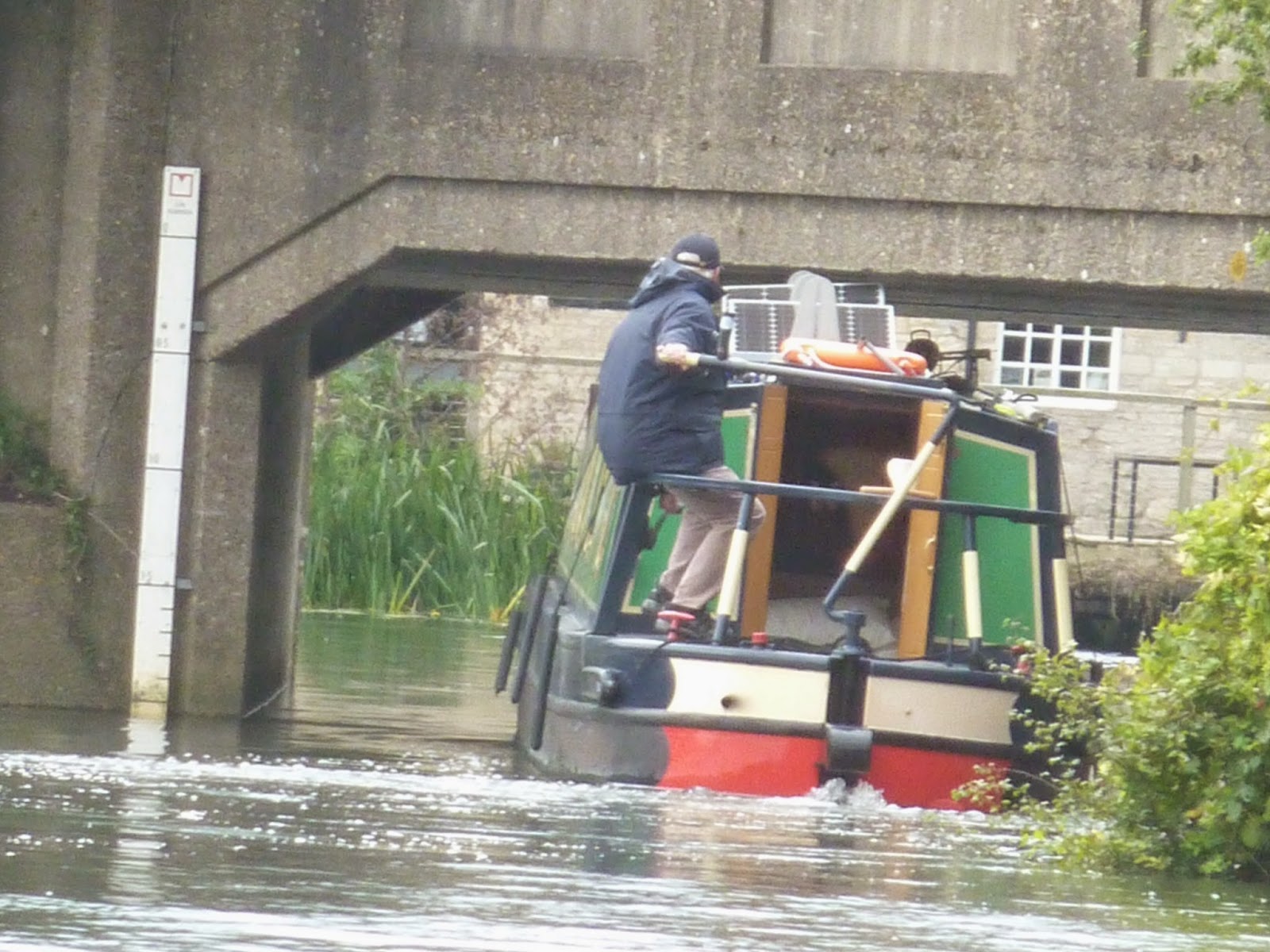 We moored up at the Oundle cruising club and were given a leaflet on staying here.. 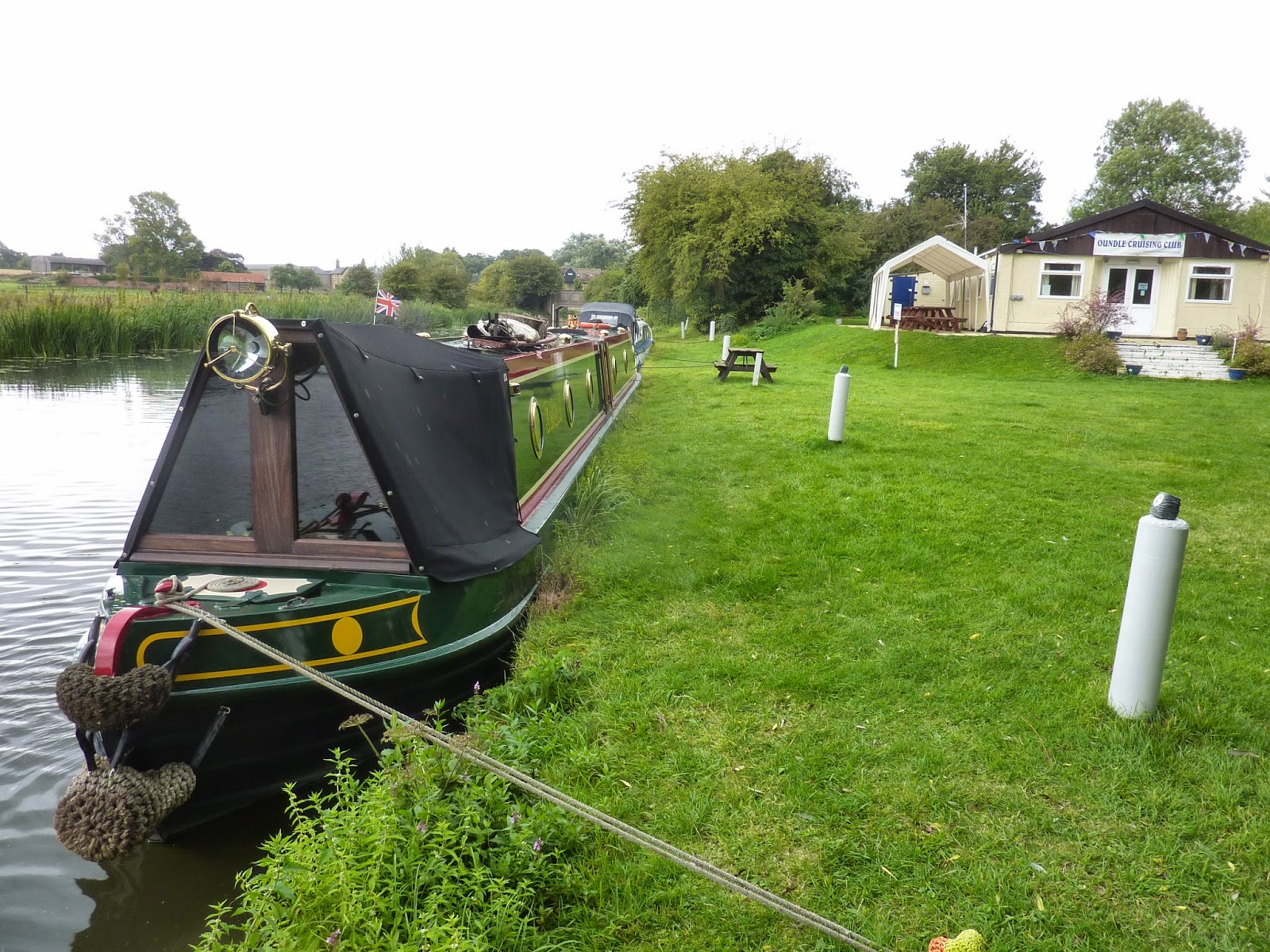 You can stay for seven days free and they encourage you to give a donation to the club. The gates here are closed at 6.00pm so we called the harbour master to find out how we get in if we come back too late.. "You can get a key at the marina for a £10.00 deposit", so we picked one up..
So we took the opportunity to go into town, and what a surprise it was.. It is built in the old stone you see in Yorkshire and looked very 'olde worldee'. Stunning! 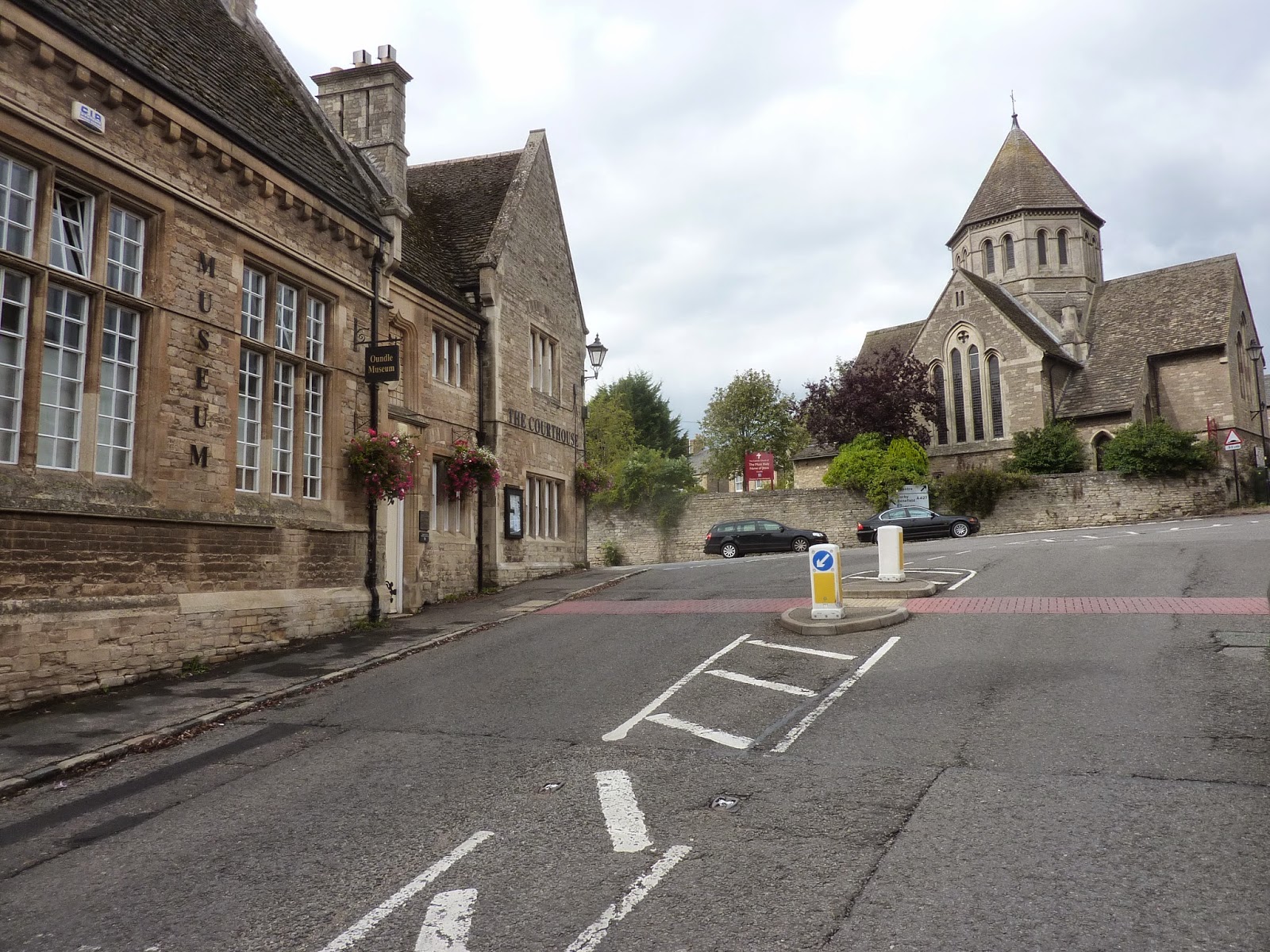 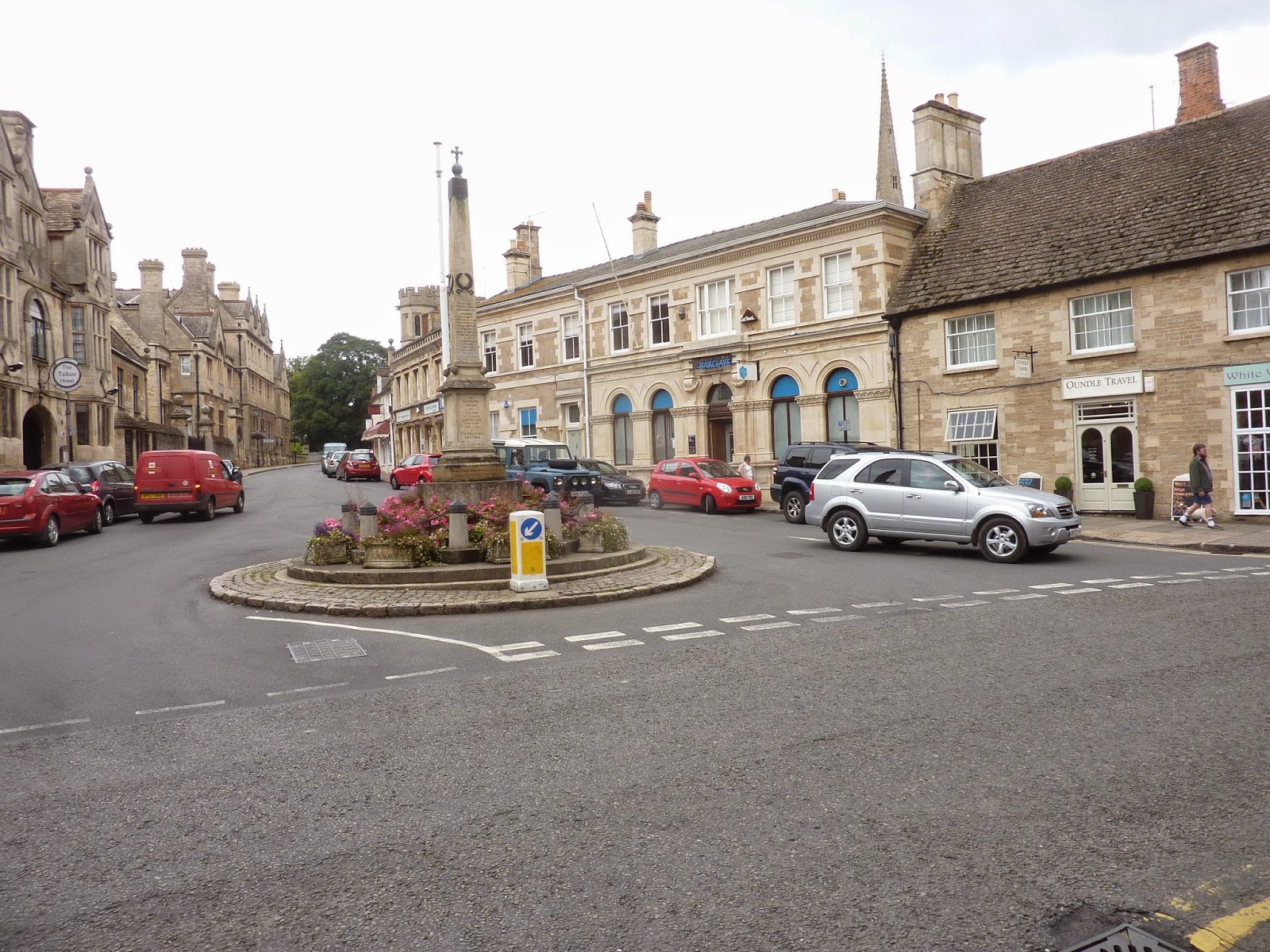 We had a good walk around checking out all the shops and pubs, we also picked up a few goodies on the way.. 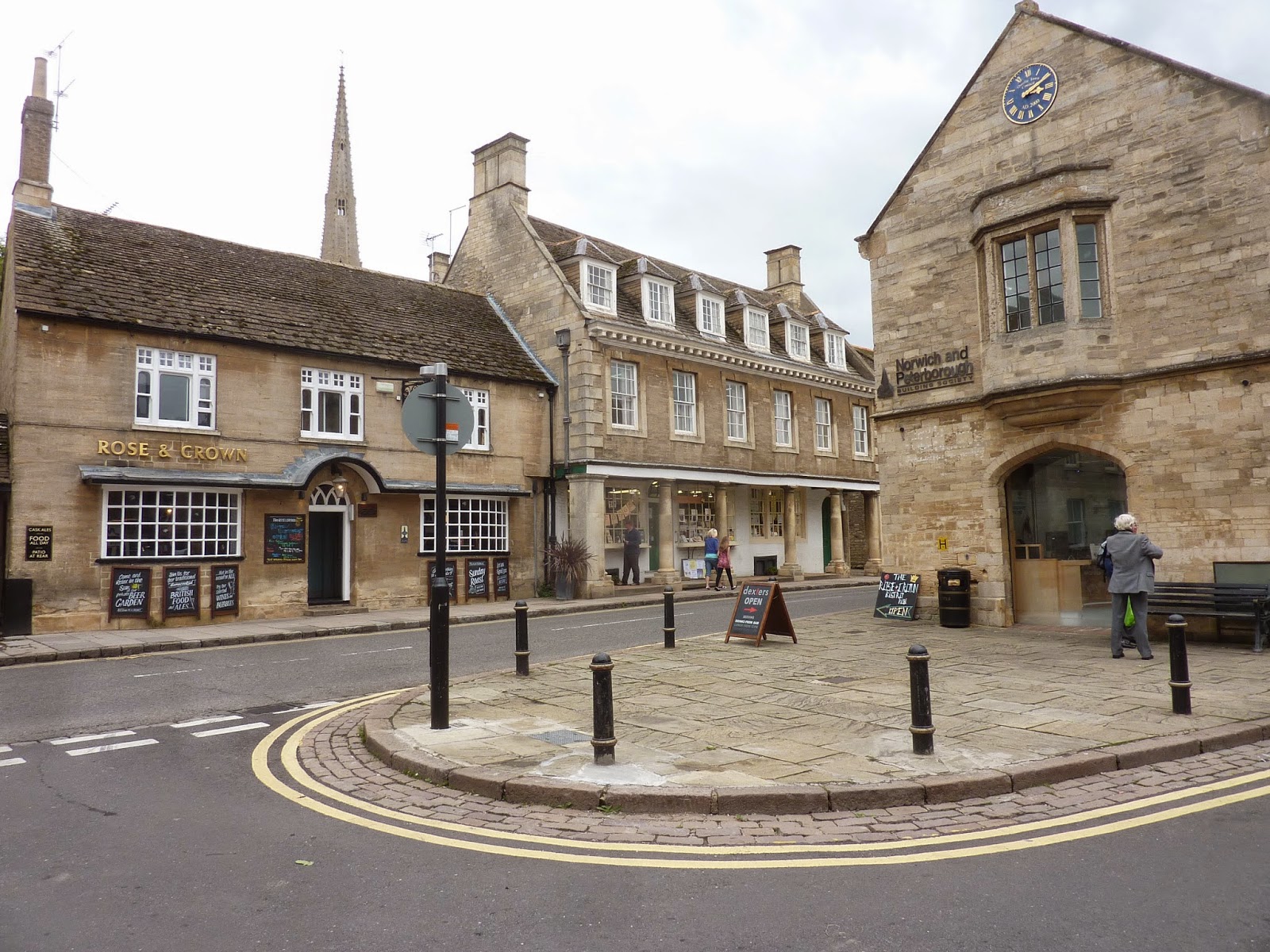 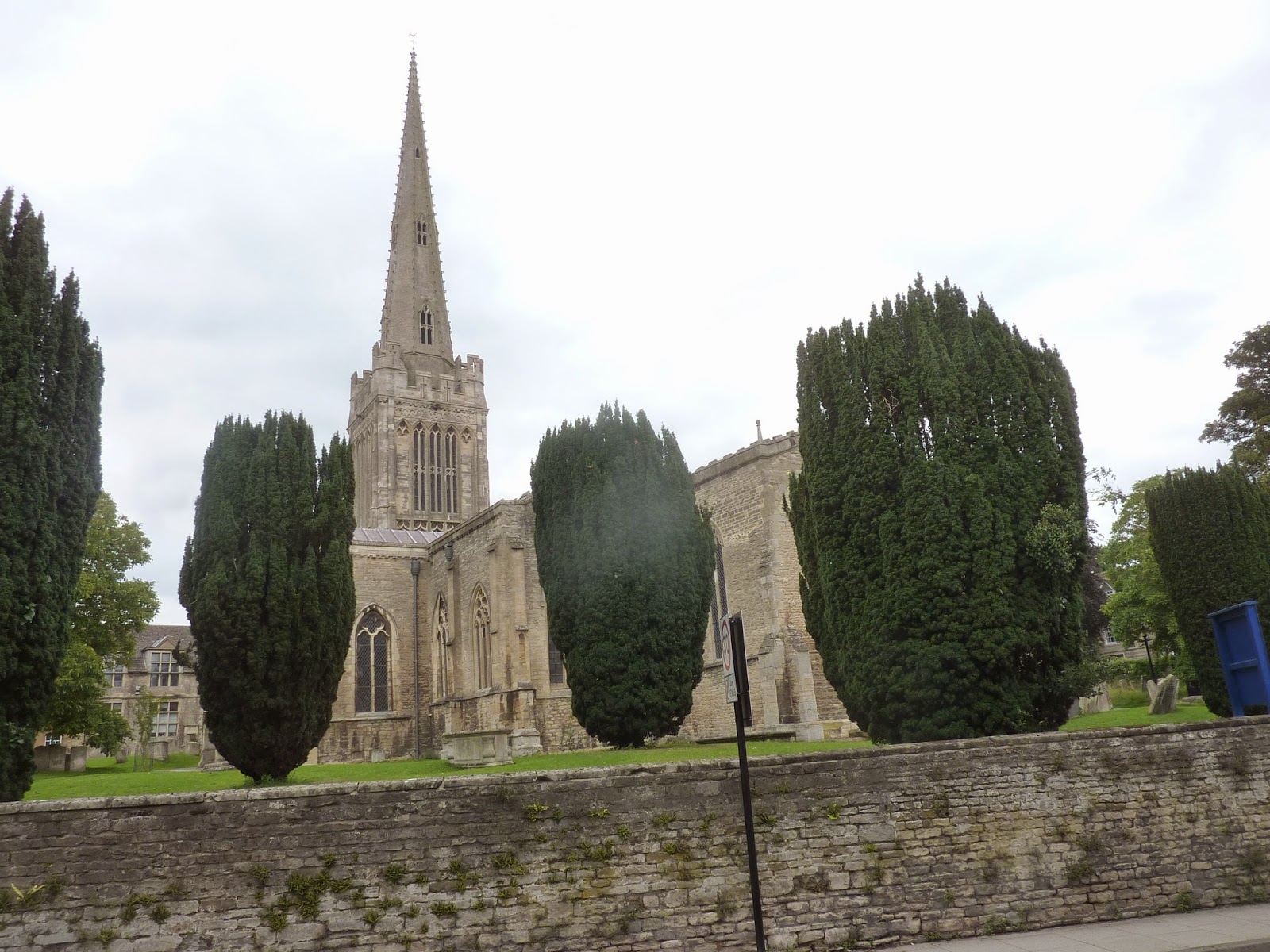 When we got back to Derwent6 we set up the telly and had something to eat when there was a tap on the side of Derwent6..It turned out to be Alan who we met a long time ago on n.b Cream Cracker who now runs the coal boat Bletchley (A.N.A. Fuels) here on the Nene, and he is a regular follower of the blog.. 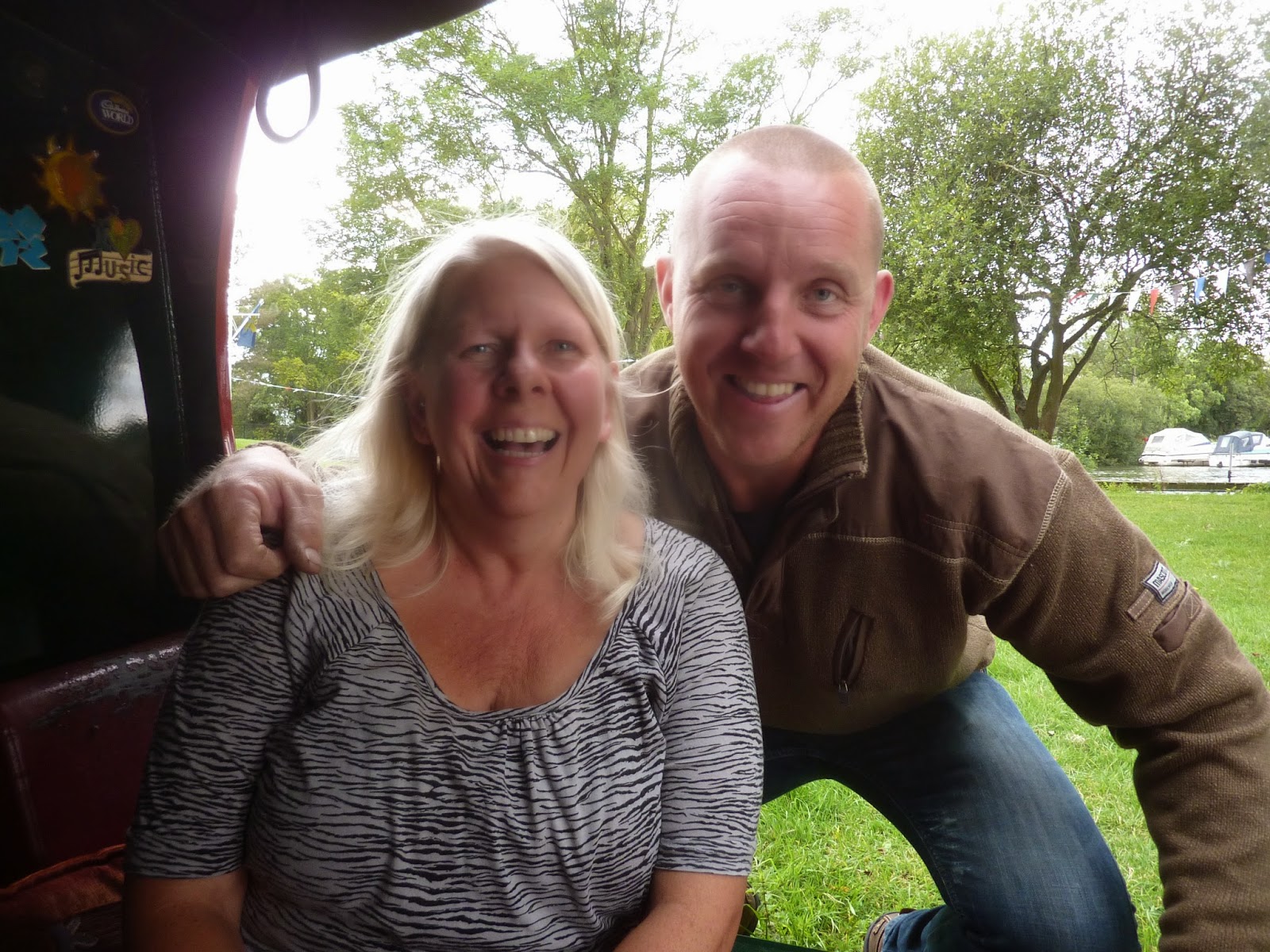 He had taken the trouble to come and find us and we will look forward to a drink with him on the way back hopefully. So we will sit tight here for a few days while the Nene settles back down.
Posted by Del and Al at 9:35 PM