So Al had stayed down in Kent while Del came back to Derwent6. Some jobs were done like a new valve again on the toilet. We seem to go through these every two years and we have tried everything to try and stop it sticking.. Its a small price to pay if we don't get any smells.. As you can imagine it's not a nice job and Al doesn't need to be around while Del does it! .. Del also sorted out the bilge and did some other maintenance jobs in the engine room, also clearing out the storage of bits and pieces..
Al on the other hand went to the hospital with her Dad and got the rundown on what happens next.. It turns out he will be having a course of therapy spread out over the next few months. She came back on the Tuesday night to a well earned glass of wine..
On the Wednesday we had a quiet morning, Del did the brasses while Al walked to the small store here at Cosgrove and topped up the things Del had eaten over the last few days..
At 4.00pm who did we bump into, Mark and Sian on n.b Utopian on their return journey. Good job we had eaten and detoxed a bit.. As soon as we did the meet and greet bit it was a quick shower and out.. First we went to the Barley Mow pub and tried their ales. Sorry about the pic with Del's thumb right over the lens, but we had been drinking..... excuses, excuses. 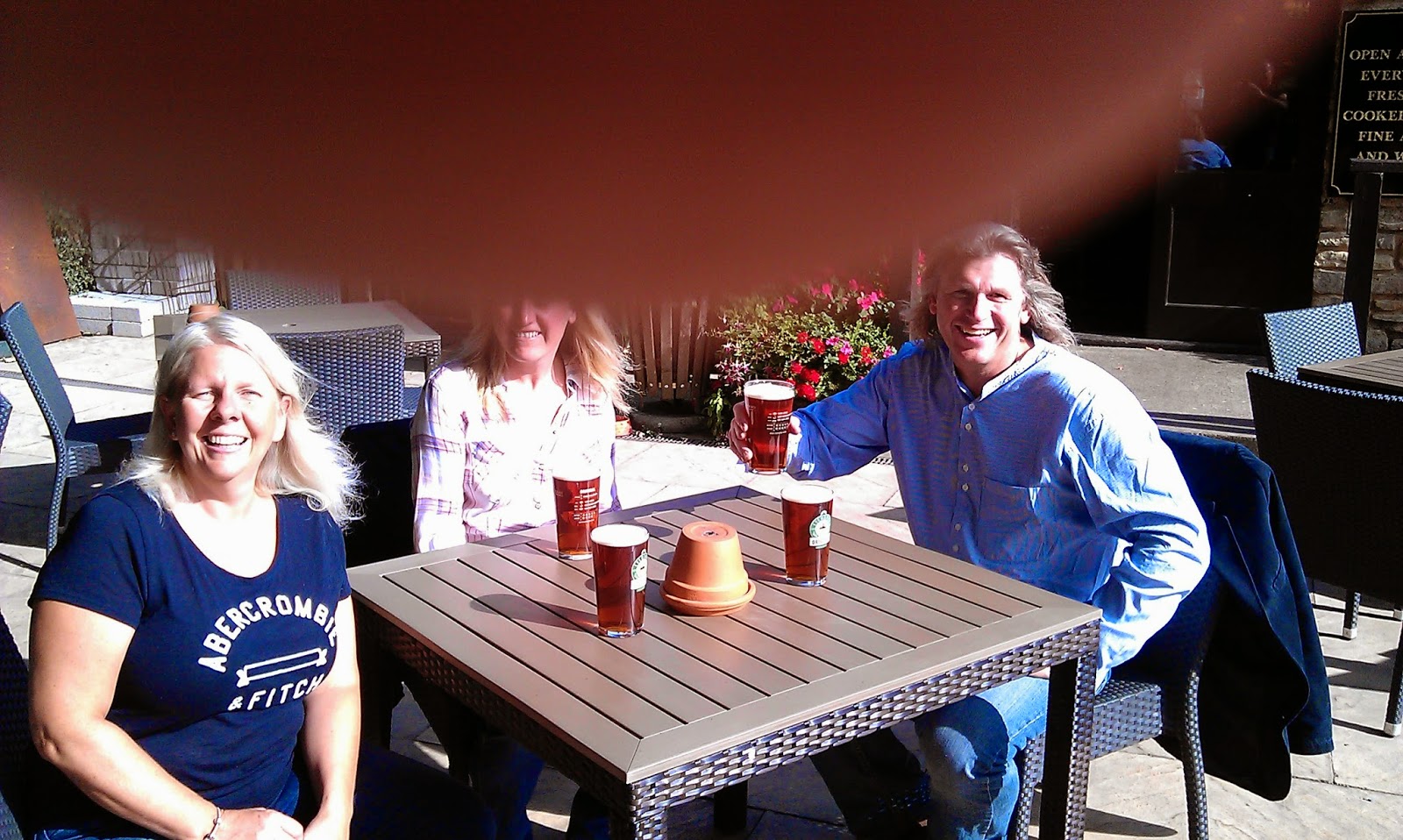 From there it was down to try The Galleon who advertised that they did a build your own burger with live music.. On our way down to it the heavens opened and we walked through a fantastic rainbow. 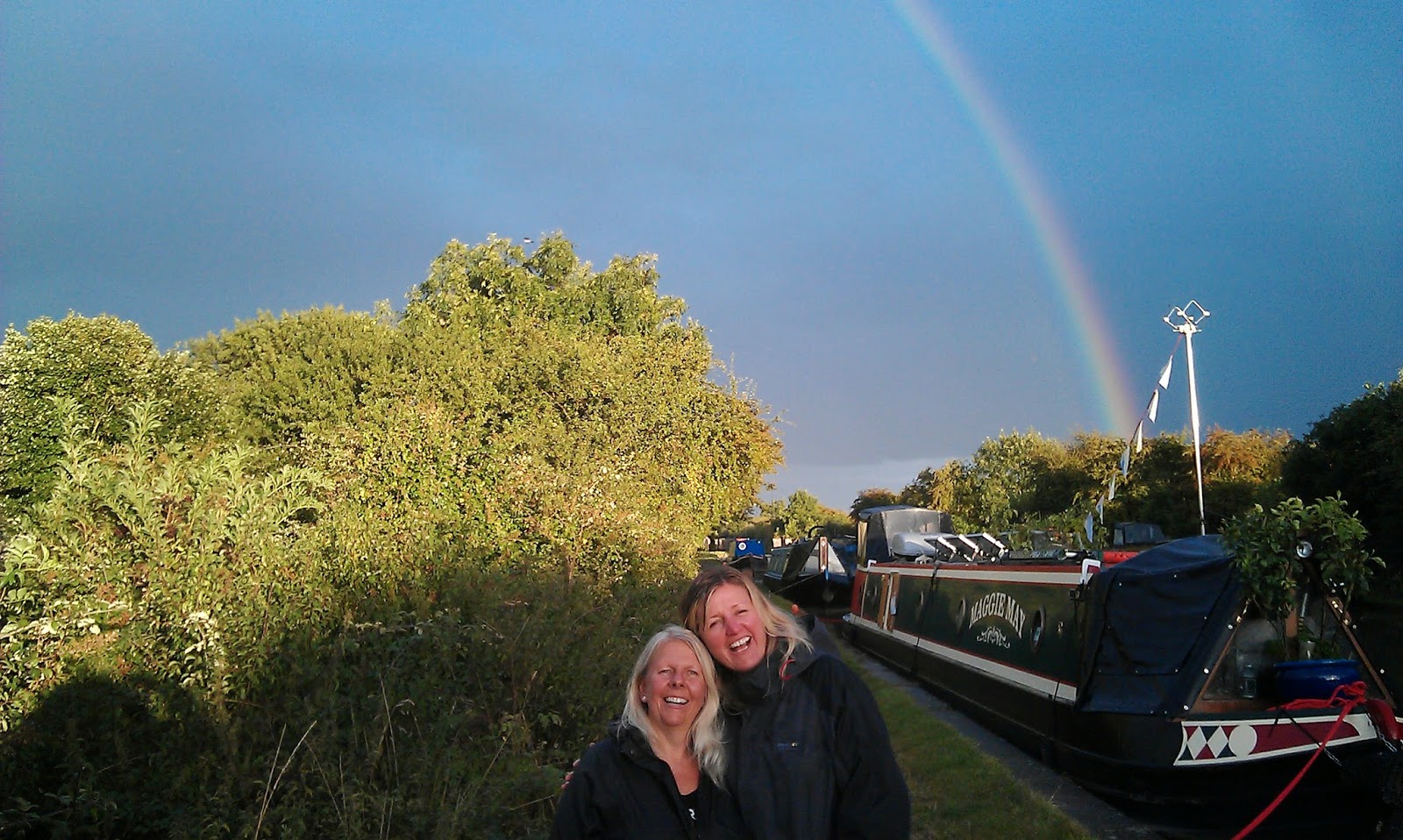 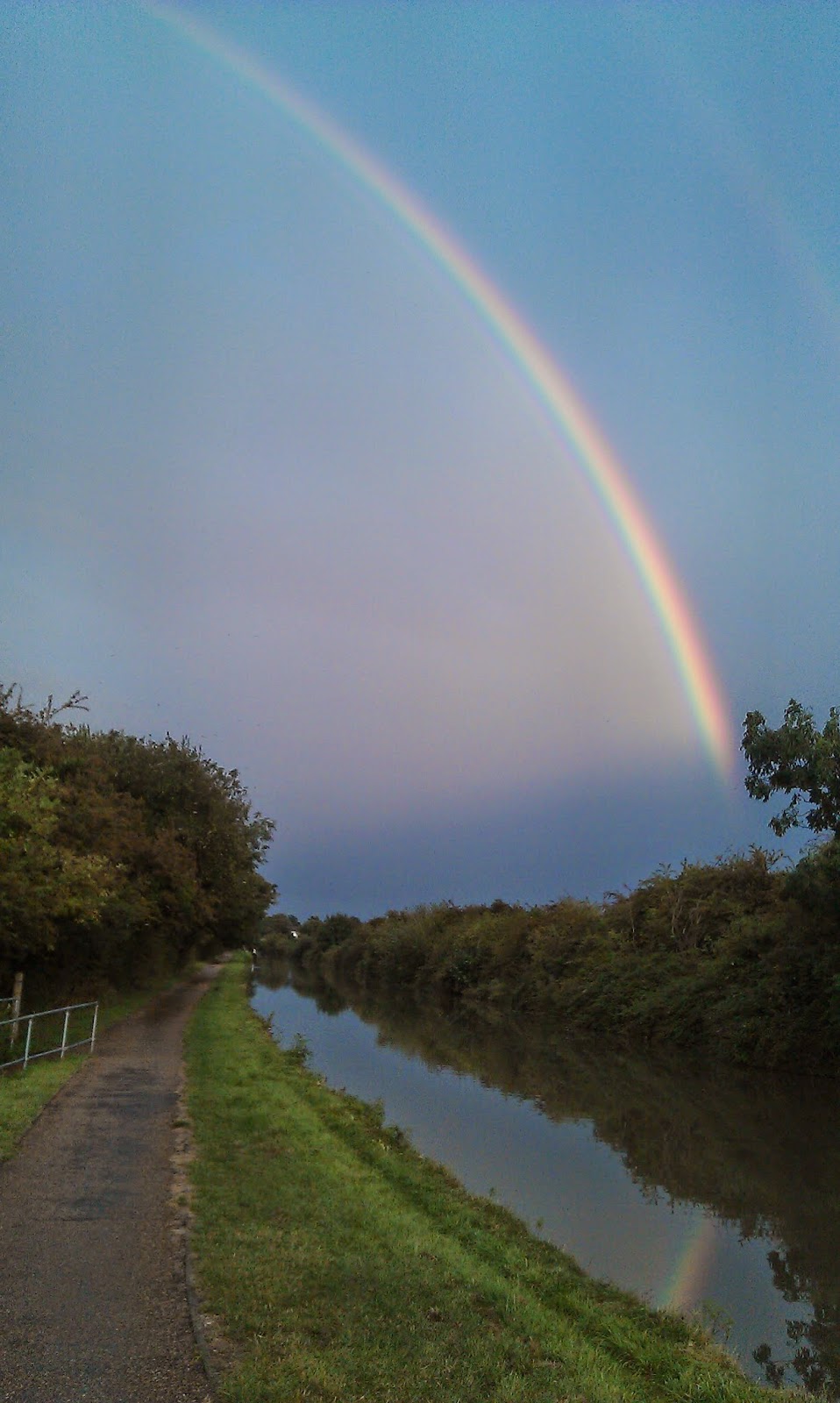 When we got to the pub we ordered some drinks and asked about the music.. "Oh they cancelled tonight, Sorry" we got.. Still we were damp from our walk down in the rain so sat and ordered our burgers.. Well as it was build your own it had to be good and Wow, we were taken back, they tasted superb.. So with no music and full stomachs, we were invited back to n.b Utopian where they said some beers had to be drunk. We reminisced with all the old music we had grown up with and played our first vinyl we had bought....... 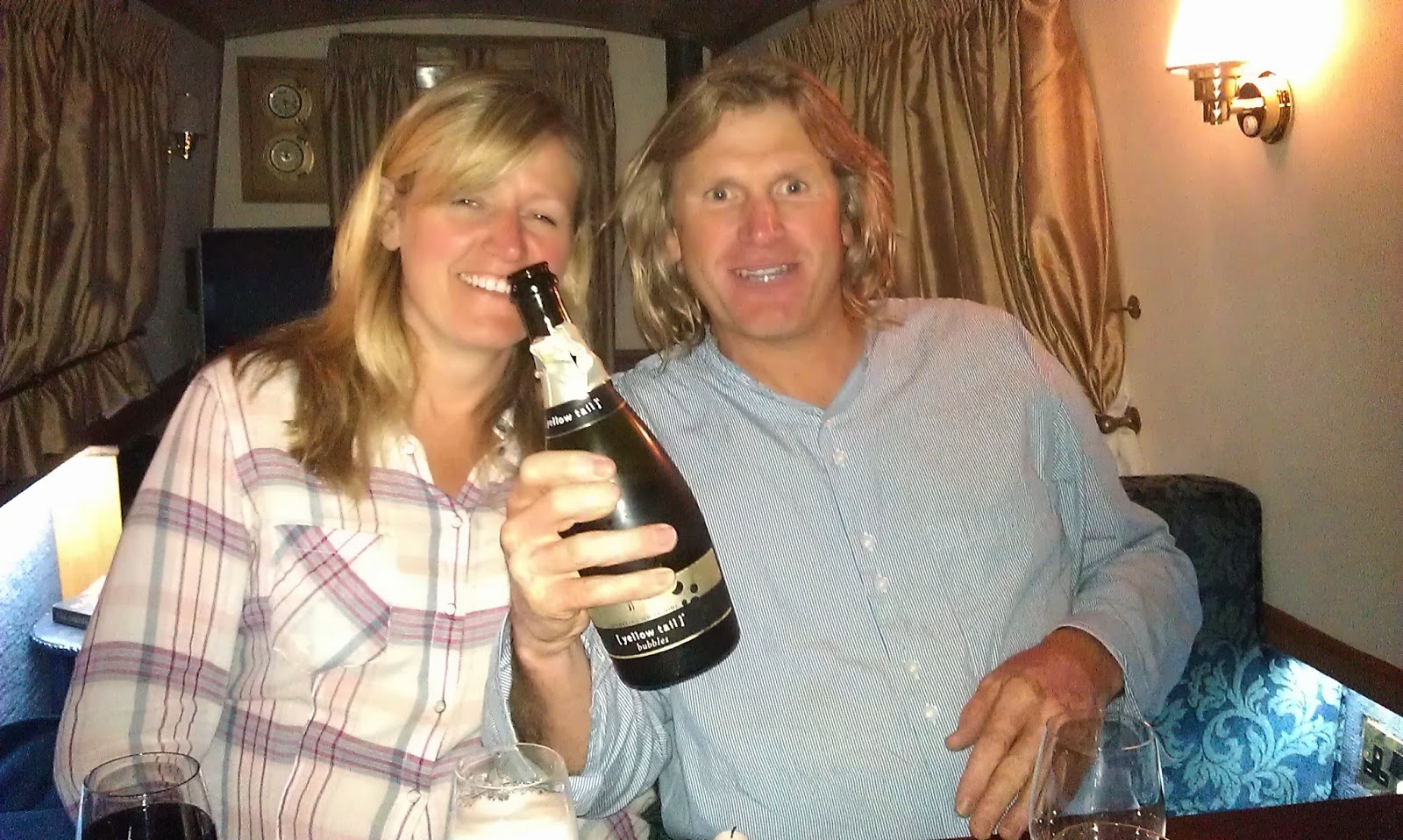 We had a great night and a few bottles of wine and ended up leaving at 3.00am.
They had an early start in the morning and had at least ten hours cruising to do and Al was going back to Kent to help her Dad again with a few things..
In the morning it got to 9.00am and still no movement and then as we had breakfast Mark and Sian surfaced.. We all agreed on the great burgers and what a great night we all had.. Thanks again guys for your friendship and hospitality. Looking forward to seeing you again later in the year..
By the time they left it was 10.15am and Al got a lift down to the station with them.. 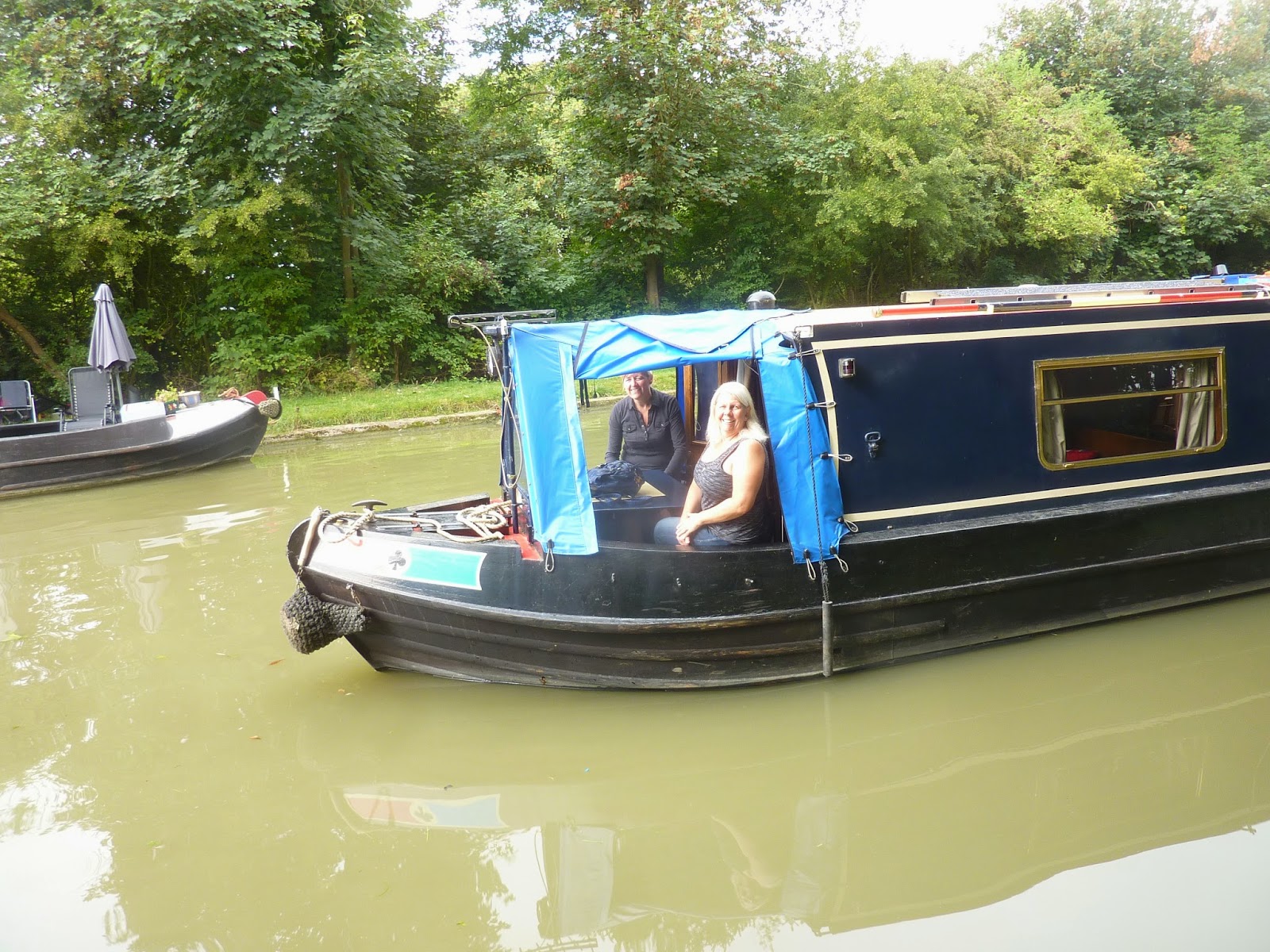 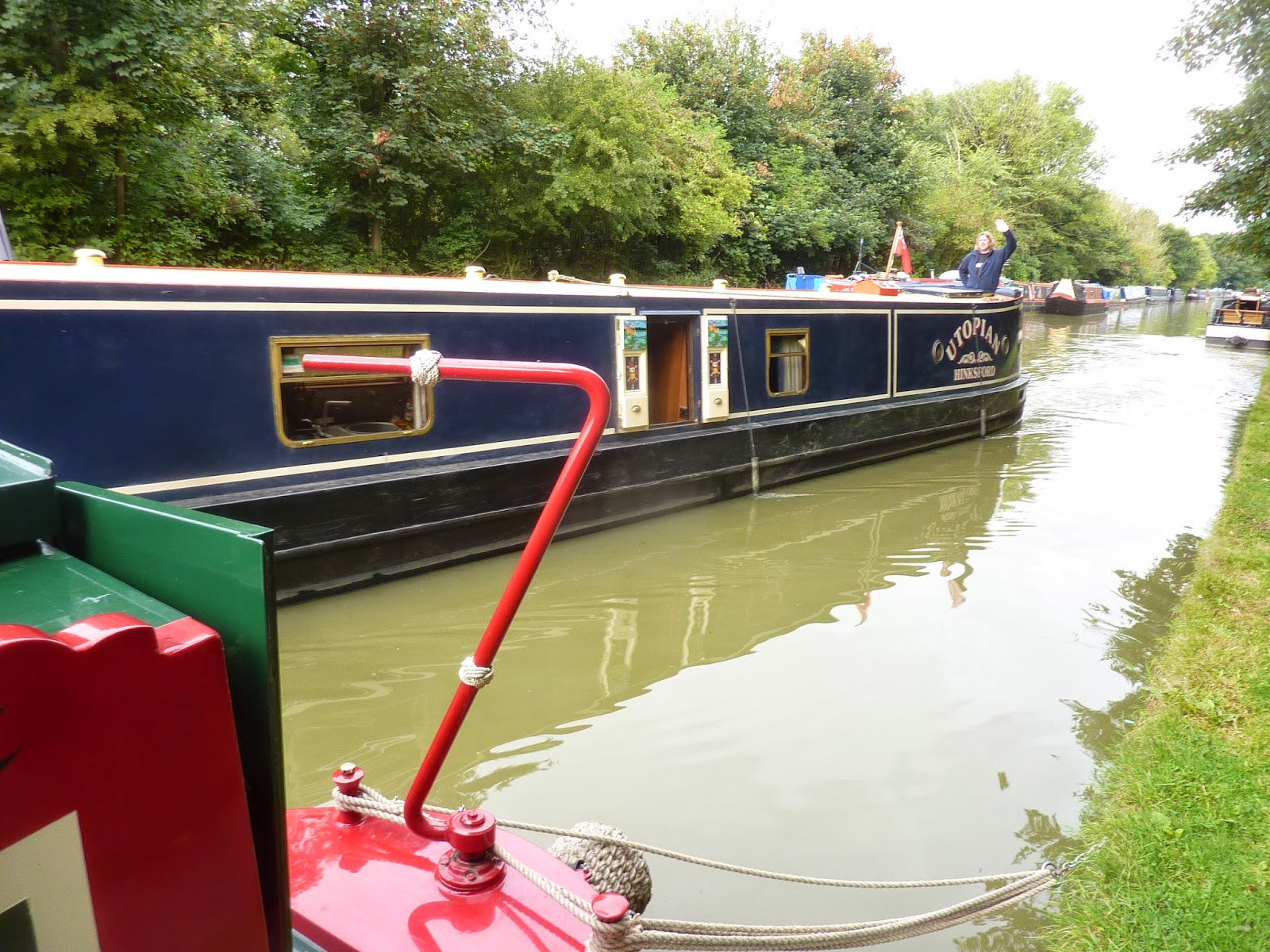 Today it has been three years since Del lost his Dad, and it was nice to spend it on his own on Derwent6, there is not a day goes by without thinking of all his happy memories.. 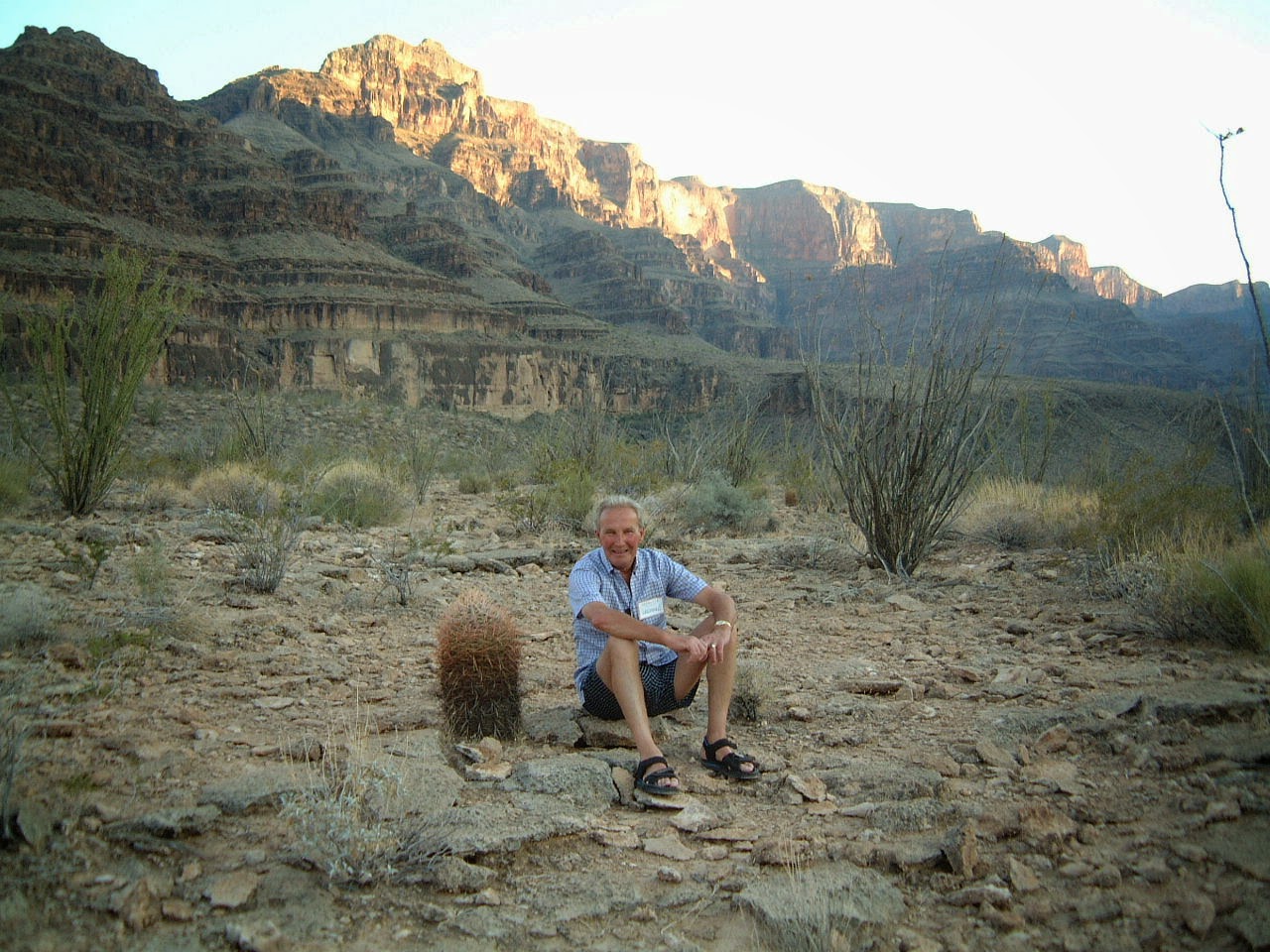 Al got back to Derwent6 at 8.00pm and on the way back got this stunning sunset. It was funny that on the day of Len's funeral we had the same sunset, something we all won't forget. 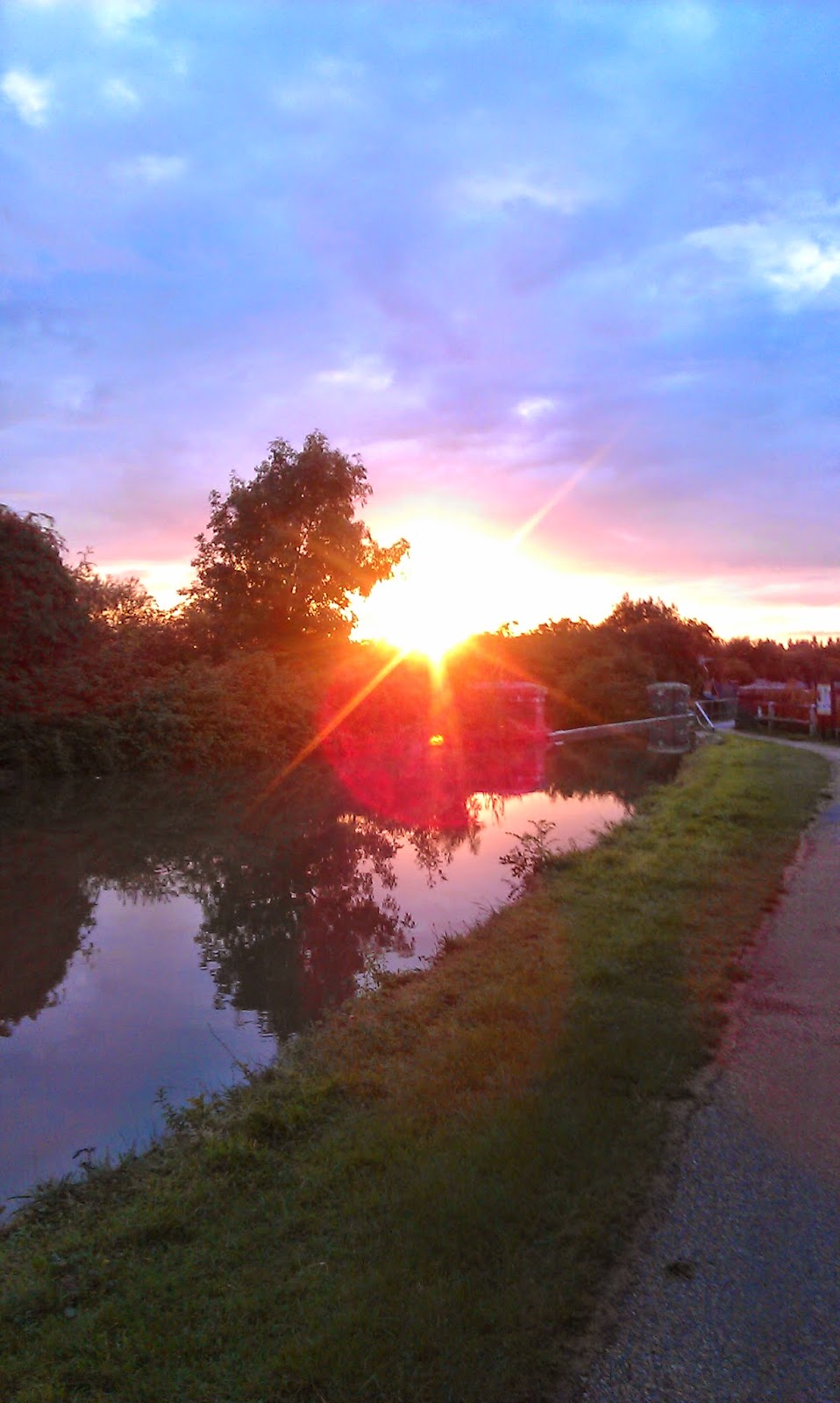 the Galleon's food is one of my favourites x