So quiet (and a near disaster)

We planned a bit of a lay in this morning as the Lock keepers on the Thames don't start till 9.00am. Del got up early and wiped down Derwent6 after the rain we had last night. It was clear blue skies and ready for cruising so we ended up setting off at 9.15am 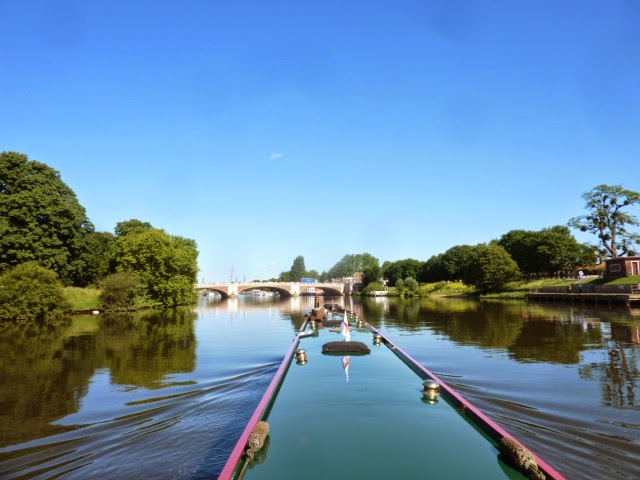 The Thames has been deserted with hardly any movement apart from the trip boats.. 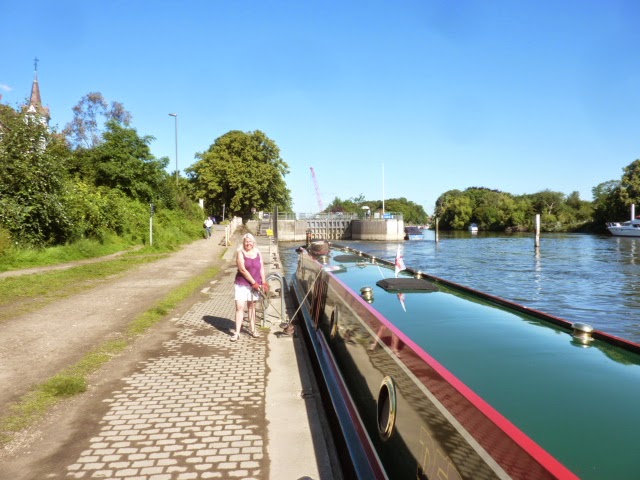 So we got to the first lock at Hampton Court and were the only one in it. 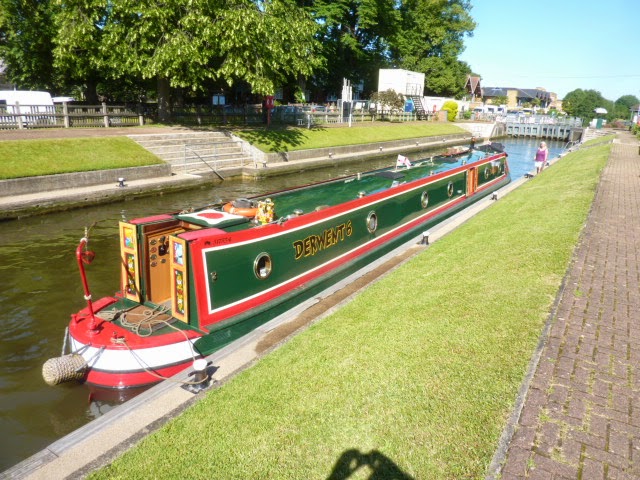 Then on to Sunbury Lock still no one. 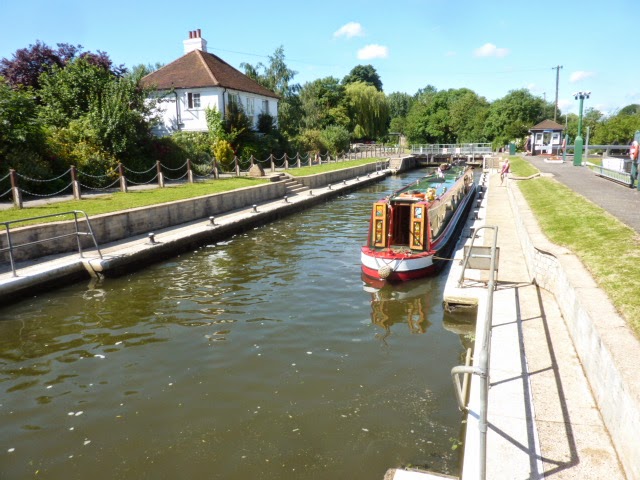 And even got as far as Bell Weir Lock at Runnymede still on our own.. 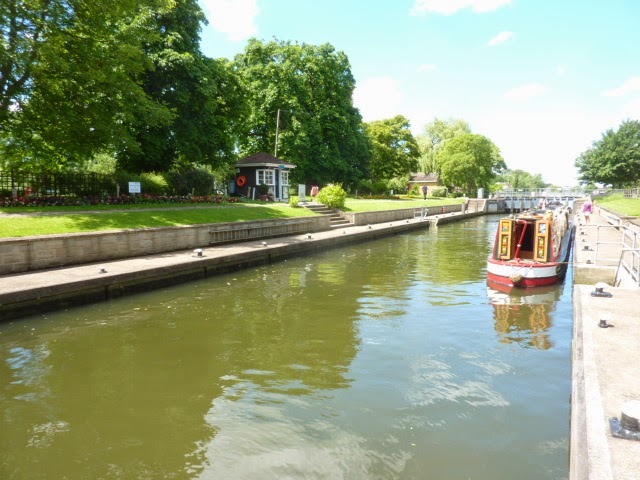 It has been a joy to have it all to ourselves taking in the views in this glorious sunshine and a lovely breeze to keep us cool. We have passed some fantastic houses and just can't take photos of them all, but how the other half live Ahhhhh!, but they still have a problem with shopping trolley's. 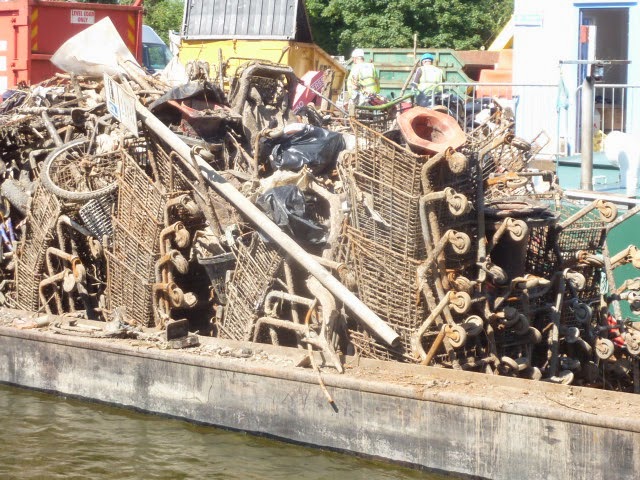 We passed Dave Gilmore's Galleon which is his recording studios on the Thames.. 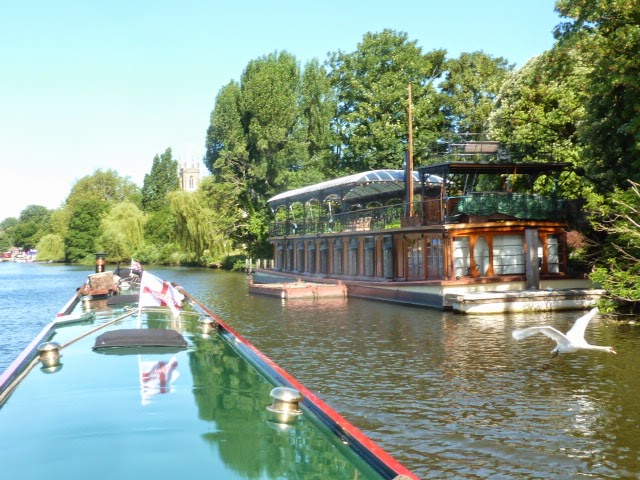 We passed boats still off their moorings from the floods from the winter and houses being repaired with water marks half way up the walls.. 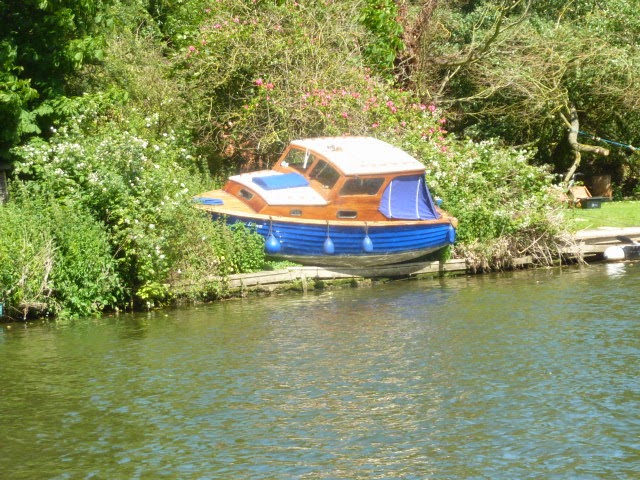 Still the Thames blows us away with its qualities but we also know it has Animal instincts, which we found out later.. 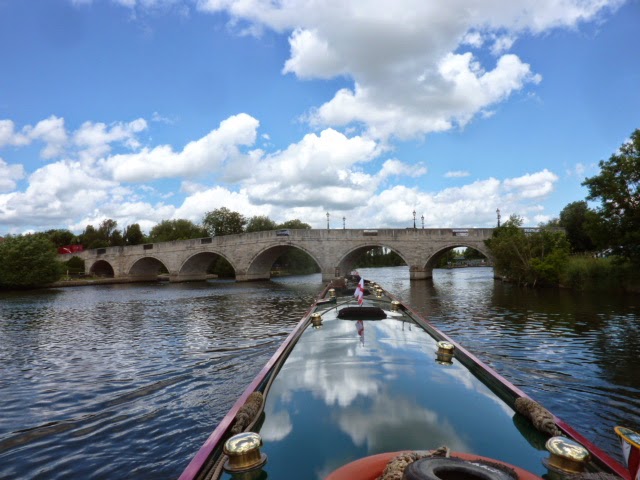 The flow from Weybridge had been very strong and the Beta was working hard to get us moving through this section. We passed under the Albert and Victoria bridges so we were in Queen's Land or the Windsor grounds. 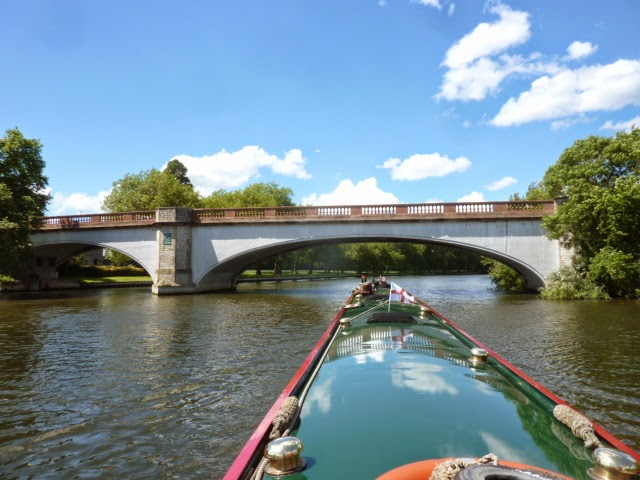 We have a nice mooring here which we use and every time we come it is always over grown. We pulled in very slowly so Al could get off on the bank, but it seemed a bit shallow where the strong streams had moved the river bed and Al couldn't make the jump. Del quickly jumped off with the stern rope and tied it up and then run to meet Al with the centre rope, but with the strong currant, Derwent6 was already spinning round in the river. Al was too far to throw the rope so Del run to the stern, but Derwent6 was already spun hard across the river and now pointing the other way with the stern in the trees so Del couldn't get on.  Derwent6 would have carried on spinning all the way round and into the trees if Del hadn't untied the rope, so Al could release it her end. Al then had to give full power to drag Derwent6 out of the trees leaving Del on the bank and her traveling down stream at a rate of knots.
Del was now running along the bank with rope in hand chasing Al and looking for a landing spot to pick him up..  We found a fisherman's landing where we had a chance but Al had Derwent6 in reverse and still the flow was pulling her forward, and it was very close to Victoria Bridge. The good old Beta slowly pulled her back and she then managed to flick the stern round to reverse up on the landing. Del jumped on but we had now grounded and the bow was heading for the bridge. Idling off the mud Derwent6 dropped back in the water just missing the bridge.. Phew!
We then managed to turn back into the flow and let out a sigh of relief with only a few scratches, believe me there was no time for photo's.
It just goes to show, treat the Thames with respect of it will bite you..  Al wanted to have another go at the mooring but Del said thank our lucky stars and lets pay eight pound tonight if we have to..
we went through Old Windsor Lock (still on our own) and then looked for a mooring on the Island. It was now late in the day so no chance but there was still a few moorings in the inside so we pulled across and slipped in under the trees.. yep the beers were out to calm our nerves. 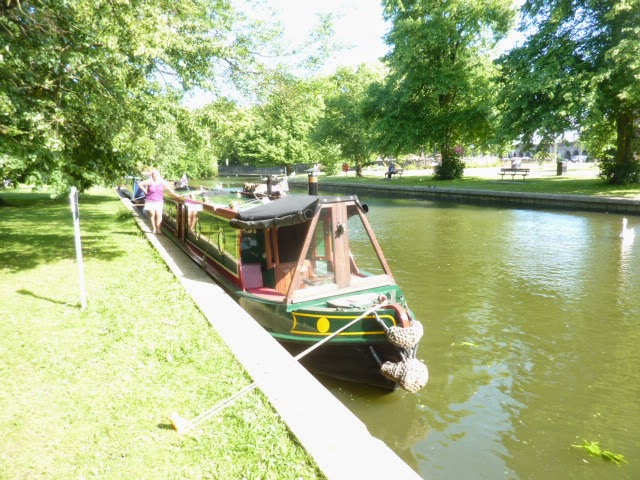 While we were starting to feel better we decided to go out for something to eat.. We had some Tesco's Vouchers left so we thought we would use them at Zizzi's in Windsor. It was a nice walk through the park and along the Thames to the restaurant. 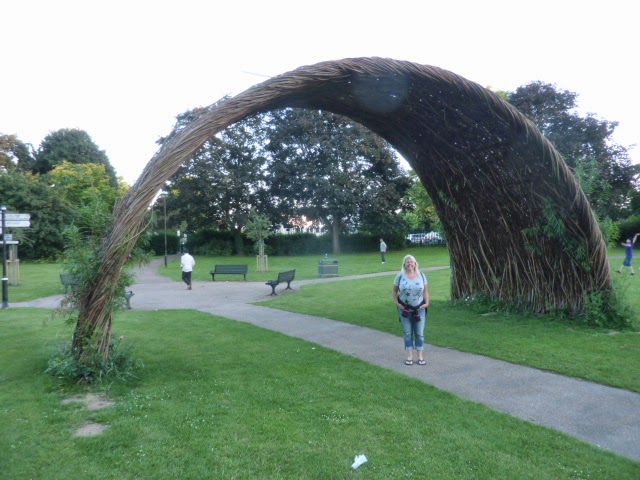 We had a lovely time and cheap with our thirty pounds off... 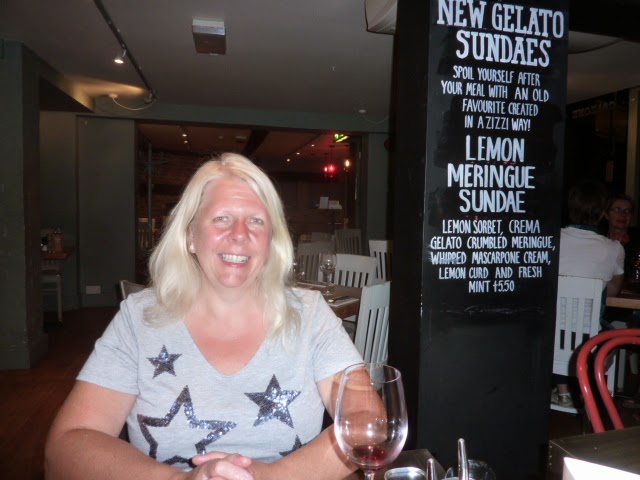 It was a nice warm evening to walk back where we had a glass of wine in the cratch before bed..
Posted by Del and Al at 10:28 AM

Wow, you were lucky, do take care down there and enjoy your summer cruise.

Hi, I'm intrigued by you using Tesco vouchers in a restaurant. I thought you could only get them by stating which restaurant you wanted to go to. Do you know otherwise??

Where are you heading after Windsor? We are on the K & A at present and will be on the Thames around June 23rd.

Hi Linda, you're right, you do have to change the Tesco vouchers online and pick which restaurant you want to go to, but it's quick and easy. Hope to see you, will be making our way slowly up river...