We have had a relaxing time here at Windsor.. It has been fun and we have everything we need.. It is also handy that we can get the telly signal ok for the World Cup and if we fancy it we can go to a pub.. It does have its draw backs though.. We get woken up by the late night football fans, the swans peck Derwent6, and we get the train going by and planes going over from six in the morning....and it was going to be a late night with England playing Italy.
On Sunday we were woken up by screaming and shouting as there was a Triathlon going on and they started the swimming section in the Thames at 6.30am, not good after a late night and after England lost. 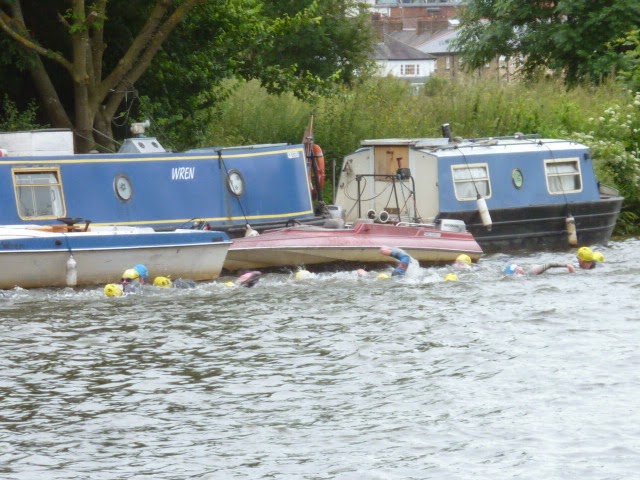 In the end we had to get up and watch what was going on.. 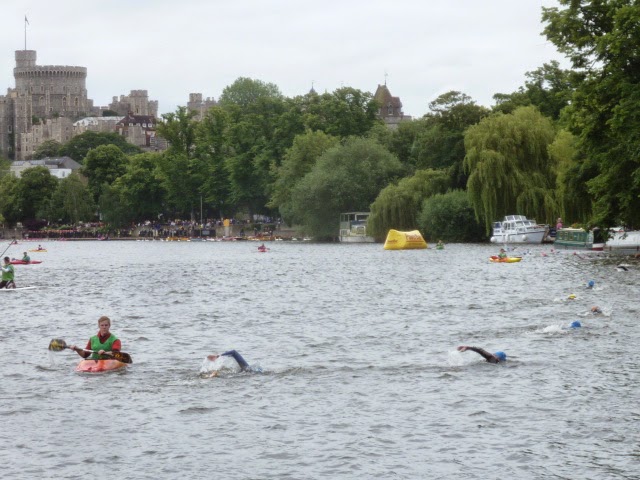 They were swimming up and down the Thames just on the other side of the Island we are on, so we watched them for a bit. We then walked up to the end where they were getting out of the water already exhausted.. 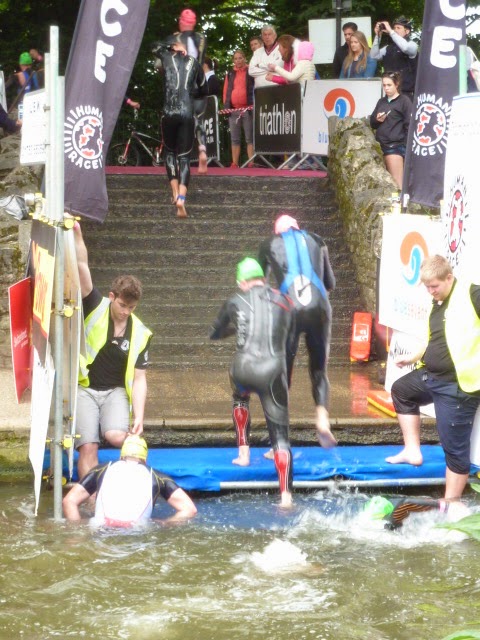 We then decided to have some breakfast with all this activity going on and then walked round to the finish line to welcome them back on the finish straight. 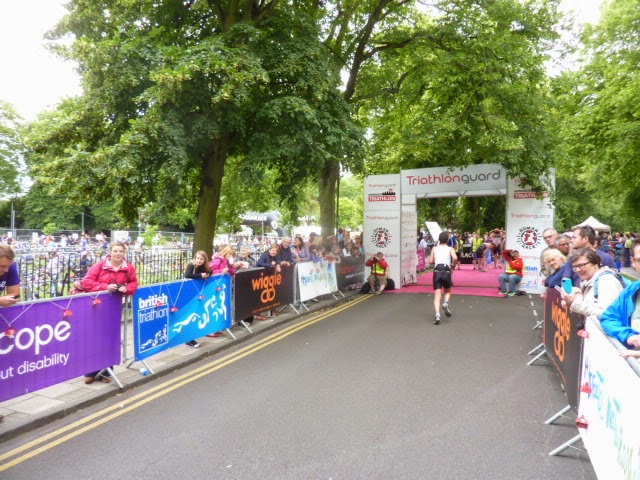 It was very inspiring and made you feel proud watching some of the older people get back and the look on their faces knowing they had done it.. 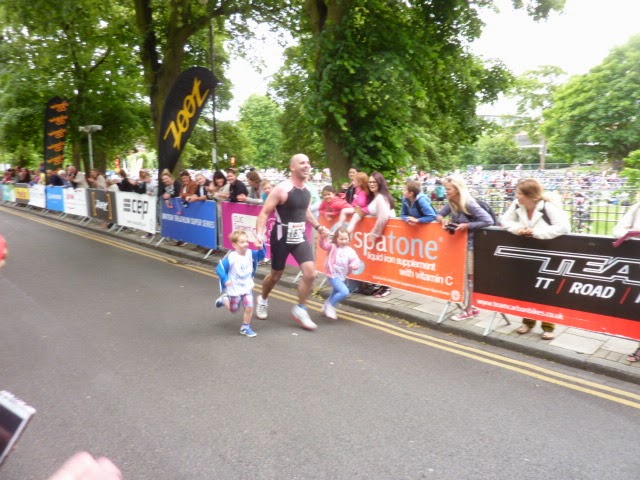 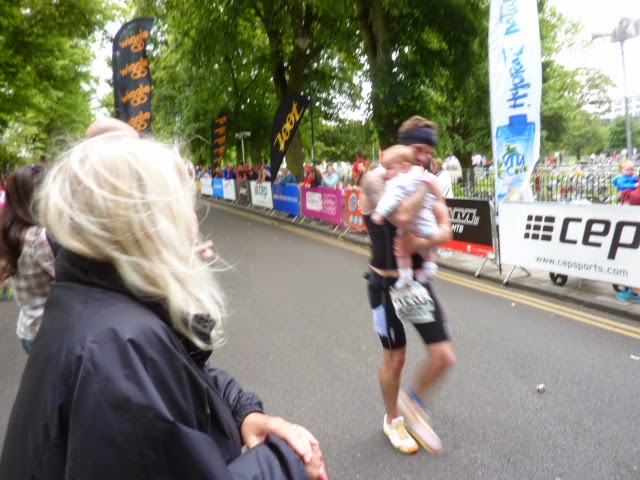 Del has run a Triathlon so he knows what it feels like.. It was won by a guy called Mark Buckingham and he was so fit he didn't even look like he had taken part at the finish.... 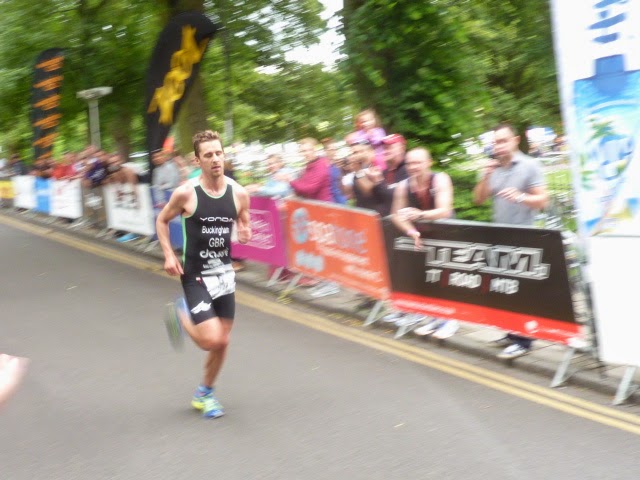 We then went back to Derwent6 and waited for friends Joy and Steve to turn up as they live half a hour away. 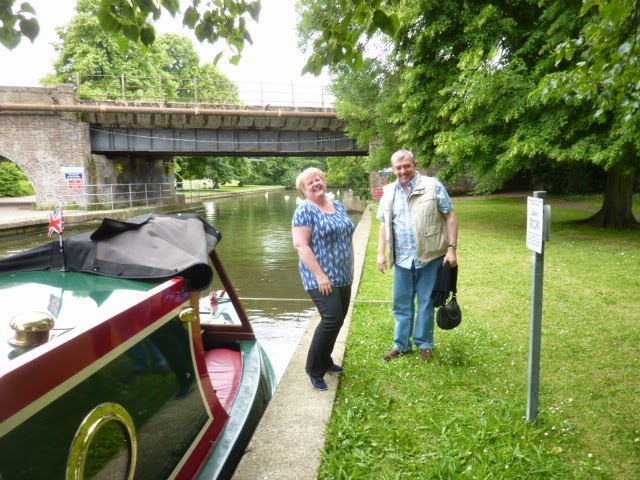 We sat out in the cratch and had a good catch up. We then fancied something to eat so we walked into town and went to La Tasca and had a mix of Tapas to pick at.. 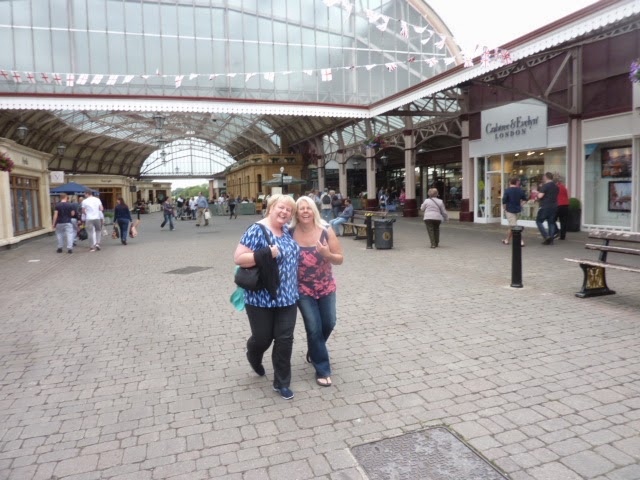 We saved ourselves for dessert as Al had some cake back on Derwent6. 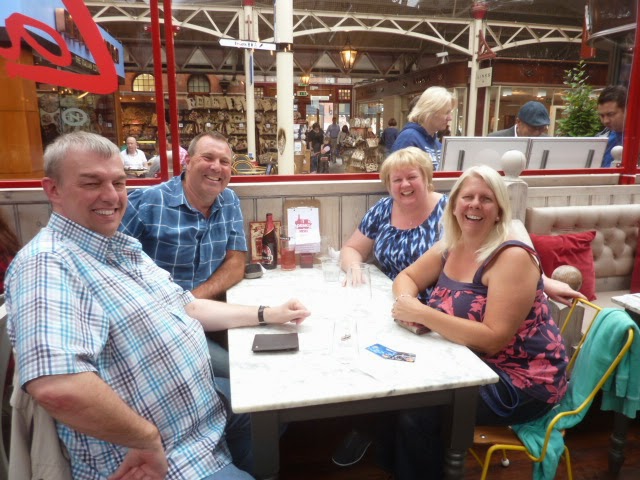 We walked back along the river and then got the kettle on for coffee and carrot cake and a lot more chatting.. It was lovely to see them both..
In the evening it was football again, but we were falling asleep and couldn't last out for the Argentina game because of our early start....
Posted by Del and Al at 12:06 PM

Make sure you put your anchor out whilst moored on the river, then if your ropes are undone or cut you don't end up floating over a weir!