We were up early, but the crew of Tanya and Sam were not. It was a good job really as we were iced in. 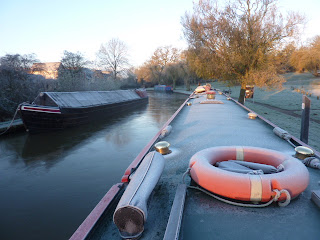 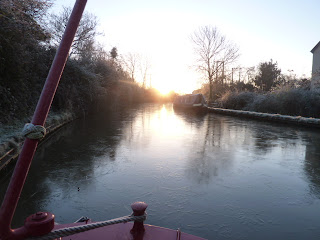 The other thing was that Del could hear the water pump going on and off all night, and on inspection found the Water tank to be dripping again Aggggghhhhhhh!!!!
So after a quick phone call to Fernwood our boat builders we then phoned Midland Chandlers who now have one waiting in stock under our name. The plan was to move today up to Hawksbury Junction as we had a table booked at The Greyhound pub, but being iced in stopped that and we had to cancel. It was a funny morning as it warmed up very quickly and even started to rain at one point and the ice on the canal melted, but decision made we won't be moving. The crew woke up at mid day (yes midday) and we just managed to catch the fire from going out. After bacon butties we thought we would walk into Rugby and play a bit of Ten Pin Bowling. 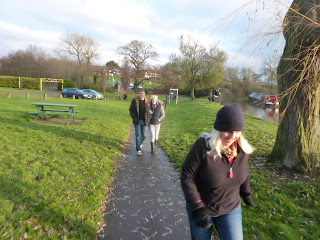 We had a great time and the boys won one game each so it was all fair play. 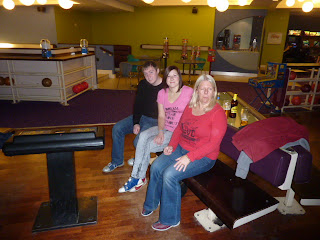 We also got in a bit of Basketball. 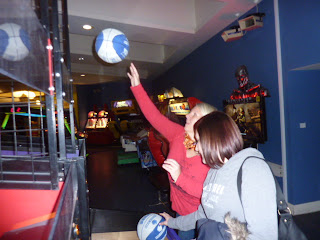 We then went back to Derwent6 to warm up a bit and have some nibbles. We ended up watching a DVD in the afternoon until Al's Strictly. In the evening we went to Frankie and Benny's and joined all the Christmas party's in there. It created a good atmosphere and we all chatted the night away. 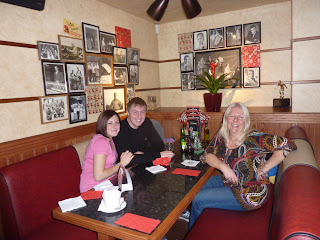 On the walk back it was freezing and the canal was already frozen again. Derwent6 was very toasty and it was too inviting not to get straight to bed. We had to turn off the hot water first.......
Posted by Del and Al at 9:50 AM