Late last night a boat came past us and in the morning taking our tea to bed, we realised who it was. It was Mark on the coal boat n.b Calisto, who had moored in front of us. We also noticed it had snowed and there was ice on the canal, but it was turning into a beautiful day. 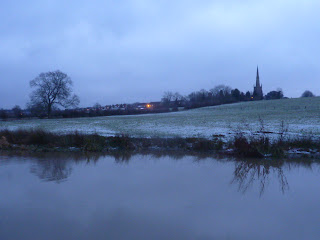 So, another early start was on the cards as we needed some diesel, gas and coal. Del had to get the gas bottle out and Mark was ready waiting for us. He got the coal and then reversed up and filled us with diesel. Believe me it's been an expensive week! 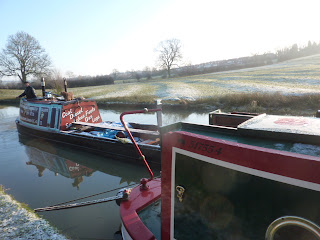 The good news was we never heard the water pump going in the night so hopefully we have no more leaks. We now have an old calorifier on board and we know a place at Rugby where we should be able to exchange it.
When Mark had cleared us, we set of to turn at Braunston. The ice on the cut had turned slushy and we managed to get on the elsan point where we did a manual pumpout, at least that saved us some money. 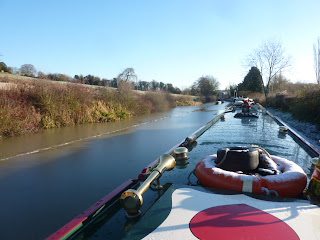 After turning we made our way back to Rugby, it was glorious cruising and we had the cut all to ourselves, but it was damn cold. 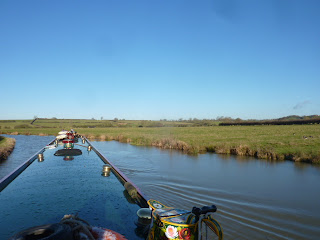 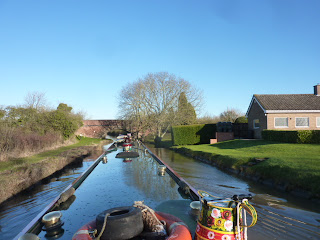 We soon got to Hillmorton Locks where we met our first boat which put all the locks in our favour. 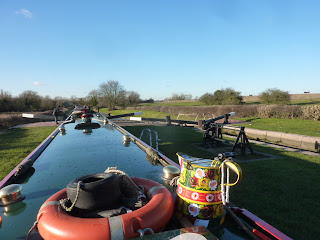 At the bottom lock we got rid of the big box the calorifier came in and also our rubbish. We then stopped as it was just getting too cold to cruise any further. 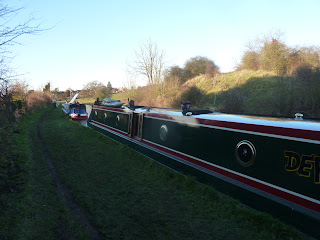 Also Del wanted to chop up some more wood as we were running low and this cold weather is going to continue. When it got dark, it was nice to put our feet up by the warming fire and the Christmas tree.
Posted by Del and Al at 10:33 AM