We're on the Thrupp

We had eleven hours sleep last night and still feel tired from the last few days.. We started the day with a nice breakfast out in the cratch in the sunshine before we decided to set off. We thought we would go through Isis lock and up the Oxford rather then taking Duke's Cut this time, mainly to get a feel of what developments had occurred at the lower end of the Oxford canal. It has probably been eight or nine years since we last did this section. We took all the things off the roof to make sure we could get under the bridges but as we took the turn we knew we had no problem getting under them. 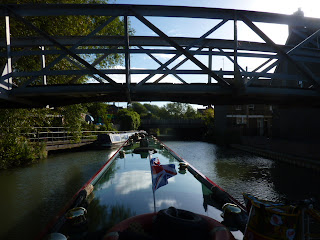 We got to Isis Lock and soon got on the Oxford canal, you just get a feeling of calm once you're back on the canals, we don't know why! 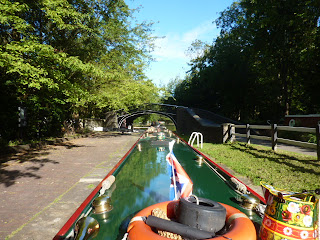 We always thought the moorings were poor down this section, but in fact they have improved a lot. It was also busy with hire boats, but it was still very pleasant. 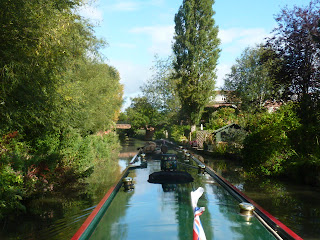 It takes a lot longer than going up the Thames. You have one less lock but you do have two lift bridges to deal with, also there are a lot of moored boats so you're on tickover for most of the way.
We headed up Dukes Lock and headed north towards Thrupp, helping out a few boaters on the way who were stuck in shallow water. 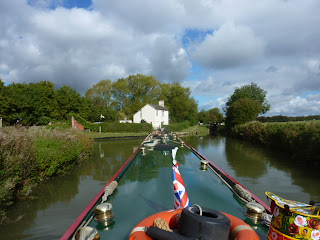 When we arrived at Thrupp we got ourselves moored up and then took a walk along as Al had a few books to take to the swap at the water point, and on the way we spotted Bone's walking the dogs. After a chat we went along to wounded Maffi with his Terminator leg, and caught up with all the local gossip. 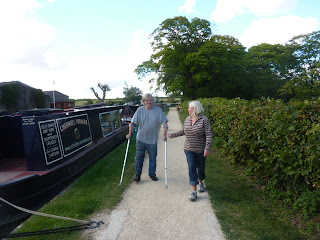 Then it was back to Derwent6 for something to eat and a chill out in the evening.....
Posted by Del and Al at 4:36 PM