An Early start for a mooring

We were up at the crack of dawn and the mist was still on the water and the skies were blue. Perfect! 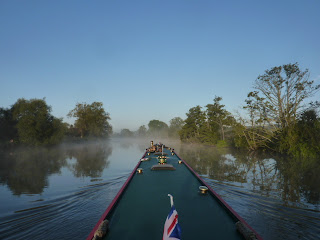 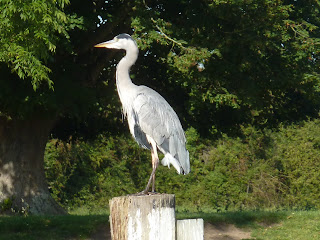 We crept quietly up to Sonning lock and got in just before a hotel boat arrived. 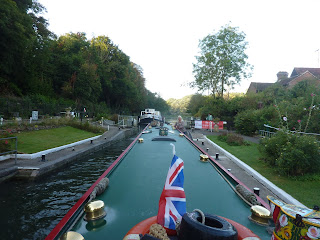 It was then a slow trip down towards Reading. The plan was we were going to go to Tesco's but when we arrived all the moorings were taken and nobody seemed to be moving, so we ended up carrying on. 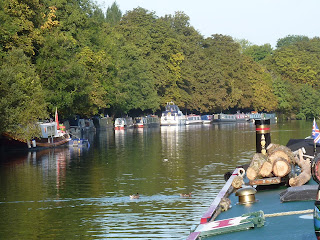 We were also going to get diesel but made the decision that we had enough for the time being, saving money on the Thames prices.
The lock keeper arrived just as we entered Caversham lock which made it a lot easier. It really started to warm up as we came out the other side of Reading. 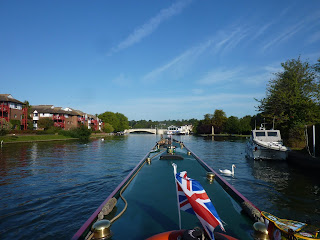 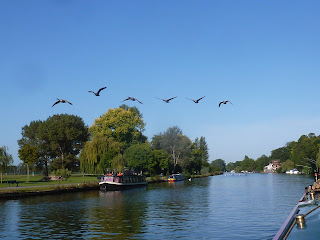 We got to Mapledurham lock where suddenly seven boats had joined us in the lock. As we made our way to Pangbourne they all passed us and we thought we would never get a mooring on the meadows. 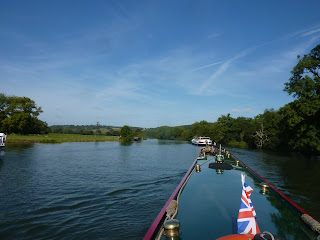 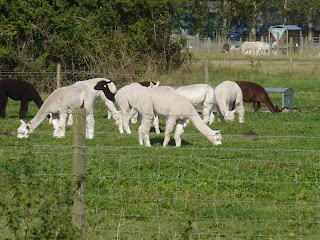 We were surprised that there were quiet a few when we arrived, and most of the boats which passed us were queuing at the next lock. 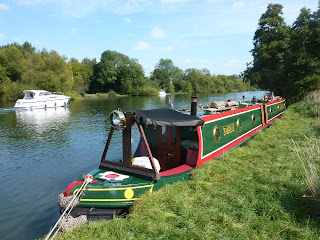 After making sure we had telly for tonight, we walked into Pangbourne as we had nothing to eat on board Derwent6. We picked up a load of BBQ stuff from the local butcher and salad from the Co-Op. It was a lovely hot day and Del did the brasses in the afternoon while Al read her book. It was nice to rest after the last few long days we have had. We lit the BBQ at 3.00pm and had just the best minty lamb chops and sausages we have had for a long time. Pigged out, we sat and watched telly in the evening including Strictly (yes it's back on!)
Posted by Del and Al at 8:19 PM