The alarm went off at 6.15am this morning, yep we're on a mission... We left our mooring at Windsor at 7.00am and got through Romney Lock. We still tried to be clever and hold Derwent6 on the centre rope, it don't work!!!
It was all quiet through Windsor except for the sea of swans ahead of us. 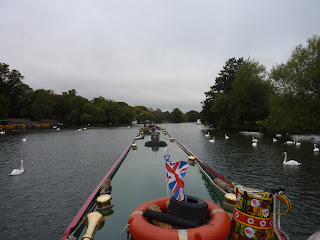 We wish all graffiti looked like this.... What a talent this fella had... 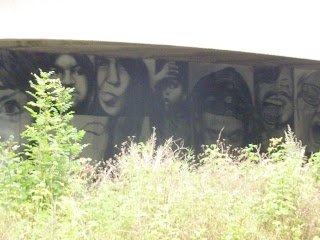 We stopped at Boveney Lock where we got a pump out. We were a bit annoyed that the machine cut out while we were rinsing the tank, but at least we were nearly empty.
We pushed on to Bray Lock, one of our favourite spots, where the lock controls have now all been painted gold as a tribute to the Olympic winners, and were soon passing all the millionaire houses. 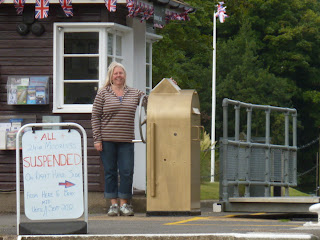 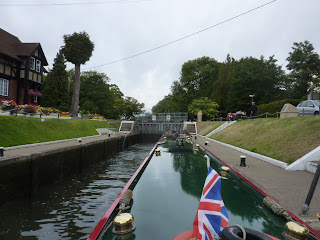 It was nice to see a lot of the stars in at this time of the year, we even got a wave from some of them, probably was the housekeeper.. 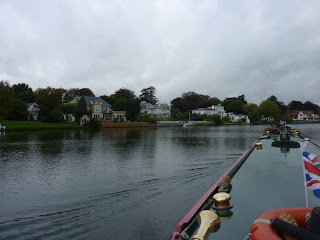 We got through Maidenhead and passed Cliveden house on the hill going through Cookham Lock. 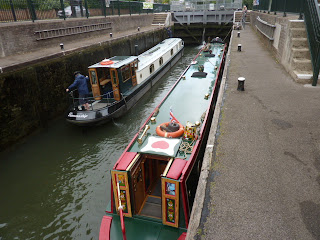 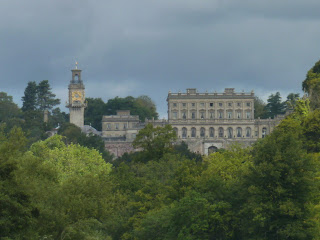 With things going well, we pressed on to Marlow just before the locky went to lunch. Even though there were moorings available we cracked on. 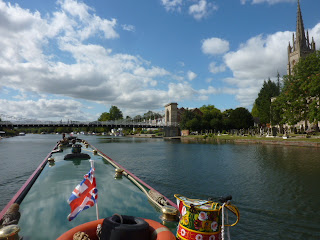 When we got to Temple Lock the lock keeper was at lunch, and to make things worse the power was out so we had to manually do the gates and paddles, with not much help from the other boat we had in the lock with us. Just round the corner from here is Hurley Lock and we had a queue of three boats in front of us. " No Locky, there is a power cut and the wheel doesn't work the gates manually, we've been here for a hour" Time for lunch we thought, but just as we went inside to make it, the locky turned up and funny the power was on. Hmmm 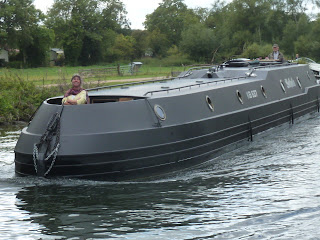 We had the strong wind in our faces and the sweat shirt was going on and off in the spells of sunshine, but we eventually got to Henley. 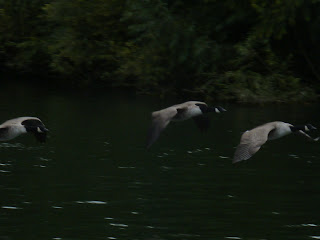 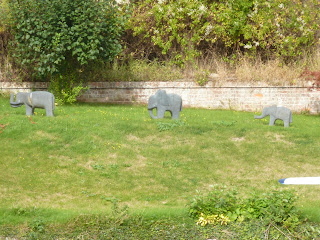 We passed a massive wedding going on in one of the hotels and Henley was it's normal busy self. 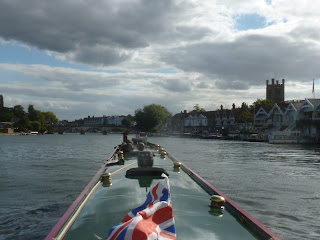 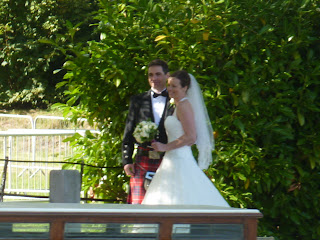 We were on a roll now and after going through Marsh Lock we passed the fancy houses of Wargrave, before we hit Shiplake, another of our favourite spots. 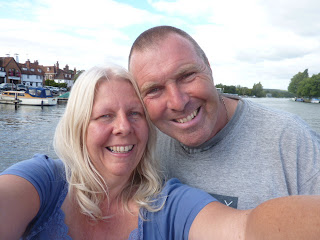 We took on water here and then went on to find our secret spot, well it's not secret anymore because someone was on it. 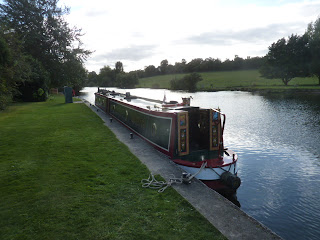 We had to reverse back to option number two, still a pretty, and free, mooring. 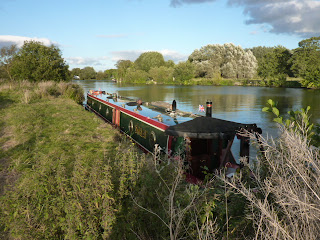 While Del was jumping off his leg gave way and before he knew it he had one foot in the Thames up to his knee! With a wet foot we set everything up for the night, and after twenty six miles ( a marathon) and eleven locks it's no wonder we were knackered.
Posted by Del and Al at 7:41 PM

You were just an hour or so behind us all day yesterday - we’re at Sonning and will be in Reading today - maybe see you there?