Guildford for the Doctor

We were up early as Thomas was going to be picked up today, but as you all know things change and Thomas heard the news that he was going to be picked up tomorrow instead. After rejoycing round Derwent6 we then made the decision to move. Al and Thomas first went into town and picked up Al's rucksack which had been finished, and we were very pleased with it. Thomas is a big Doctor Who fan and he wanted the new magazine which came out today, also the new series starts tonight (best get a tv signal then!)
It was a good day for cruising so we first moved onto the water point. This was not because we needed water but to help us get under the low bridges as the water levels had risen since the last time we went under them. Al popped into the close Sainsburys and we loaded on the weekly shopping. We got to the first lock and Thomas and Al had a very good routine going with the lock gates. As we were going down it made things a lot easier. 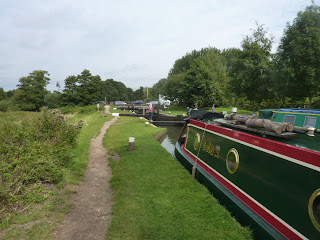 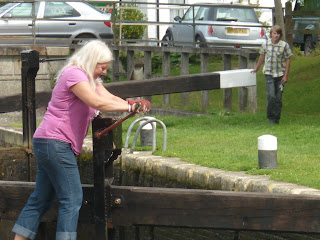 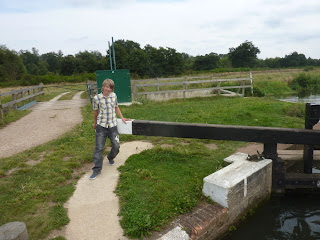 It was lovely countryside and loads of people were out & about while we went through the next couple of locks. 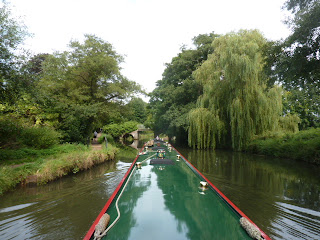 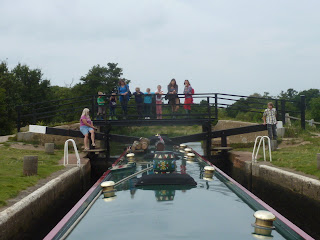 We got to the low bridge and we had just three inches clear of the lamp on the front, a bit close for comfort and a good job we filled with water.. 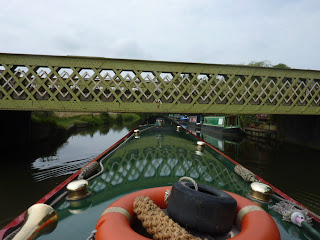 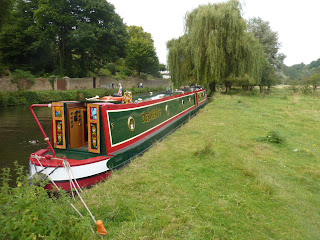