We left early from Derwent6 and got the train from Tring station and arrived at Terry & Len's (Del's Stepmum and Dad) in Birchington on sea, Kent, at around 1.30pm. We were greeted by a new family member to the house, "Bibby" a kitten only just over six weeks old. She is so cute! 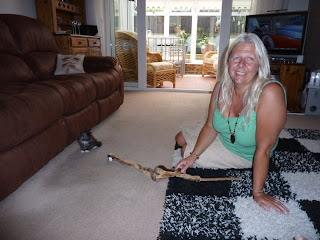 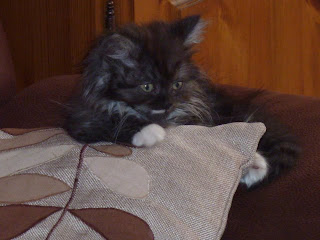 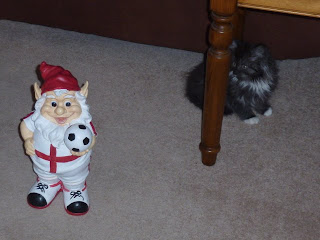 The afternoon was spent watching the football and playing with the cat.

In the evening we were met by Bernie and Sarah, Karen and Rob and Kerry and Sam. We all went out for a meal at the Minnis restaurant with some great views of the beach and we were able to eat while we watched the sunset. 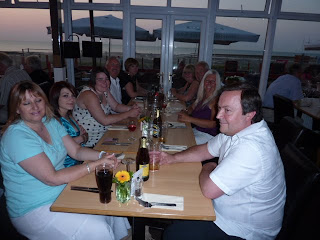 We stayed the night at Terry and Len's and prepared ourselves for the big day when England were playing Germany. A big BBQ had been prepared and banners put up all round the garden. 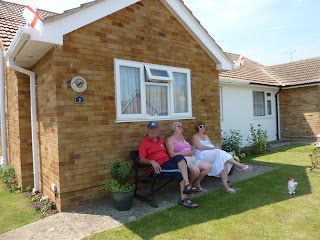 The weather had just been the best this year with hot temperatures of 30 degrees so we went for a walk and a paddle on the beach.. 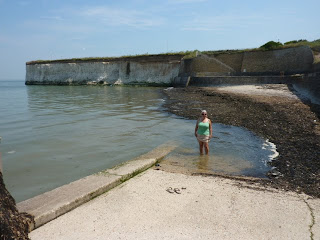 We then all watched the Grand Prix and then the Football...a big disappointment as we all know, but we didn't let it spoil our day. 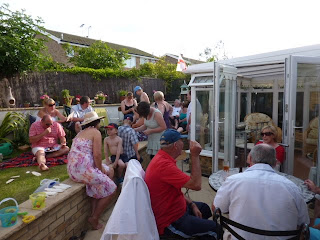 The BBQ went long into the evening as we waited for it to be cool enough before we went to bed.

We got up early as it was Terry's Birthday (21 again). We watched her open all her cards and presents before we were taken down to the station for our return journey back to Derwent6. We managed to get some good connections and it only took us two and a half hours door to boat. 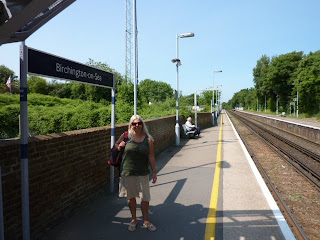 When we opened the door on Derwent6 it was so hot inside, so all the windows came out to get some air flowing. We watched the football and had something to eat (a few leftovers from the BBQ.....thanks Tel) and then chilled in the cool area of the cratch. In the evening we had a walk along the towpath as it got a bit cooler.
Posted by Del and Al at 4:03 PM

What a fantastic weekend we all had.Thankyou so much for being pert of it!!!!!!!!!!!Lots of love Telxxx